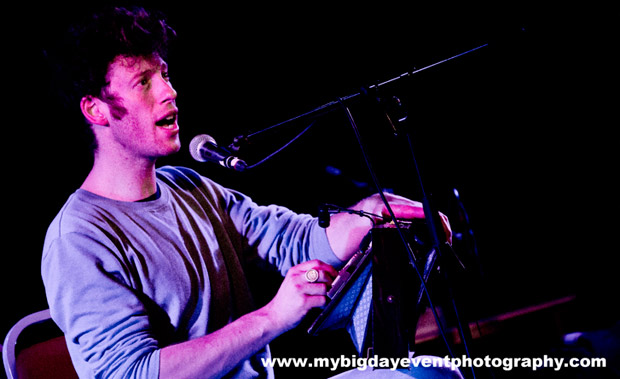 Sam Lee clearly loves great songs, unusual musical instruments and the joy of collaboration, and when he brought an evening of British gypsy songs to The Brudenell in Leeds on Wednesday, March 13th, all of these passions were on show.  Backed by a group of sympathetic and talented musicians who wove complex musical motifs behind his vocals, Lee reshaped his material with stylings that invoked variously the spirits of cool jazz, free jazz, world music and funk as well as of the folk tradition.

According to the press there’s a folk revival going on in the U.K. at present, led by the likes of Noah & The Whale (QRO live review) and Mumford & Sons (QRO live review), but Lee represents a strand of the folk scene that simultaneously breaks new ground while remaining diligently and respectfully close to its source material.  He is clearly an enthusiast of the songs of the people and the oral tradition, and he speaks with reverence of his teachers and of those in the traveller communities up and down the country from whom he has learned. 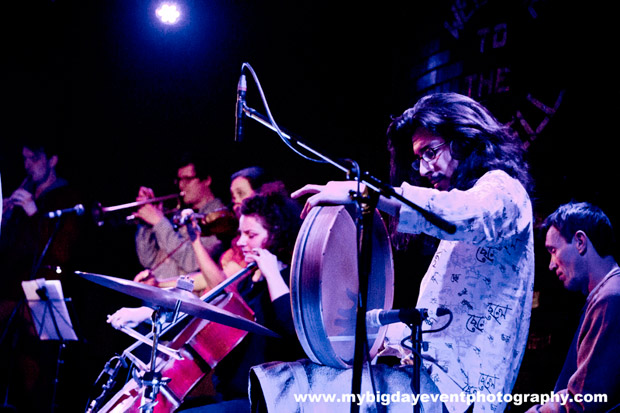 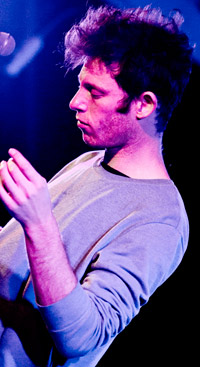 His vocal is very much in the English folk style, careful and clearly enunciated and rhythmic, but he also seems to incorporate ideas from other styles of music, sometimes recalling plainsong and sometimes Islamic traditional.  The overall effect of his collaboration with the band was constantly innovative and surprising.  Songs like “Over Yonders Hill There Is an Alehouse”, “The Tanyard Slide” and “The Ballad of George Collins” seemed to take wings and fly when given this unfamiliar treatment, both new and ancient at the same time.

For a headliner Lee is very modest – he seemed equally happy to be singing himself or letting others take the spotlight.  The show opened and closed with performances by the remarkable Irish traveller singer Tom McCarthy performing material from his repertoire of little known folk songs about mad women and men with no balls at all, and Lee also frequently allowed the band to come to the fore as he danced hepcat style with eyes half closed at the microphone, while the instruments, an unusual combination of percussion, cello, violin, banjo and trumpet, took turns in taking the lead.  The trumpet in particular gave the songs a whole new feel – at times we might have been in a cellar bar in 1950s Paris or New York rather than a social club in Leeds.

As for instruments a highlight of the night was the koto, a large Japanese stringed instrument, but the Jew’s harp also featured prominently, as did the shruti box, an Indian accordion on which Lee accompanied himself on several songs.  Since these were mostly gypsy songs that we were hearing and they and the instrument shared a geographical origin it served to neatly symbolize the mix of the ancient and modern which was on show and the interconnectedness of the many apparently diverse genres from which Lee draws inspiration.  At the end one was left with the happy knowledge that while these songs may not get a lot of play on the media there is certainly no danger of them withering and dying away, so long as they are refreshed and delivered so lovingly by performers of the caliber of Lee and his associates – a fine night indeed and Lee will play the Greystones in Sheffield on March 20th. 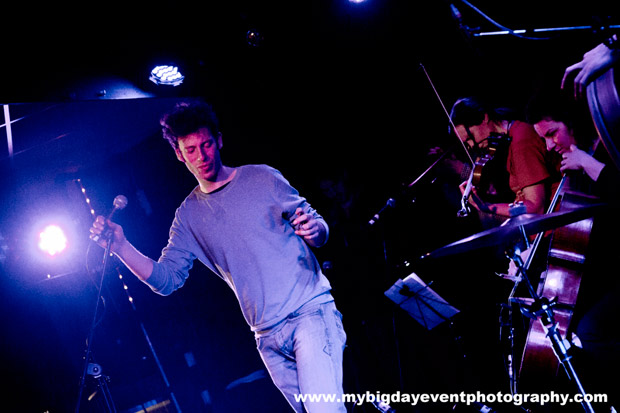 How To Destroy Angels – Welcome Oblivion