It’s been a long journey for Eric Elbogen, yet, in a way, he’s back where he started.... 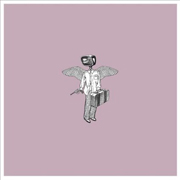 It’s been a long journey for Eric Elbogen, yet, in a way, he’s back where he started. The man/band formerly known as Say Hi To Your Mom once sang about robots and vampires, but then dropped the last three words to his nom-de-plume and aged up his lyrics while shifting his sound from its early solo indietronic days. Yet with Endless Wonder, Elbogen returns to his indietronic synth roots, but in a thoroughly modern way.

Starting with opener “Hurt In the Morning”, Endless Wonder is cool in a way that you never thought a guy who once sang about two characters from Buffy the Vampire Slayer spin-off Angel could be. Elbogen has been hitting the synths since long before today’s keyboard (chill)wave, but while Wonder has that bedroom-recorded intimate feel, it doesn’t go overboard in emotion, just simply lays it out on sad songs like “Critters” and “Sweat Like the Dew”. And Elbogen stays simple-but-effective when pressing (“When I Think About You”) or even boogie (“Like Apples Like Pears”).

Before laptop-pop there was indietronica, and Eric Elbogen emerged from that movement, then moved on (including – gasp – leaving Brooklyn). He’s returned his focus to his keyboards, but in a mature way. He probably doesn’t even realize that ‘Endless Wonder’ was also the tag line to the recently concluded SyFy series, Warehouse 13. Probably…

Say Hi – When I Think About You