It’s thirty years since Kirk Brandon got together with Stan Stammers to form Spear of Destiny.... 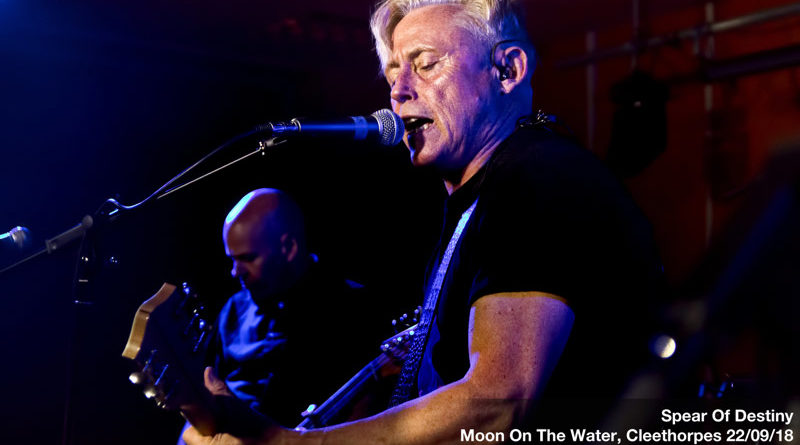 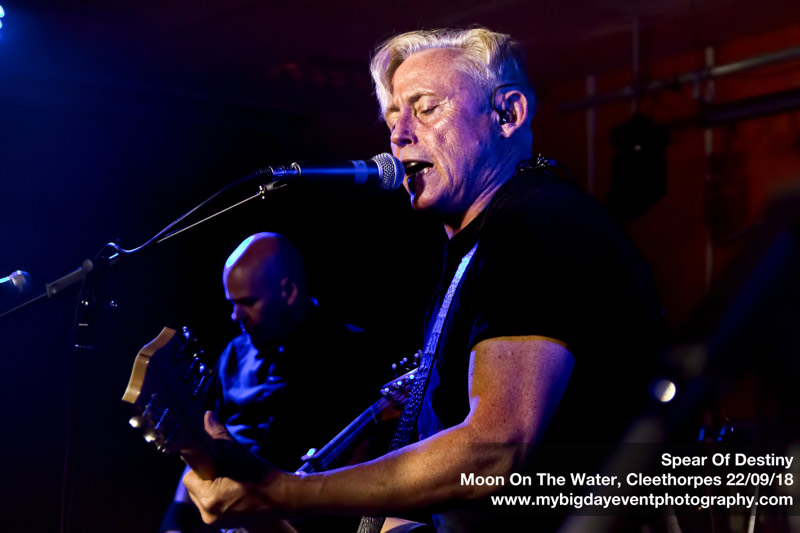 It’s thirty years since Kirk Brandon got together with Stan Stammers to form Spear of Destiny, and their new album Tontine is the band’s fourteenth. It has drawn high praise from fans and critics alike, regarded by many as a return to their very best form and certainly if the band’s show at Moon On The Water in Cleethorpes on Saturday, September 22nd, is anything to go by the band are on the crest of a wave. 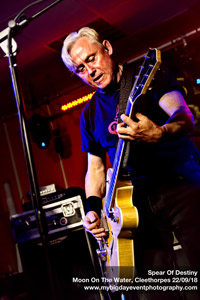 The set list was made up of plenty of classics and lots of the new stuff, and it was striking how well the two sets of songs fits together, full of emotional and anger and dark humour.

The line-up has always been a changeable thing but the present A team. With ex-Sister of Mercy bassist Craig Adams and New Model Army guitarist Adrian Portas on board it is one of the strongest in ages, with Portas’ guitar blending particularly well with Steve Allen-Jones’ keys to underpin the melodies and provide an stylish counterpoint to the full force of Brandon’s vocal. Phil Martini on drums completes the set-up.

Brandon was on great form – his vocals full of anger and irony – but he’s still one of the best singers of his generation, not just one of the traditional punk shouters. There’s always something faintly operatic – ecclesiastical even – about his delivery. Fact is there are no small Spear of Destiny songs. Put him behind a pulpit and Brandon would be a fine fire and brimstone preacher. A cheerful one though – he certainly looked like he’s enjoying himself this night. 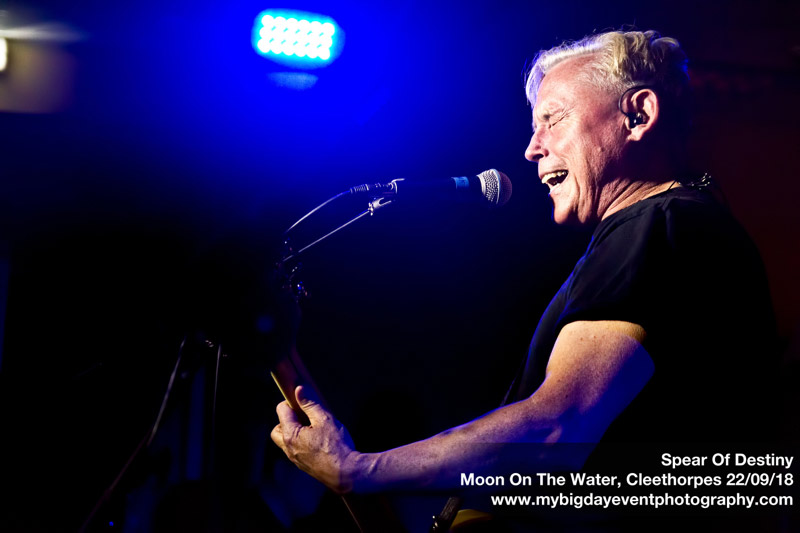 The fans were happy too. There was a good crowd in at The Moon – not packed out, but getting to be a tight fit for this up-and-coming venue that is increasingly coming to be the natural home of live music in the town – and there was plenty of energetic dancing, and even one of the most age inappropriate mosh pits I’ve seen in a long time. 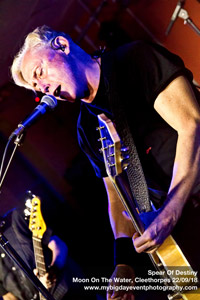 Tontine is packed with excellent story songs, like “Brighton”, which references the mods and rockers shenanigans, “Enigma” (about Brandon’s father’s life in post-war London) and “Mr Livingston” stood seamlessly alongside the classics, in particular an explosive “Liberator”, which brought the pit to crisis point.

Great stuff – if you get the chance you should catch the band while their on tour – and add a copy of Tontine to your record collection, and if you’re in Cleethorpes or thereabouts and you’re looking for some great music to wrap your lugs around you can find the Moon On The Water on the seafront near the big wheel or at www.moononthewater.co.uk 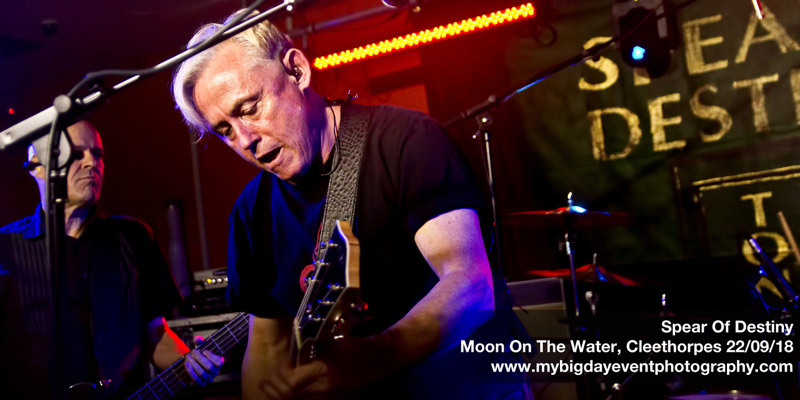