Americana dominated the day at Galaxy Room, while the night at Mohawk showcased how – and how not – to go from laptop to live.

We had a trio of correspondents covering South-by-Southwest in 2010: Abby Johnston, Robin Sinhababu and Ted Chase.  This is Abby’s recap of Day Two; Robin’s is here, and Ted’s is here. 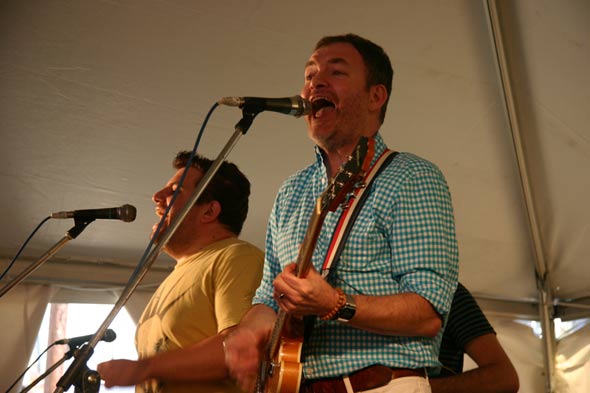 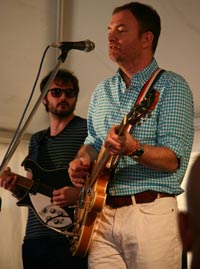 There has been a serious hole in music since indie-pioneers Beulah broke up in 2004, and I’ll have to admit I was a bit apprehensive when the former lead singer Miles Kurosky and a band that WASN’T BEULAH took the stage.  Kurosky, however, seems eager to jump back into the music business and played the show like an excited newcomer and not a ‘been there, done that’ veteran.

Although his solo debut, Desert of Shallow Effects, is less than stellar compared to his Beulah days, the live show was a clean mix between solo works and Beulah favorites.  Kurosky even pulled two die hard Beulah fans up to sing along.  Funniest moment of the set: Watching Beulah fans hugging the stage and struggling to sing lyrics from his new stuff.  Chill out guys, we forgive you for not knowing. 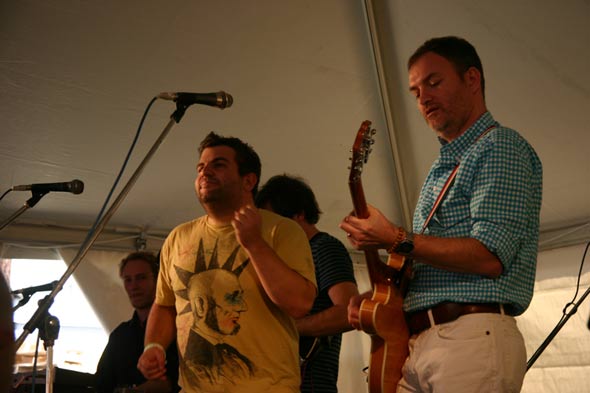 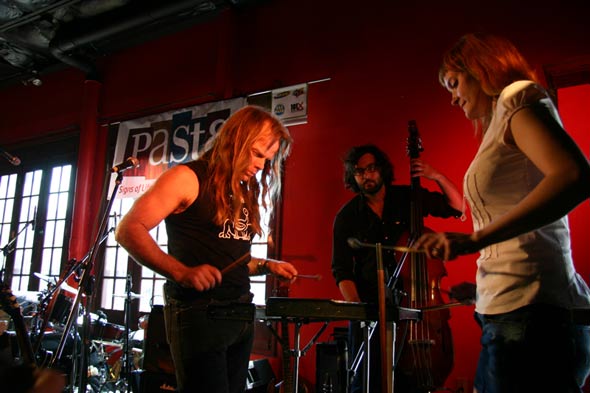 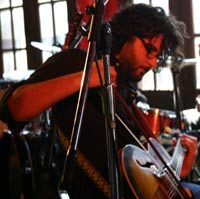 As an Austenite, it was neat to see a lot of people watch Shearwater work their magic for the first time.  I won’t act like they are a local secret, Shearwater has been around for a long while, but seeing and hearing their floating, ambient music break the restrictive boundaries of headphones is a unique opportunity.  The band seemed to float through the set, lucidly producing a vibrating, window-rattling sound from typically soft instruments.

Perhaps one of the most intense moments came from the least intense instrument possible – the vibraphone.  Upright bassist Kim Burke and percussionist Thor Harris took opposite sides of the vibraphone, overlapping individual melodies for two-minute vibraphone solo. 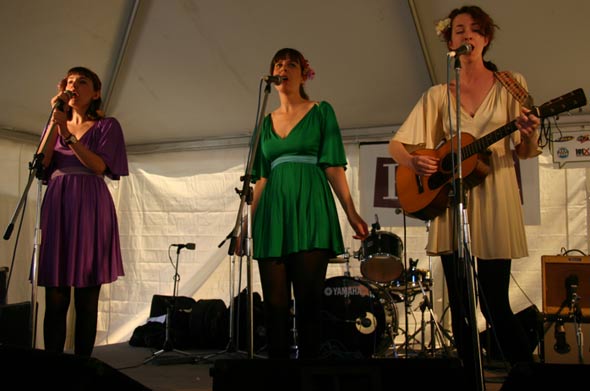 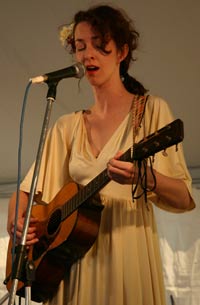 Living Sisters took an unfortunate spot in the line-up.  After seeing the intense but sleepy Shearwater (see above), the acoustic guitar and the three sweet, sweet voices of Living Sisters didn’t bode well with an antsy crowd.  But don’t feel bad; Living Sisters are tender rookies.  Becky Stark (Lavender Diamond), Inara George (The Bird and the Bee), and Eleni Mandell have been active in their own projects for a good part of the last decade.

Don’t get me wrong, they have a strikingly natural sound and pretty solid compositions, but the live show wasn’t necessarily something that would get you pumped up.  I would have, perhaps, taken this chance to lie down in the sun and listen to their bluegrass crooning, but it was too near the port-a-potties to be remotely comfortable. 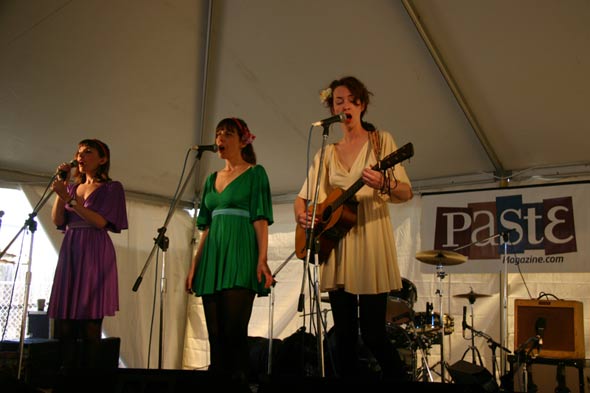 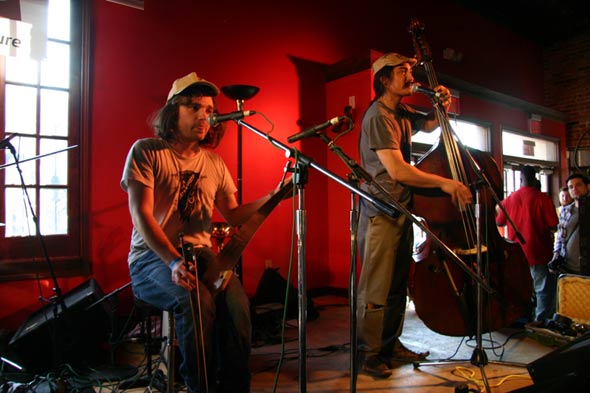 Click here for photos of The Low Anthem at Troubadour in Los Angeles, CA on October 23rd, 2009 in the QRO Concert Photo Gallery 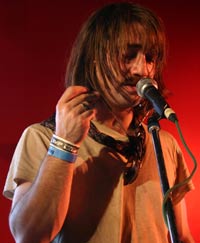 I couldn’t help but get a little giddy when I saw the members of the Low Anthem setting up.  So giddy, in fact, I was tempted to jump up and help Ben Knox Miller, Jeff Prystowsky, Jocie Adams and new member Mat Davidson so they could start wowing me with their flawlessly crafted music.  I managed to remain calm, though, and waited patiently for the band to finish crowding the stage with their seemingly endless instruments. 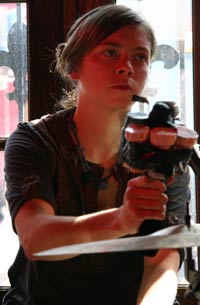 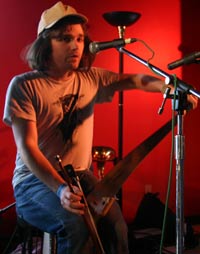 Finally, the set started and a complete hush went over the crowd.  Ben Knox Miller finally seems to have emerged as the leader, after a quiet back and forth between Knox and Prystowsky in the months before.  He took the lead on vocals each time, aside from one duet with Adams.  As usual, the band members played a game of musical chairs with the instruments, each taking turn in almost every department, using unique instruments like a saw and pill bottles as percussion elements.  The band previewed new material they have been working on, but still avoided the widely recognized "Charlie Darwin". 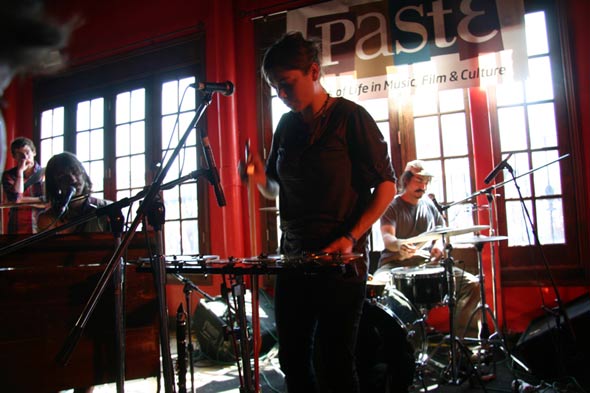 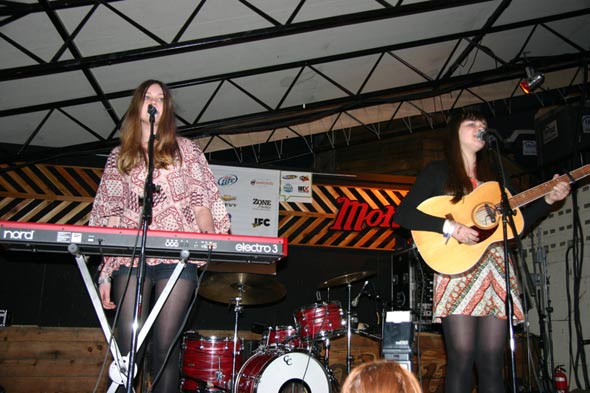 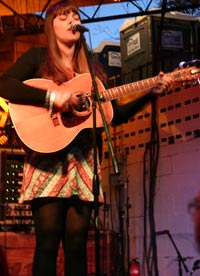 I don’t imagine that the large lines for the showcase were for First Aid Kit, but their honeyed vocals and clever lyrics quickly generated excited chatter.  When they mounted the stage, I couldn’t shake this strong feeling that I had seen them before.  It wasn’t until they covered Fleet Foxes’ "Tiger Mountain Peasant Song" that it hit me – I had seen this on YouTube!

Yet another product of the Internet buzz, sisters Johanna and Klara Soderburg of Sweden started First Aid Kit shortly after a YouTube video of them covering the same song caught national attention.  The girls’ original songs may not have the somber, chilling quality of their Fleet Foxes (QRO album review) homage, but they write sweet, bouncy songs that avoid showcasing teenage angst.  Klara, only 17, wouldn’t even regularly be permitted in Mohawk if she wasn’t performing.  Johanna leads the way at the ripe ol’ age of 19… 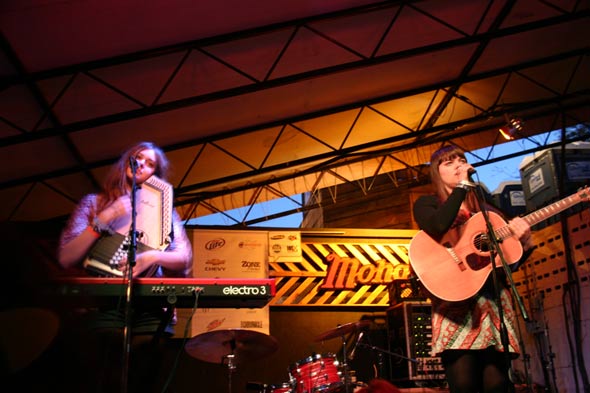 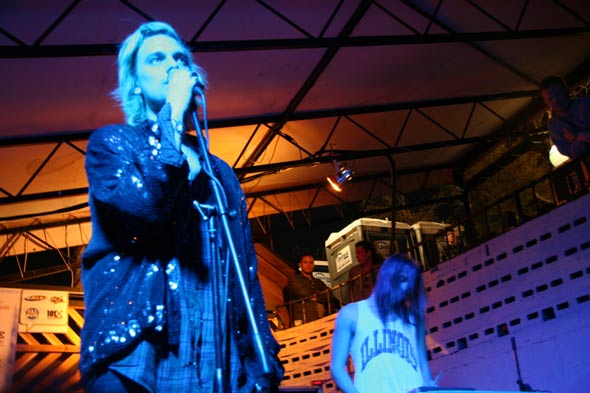 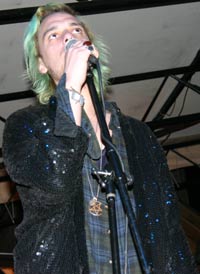 SALEM definitely caters to a certain niche.  They make no efforts to make their music more accessible, holding their gothic-based genre close, but adding in rap elements.  All in all, the live show is a bit of a disaster.  I hate to be so harsh, but it seems like I’m not alone in this opinion.  At least the crowd at Mohawk was courteous enough to hold their tongues.  At the Fader Fort later in the week, SALEM was actually booed off stage, which makes me wonder, why were they booked in the first place?  Their recordings aren’t necessarily any better than the actual performance.

They could have at least had some sort of theatrics involved, but instead it was a groaning singer, a disturbing rapper, and a keys and a drum pad.  It did spark my interest, however, to look for interviews to see if they are as mean/sad/vindictive as they look.  I found an interview with lead groaner John Holland, with Butt Magazine, a Dutch gay men’s publication.  Surprisingly, he seemed very open and congenial, even while speaking extensively about his previous experience in prostitution and little to none about his music. 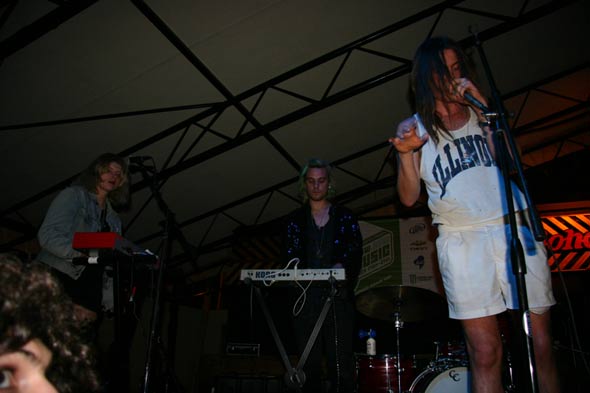 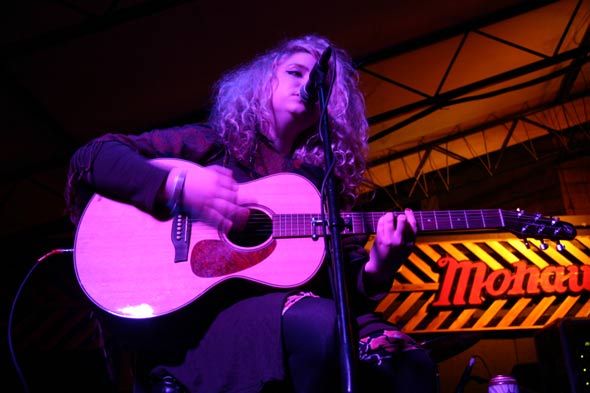 Click here for photos of jj at 2010 Big Ears Festival in Knoxville, TN in the QRO Concert Photo Gallery

I was ready for a pick up at this point, and jj was the wrong act to count on for that.  I’d been listening to their second album nº 3 for the last week, excited to catch one of their SXSW sets.  It never occurred how 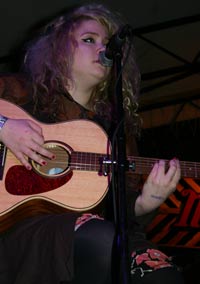 a live show would operate.  Before the debut of their latest album in March, jj seemed to be a ghost band.  For SXSW, they were a commodity at showcases.  The news quickly spread, however, that the fabled act might not be worth the time.

Elin Kastlander and Joakim Benon lazily set their sparse equipment up, Benon, the beats man, leaving quickly after pressing ‘play’ on his laptop.  This left Kastlander alone on the stage, and awkwardly, I might add.  Perched on a stool in the spotlight, Kastlander had to wait out the long, winding electronic intros, middles, and exits between singing parts.  These are gorgeous interludes on the album, but don’t translate well to a live performance.  Kastlander spent the time avoiding eye contact with anyone in the crowd, sipping her Lonestar beer, and rubbing her fuzzy blond mane on the microphone.  She did open the set with a strummed acoustic song, but quickly set the guitar down and relied on the beats. 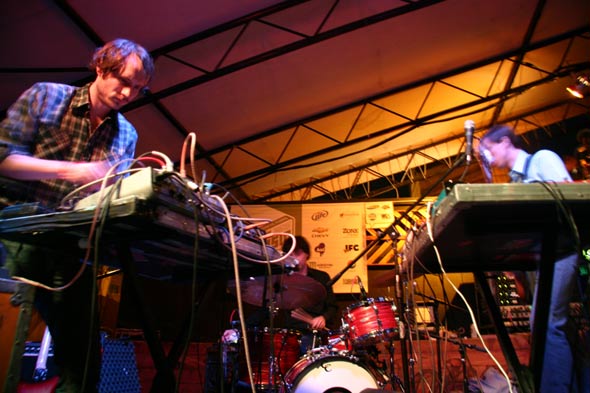 Their moniker may be a bit ostentatious, but Holy Fuck were, hands down, the best act of the night.  Equipped with soundboards, distortion pedals, and even some instruments thrown in the mix, Holy Fuck effortlessly commanded the crowd with their high-energy performance.  Bands that rely on technology for their performances sometimes get a bad rap for their live shows, some getting so lazy that they play pre-recorded cuts from laptops.  Holy Fuck is the perfect example of the kind of energy that electronic bands can potentially bring to a show.  The crowd was obviously ready for a boost, instantly changing from stagnant bystanders to a thriving dance party.