<img src="https://www.qromag.com/wp-content/uploads/2010/06/tameimpalajun1.jpg" alt=" " />Tame Impala's show at the Crystal Ballroom was so short and tight that all the songs seemed to blend into one. ... 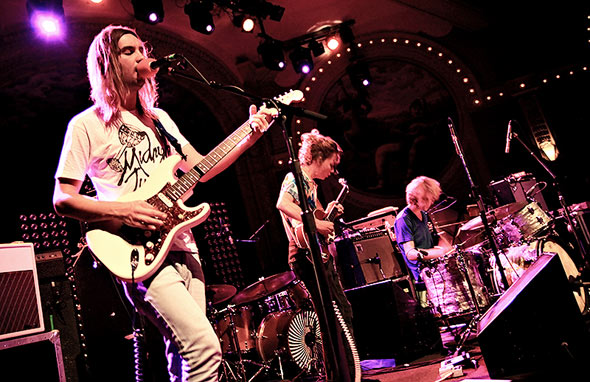 Tame Impala’s show at the Crystal Ballroom in Portland, Oregon on June 1st was so short and tight that all the songs seemed to blend into one.  Not a bad deal for a band that was obviously made to jam.  That being said, having a specific sound and inspiration, seemed to be a blessing in disguise for these barefooted, young Aussies from Perth.  Their concoction of cacophony took the crowd into a stony trip of psych-pop and flip fantasia, as they got the bouncy crowd primed and ready for MGMT (QRO review).  For those who care, here is their set list, in their own words: 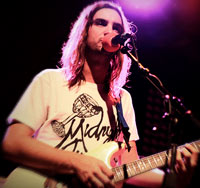 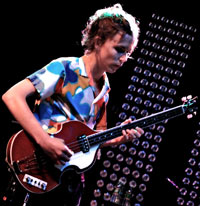 In reality, their complete set sounded like three long songs.  The first part had a Brit-pop beginning and an almost dancey beat.  “Desire by Desire Go” had a great chord progression which lead singer Kevin Parker mimicked vocally.  Somehow and without warning this became “Make Up Mind,” and eventually the very captivating “Alter Ego”.  What was lacking in lyrics was made up in rhythm, with some attractively sloppy drumming played way up front, and above the vocals.  It is obvious that Perth, Australia’s sunny beaches and isolation to other large cities serve as a backdrop to Tame Impala as they remind us of the original Summer of Love of the ‘60s.  Their fuzzy sound may meanders between shoegaze, brit pop, and progressive at times, but it always comes down to a really sticky psychedelic throwback sound, which ends with some nice feedback. 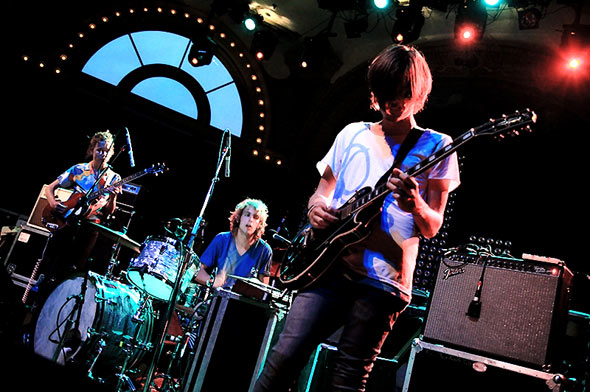 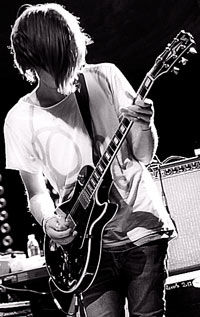 The second part of the show was a bit more razor sharp and to the point.  It began with Tame Impala describing the Crystal Ballroom as the nicest venue they’ve played at.  This was a reminder of this band’s newfound success from virtually unknown, to participating in a proper tour with an established band, and signing to the very boutique-ish Modular label.  The wa-wa attack continued with “Lucidity” and its fuzzed-up riffs reminiscent of Nirvana at its finest.  “Solitude is Bliss” and “Skeleton Tiger” continued in the same vein as the prior ditties, but served to showcase Parker’s talent in writing music.  The kid is good.

Their Portland show ended with a long version of their popular “Half Full Glass of Wine”.  Once again they reverted to their snaking melodies, towering chorus and brilliant ‘60s guitar riffs.  While most of their music favors the sticky-sweet ‘60s sound, it is obvious that they are capable of easily moving into the prog-rock or even trip-hop arena, if they so desired.  They are in total control of all their sounds, willing to expand, and not afraid to just jam in front of a large and unknown audience. 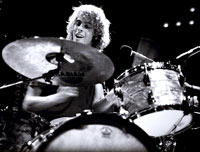 Tame Impala are exceptionally cohesive and very aware of each other.  Drummer Jay Watson’s animated back-up vocals seemed to drive the show, allowing Kevin Parker’s lead vocals and guitar to set the mood.  Bass player Dominic Simper kept the groove in an almost dream-like state, and live guitarist Nick ‘Paisley Adams’ Allbrook did a great job supporting Parker, and physically passing for Radiohead’s Johnny Greenwood’s younger brother (QRO photos).  Comparisons will be made and musical niches will be suggested; it is inevitable.  That being said, no one can blame this young band for being inspired by one era, and aiming for another.  Tame Impala is something you don’t se everyday, much like a tamed impala. 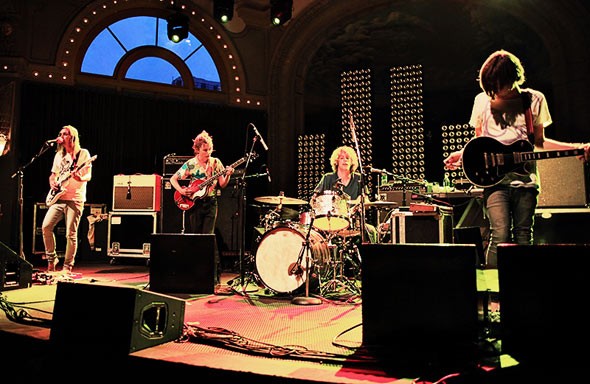