All the oddities in the world, however, could not prepare anyone for what Mike Silverman, a.k.a. That 1 Guy, had in store for his cult-like following.... 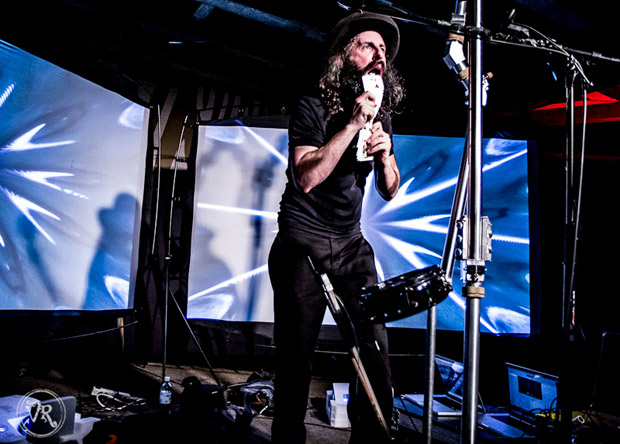 It was Saturday, the 4th of May, and the sun had set on a particularly sunny Portland evening.  Nothing out of the ordinary for the spring-to-summer shift in the Northwest.  Outside the Doug Fir, an exuberant posse of both male and female red-dress-wearers supporting the ongoing fight against HIV and AIDS offered both a positive and hinting harbinger of the weirdness to come from the performance of That 1 Guy…

All the oddities in the world, however, could not prepare anyone for what Mike Silverman, a.k.a. That 1 Guy, had in store for his cult-like following.  With his ‘Magic Pipe,’ the attention-deficit, musical variety and weirdness in all of us were about to be unleashed.

Even with The Magic Pipe’s astounding sound-range that achieved a preposterous level of synthetic clarity with only single strings strapped to a chambered aluminum pipe that mimicked a cello/harp hybrid, stand-up bass, slide-guitar, synth-distortion device mashed together into one instrument complete with a snare, cowbell and loop peddles added for good measure – there were, in fact, more surprises.

With the added bonus of an excellent live sound mix, courtesy of the Doug Fir audio engineer on hand, allowing one to hear the foot tapping on a plank of wood while simultaneously being beaten from the inside-out with supersonic stomp beats – the uppity audience was treated to one of the most intoxicatingly odd puppet shows that aptly followed a jam that vented That 1 Guy’s obvious vendetta against Duck Duck Goose.  With the puppet show though, Silverman utilized a motion-capture camera strapped to his mic stand that worked into the concert’s visuals.  And that was just the introduction to its handiness.

That 1 Guy playing “Butt Machine” (The Portland Remix) at Doug Fir Lounge in Portland, OR on May 4th, 2013: 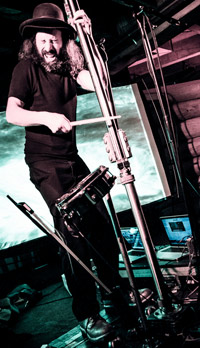 On top of manipulating the focal points of a makeshift boot instrument, most of the performance’s visuals were tripped by the motion capture camera and filter triggers that interacted and supplemented tunes like “ButtMachine”, “The Moon Is Disgusting”, and “Packs a Wallop”.  That said, the tangents and series of musical ponds the audience got to dip their toes in couldn’t have happened to a better crowd that struggled, at times, to hear the intricacies of certain jams like the ‘whisper dubstep’ segment over a ruckus of constant shushing.  But, unlike most other crowds, the audience achieved the initial goal that that first shush was intended for.

With perpendicular shifts into classical string movements from funk, jazz, 80s pop, heavy metal, 50s do-opp’n, spandex power riffs, house beats, and novelty jams – the performance from That 1 Guy had a little bit of everything for the instant-gratification oddity generation that populated the audience.  And those lucky enough to witness such an innovative and mind-bogglingly creative performance were likely wondering what the fuck just happened afterward.  One thing was certain though: That 1 Guy packs a wallop! 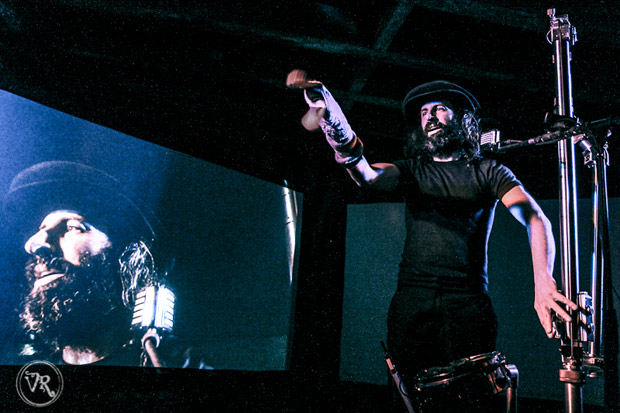