The ‘Sigma LXXXV Tour’ made a stop in Atlanta, Georgia on September 4th.... 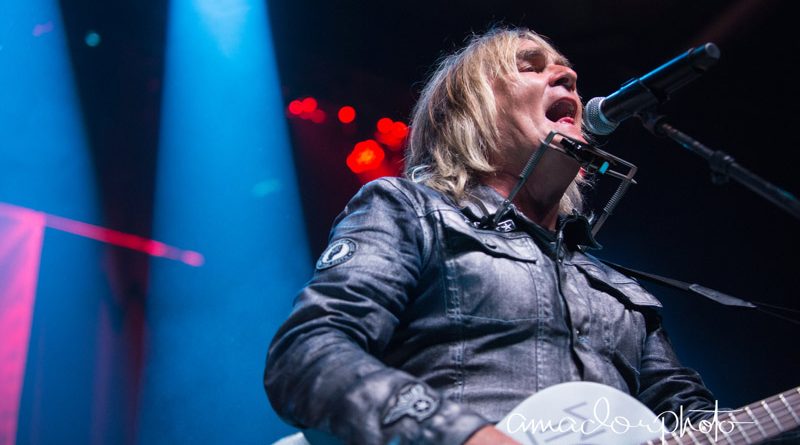 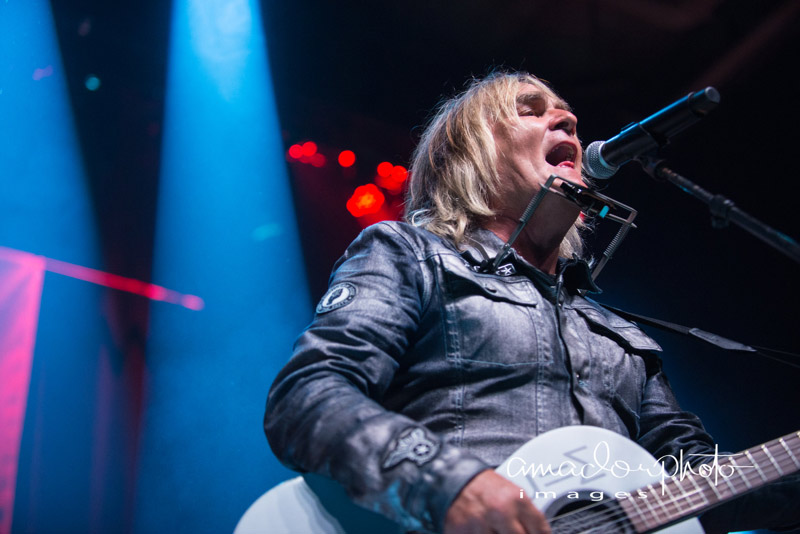 The ‘Sigma LXXXV Tour’ made a stop in Atlanta, Georgia on September 4th. British rockers The Alarm headlined the tour with a complement of two additional U.K. acts from the eighties, Modern English and Gene Loves Jezebel. Although the Wednesday night crowd at the intimate Masquerade venue was a little sparse, at about 300, all three of the bands performed as if they were playing to an audience of thousands.

Beginning with the energetic performance of Gene Loves Jezebel’s front man, Jay Aston, the show was an enjoyable romp into a time when big hair – and a big sound – reigned. Aston led bandmates, Pete Rizzo, James Stevenson, Chris Bel Joel Patterson and Rob Adams on an eight-song set consisting mostly of pieces from the 1987 album, House of Dolls, as well as Kiss of Life, Jay Aston’s first “G Loves J” effort after breaking with twin brother and bandmate, Michael Aston. Erstwhile brother, Michael, also tours with a band called…wait for it: “Michael Aston’s “Gene Loves Jezebel.” It’s probably best the brothers are British, because one can imagine how awkward a family Thanksgiving dinner could be. All family drama aside, Jay’s boyish spirit and showmanship, combined with obvious musicality made for a raucously entertaining set. 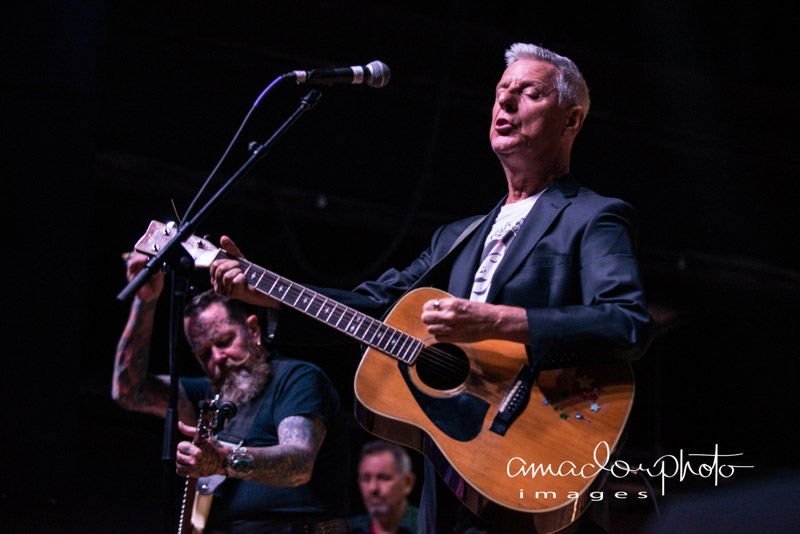 Click here for photos of Modern English at Rough Trade NYC in Brooklyn, NY on November 22nd, 2017 in the QRO Concert Photo Gallery

Click here for photos of Modern English at Variety Playhouse in Atlanta, GA on November 16th, 2017 in the QRO Concert Photo Gallery

Click here for photos of Modern English at SXSW 2017 in Austin, TX in the QRO Concert Photo Gallery

Click here for photos of Modern English at Aladdin Theater in Portland, OR on September 9th, 2019 in the QRO Concert Photo Gallery

Next to the stage was Modern English. After a rather unceremonious opening (they simply walked to the stage, picked up their instruments and began), Robbie Grey and his band of merry men got off to an excellent start. The synth pop that is the group’s signature sound was crisp and strong, as a silver-haired, yet youthful Grey playfully belted out “Songs on Glass”. Grey was fit and elegant in black pants and jacket with a Bowie t-shirt on to keep things cool. Apparently, time has not been as kind to guitarist Gary McDowell, who, sporting face tattoos and a kilt, matched Grey’s electricity with his own fantastic guitar licks, but left the stage with the aid of a cane.

Although Modern English might be viewed as a ‘one hit wonder,’ they actually have a great repertoire with the slower, more sultry base line of the classic “After the Snow”,” courtesy of bassist Michael Conroy and the new, yet notable, “Trees”, with an upbeat rhythm supplied by Roy Martin, drummer (a welcome addition to the original ME lineup). Of course, the English gentlemen ended with their most enduring hit, “Melt With You”, with the iconic, electronic keyboards supplied by Stephen Walker, along with Grey’s jubilant vocals. Grey was joined on the stage by Jay Aston, doubling the fun for those assembled. The small gallery of fans sang along and hopped up and down, as one is compelled to do whenever this song is played. 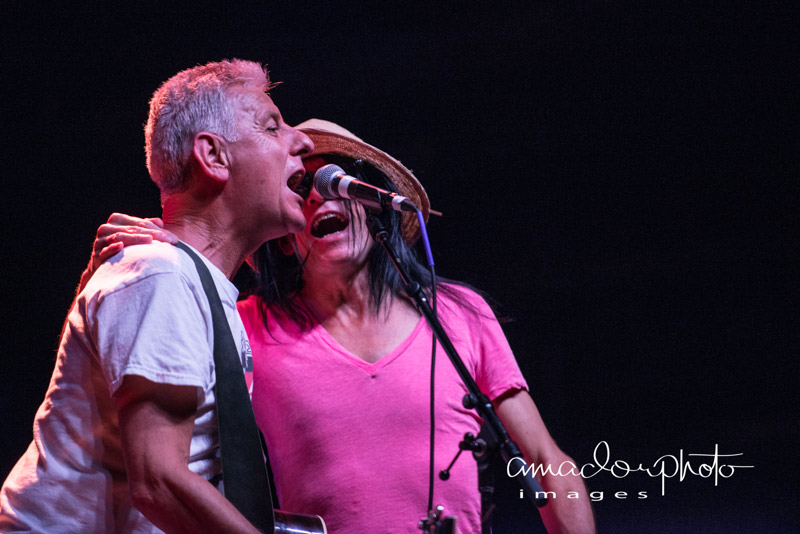 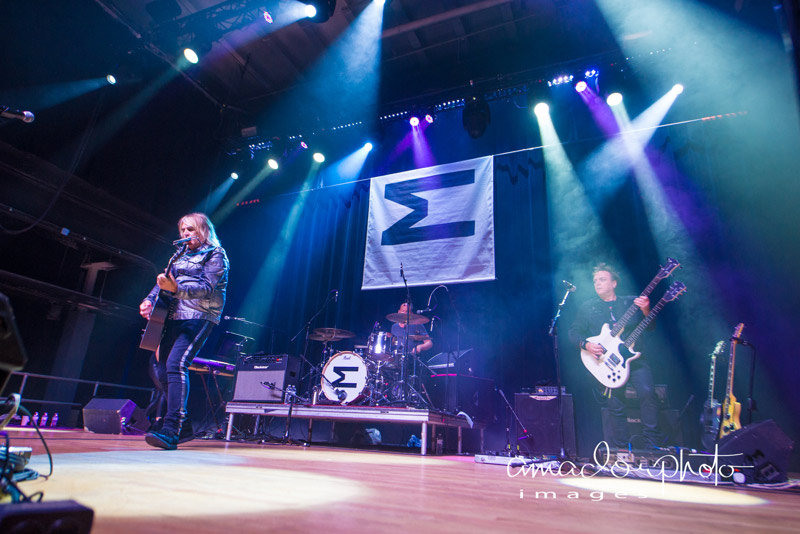 Click here for photos of The Alarm at Brighton Music Hall in Boston, MA on November 14th, 2018 in the QRO Concert Photo Gallery

Click here for photos of Mike Peters & Friends at 2010 MusicFest in Clark, NJ in the QRO Concert Photo Gallery

After a brief break, headliners The Alarm, entered the picture, and rounded out the night with their intoxicating combination of hard-driving, yet inspirational anthems. The Welsh couple Mike and Jules Peters essentially are The Alarm, and the tour is very much a family affair. Sons Dylan and Evan Serve as roadies for shows during school breaks. The Peters clan has been through more than most, with both Mike and Jules experiencing recent bouts with cancer, but you’d never know if from Wednesday’s performance. 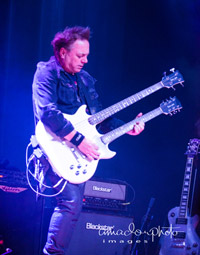 Mike leapt around the stage as he sang and shouted the band’s signature combination of empowerment, personal evolution and politics. He and his band sounded forceful and committed to their message. Though not founding members, James Stevenson on guitar, Mark Taylor on keyboards, and an extremely talented  on drums, helped build the hard-driving sound, creating a wave that Mike Peters road throughout the show. Given the theme of the tour, it was no surprise that The Alarm stuck mostly with their crowd-pleasing, ‘80s-era hits, with a few newer tunes added to the mix. 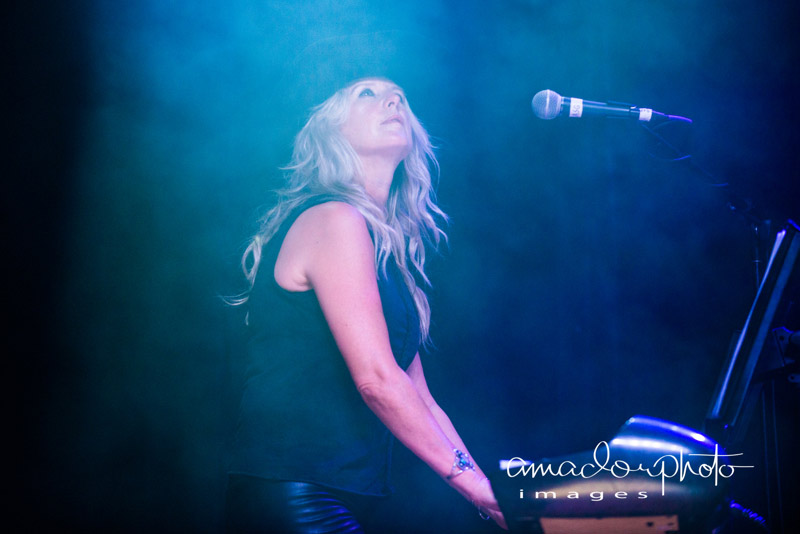 In a black leather fringe ensemble that matched wife, Jules, Peters lit up the stage, kicking off the set with a new work, “Blood Red Viral Black”, written by Jules as she went through a series of cruel cancer treatments only three years ago. 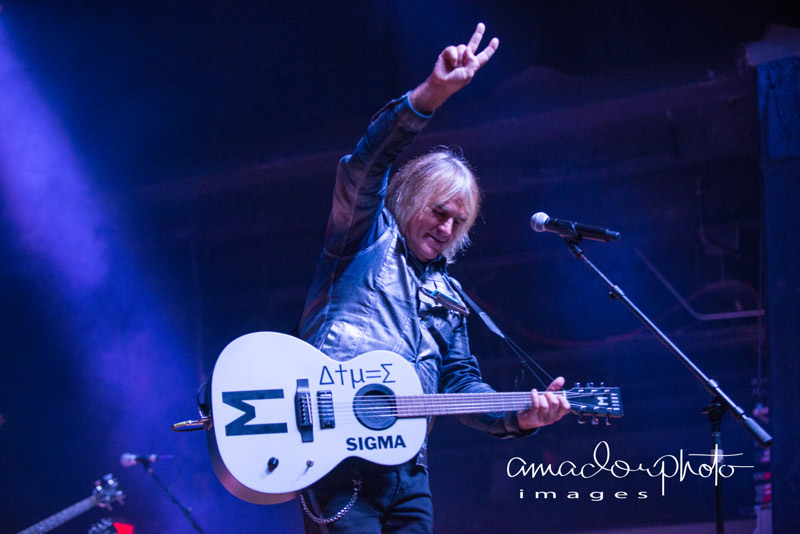 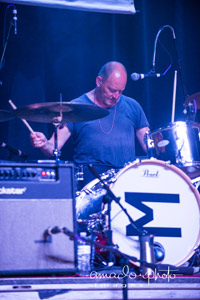 The band then tackled eighties favorite “The Stand,” and worked their way through “Rain in the Summertime” and “Spirit of ‘76”, among others, including newer tunes like “Peace Now”, as he flashed a peace sign and asked the crowd to do the same. Mike never tired or wavered – and put as much into this intimate performance as he would for an arena show, performing a three-song encore with “Sixty-Eight Guns” and finally the haunting “Two Rivers”, from their newest record, Sigma.

The audience was in Peter’s thrall throughout the performance, and certainly made more noise than one would think 300 people could make. Even after the performance, members from all three of the bands emerged to sell their wares and talk to their diehard fans.

Anyone who was smart enough to buy a ticket and show up on a Wednesday night could realize their good fortune, as they were treated to this sterling little time capsule of a show. 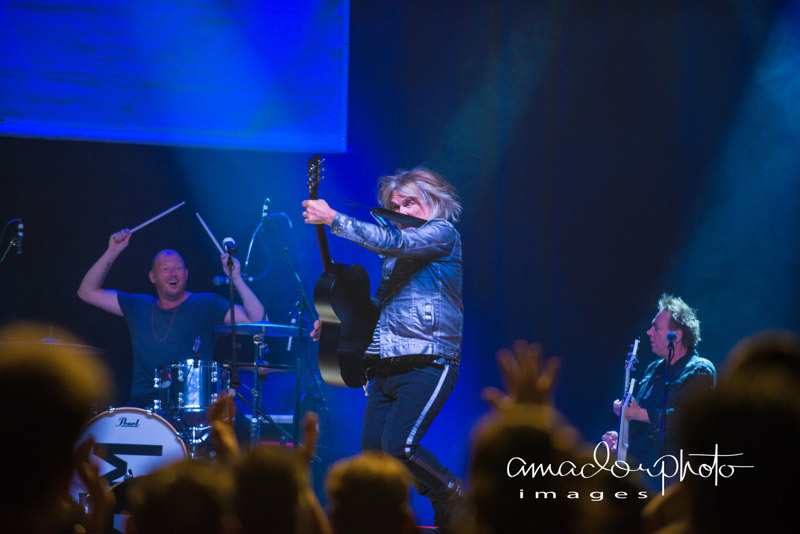