I have umpteen times serendipitously overheard conversations held by audiophile hipsters wherein Jack White is referred to as though he is some Cimmerian pontiff predestined to be questioned by... 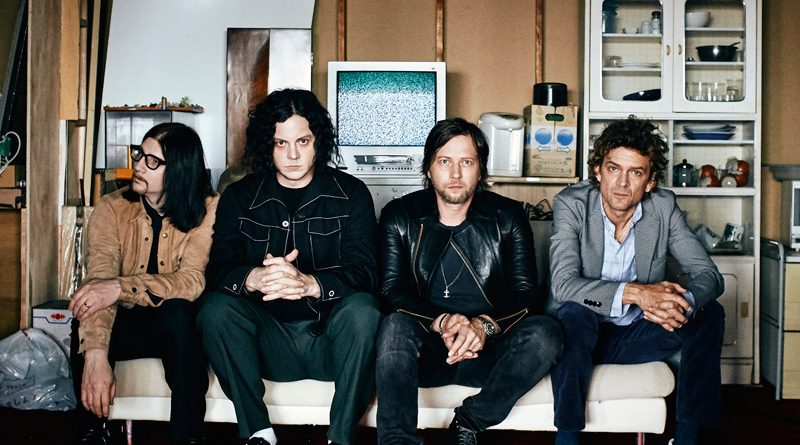 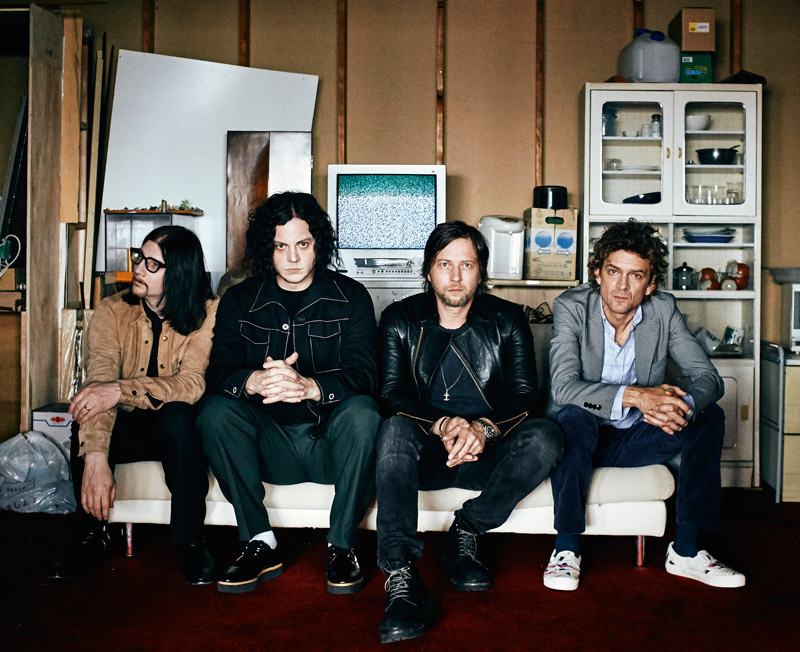 I have umpteen times serendipitously overheard conversations held by audiophile hipsters wherein Jack White is referred to as though he is some Cimmerian pontiff predestined to be questioned by aforesaid hipsters simply for the unavoidable fact of his alpha status both on and off the stage. A resolute empire-builder in a time when empires of all sorts are being somewhat looked at askance, he is, indeed, the brand of physically imposing made most famous in musical history by the likes of outlaw country kings such as Waylon Jennings – the kind of man you can tell has entered a room before you turn to actually see him in it. Stage lights only serve to accentuate the commanding presence Mother Nature clearly gave White at birth, and what he earned via a childhood of indefatigable battles as the youngest of ten children on the once infamously threadbare streets of Detroit back when that city still stood synonymous with danger. On Thursday, August 22nd, he was certainly the undisputed feudal lord of The Tabernacle in Atlanta for the duration of the second night of Raconteurs shows there in support of the new album, Help Us Stranger (QRO review), and all of that history was scrimshawed into the sound.

However, anyone who has never seen this band before and might be contemplating paying them a visit on this current tour should go with the acute understanding that any stage with The Raconteurs on it is a stage full of heavyweight musical talents from all four teeming corners of rock and alt-country, and White is far from the only draw. If you are already a fan of Jack White, this is the band in which to enjoy what is unequivocally different about this project as relates to his divers others, which is that White can stretch out with this group in a way not possible in some of his other projects, due to self-imposed limitations he sets for himself and the level of musicianship present on stage next to him. White does not have to carry this band in any way. In manifold forms it becomes patently obvious to the outside observer that he is amongst his true musical equals in this group, and thus free to experiment with the full confidence that they can competently and creatively follow him wherever he may gambol.

Brendan Benson’s undiluted rawness and lyrical acumen alone are worth the price of your ticket. He is never so much White’s elemental compatriot as on their dual diatribe “Salute Your Solution”, a highlight of this show thanks in no small part also to the sibilating bass presence of “Little Jack” Lawrence, a mainstay contributor of The Dead Weather, The Greenhornes, and even Karen O & The Kids. “You Don’t Understand Me”, a lonesome piano ballad helmed by White with assistance from Dean Fertita (multi-instrumentalist of The Dead Weather, Queens of the Stone Age, late-‘90s gems Waxwings, and touring keyboardist for The Raconteurs), meted out possibly the best example of the suborbital ambidextrousness you can expect from The Raconteurs always. It is a type of auricular augury that liquefies from diaristic to impressionistic with plenary fluidity, and a stripe of improvisational impulse you are probably more accustomed to observing in SNL comedians of the seventies. If you have not been won over to the gristmill of kingmaking stylistics that represents Third Man’s particular polemical panache prior to now, but have an appreciation for songcraft and that nearly extinct Grand Ole Opry-level of virtuoso performance, this tour would likely convert you.

Much trite and petulant internet hullaballoo initially surrounded The Raconteurs’ joint decision to make this tour phones-free, an idea originally borrowed from Chris Rock, as White had previously implemented with some of his solo gigs. This was not in service to White’s aphotic ego, as the naysayers would have it, nor was it one more way he seeks to govern the atmosphere around him (read: what memorable rockstars and legendary artists have been doing sans wan commentary from web trolls for centuries), but rather a proffered, precious-rare chance to return to a world not that long diminished where concerts were escapist ecosystems for every wandering soul, not hubris hippodromes for the Instagram-crazed. Concerns like these may equivocate municipalities of morality that prove a bit much for the faux-ironic fiefs of the tweetverse, but to those of us who remember what concerts were before the dawn of the digital age, this is a DeLorean-like time machine of a dream come true.

At one crucial point as he surveyed the crowd mid-tune during the torrid performance of “Carolina Drama”, I saw White’s left eyebrow drop down rapidly like a stygian check mark as he glowered over my shoulder to a place in the seated section that I could not see from my Lilliputian vantage point. Later, my dear (and far taller) friend told me he had seen the unmistakable spelunking light of a rogue cellphone video camera in just that spot only moments before White caught sight of it. You can always count on one entitled imbecile of the megalomaniac variety to kill the vibe of every party. There was no ascetic proselytizing about the phone ban from the band. There were no tokens and talk, no circuitous routes taken. The statement of this band, both artistically as well as in this antidigital gesture, has always been understatement, yet it was and remains by far and away the loudest ‘dropped mic’ in the room – and an Eau de Middle Finger to expectations that stands equivalent to the smell of cordite in the air.

Full disclosure: I have seen Jack White perform in every incarnation of his public career, across a span of about 20 states, since his inception point into the collective consciousness in the rock revival of the early aughts. What stood out most about this show was how stereotactic and long-simmering these songs feel as compared to a panoply of other performances where the ride was an unmanned tram car bent ever to the tracks of Jack’s momentary will. Whether you believe White to be a paladin or pain in the ass, Raconteurs records and performances have the tendency to turn out to be tomographs of times best not forgotten by any, even (and perhaps especially) for those who were not present at their transpiration. This is not a macabre mob of old-schoolers trying to relive the analog glory days or dewy idealism laid to acetate. This is a serious band, handling highly sincere human material, which has never had more intergenerational, political, or social relevance.