Can it really be eight years since The xx picked up the top prize at the Mercury Awards?... 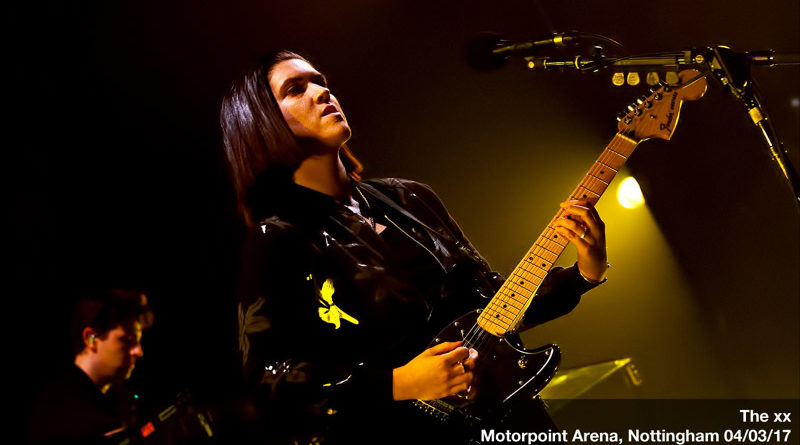 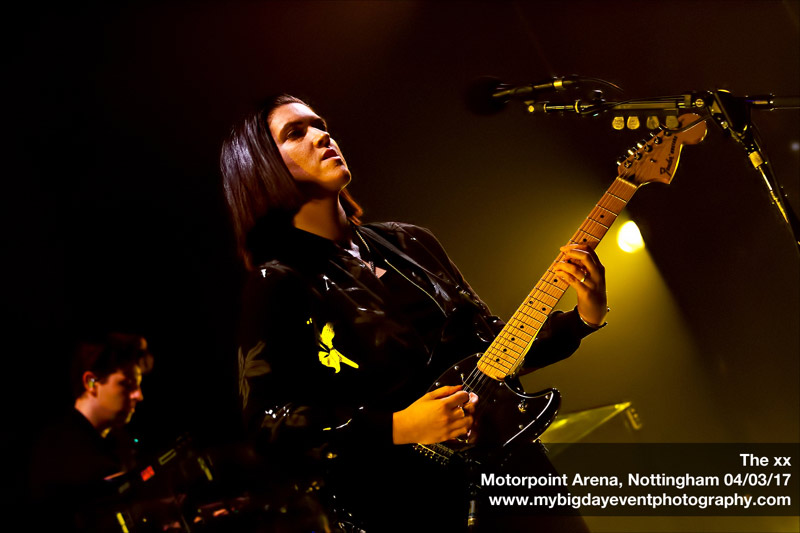 Photos of The xx at 2017 Austin City Limits Festival in Austin, TX

Photos of The xx at 2017 Lollapalooza in Chicago, IL

Photos of The xx at Radio City Music Hall in New York, NY on September 23rd, 2013

Photos of The xx at 2013 Governors Ball in New York, NY

Photos of The xx at ACL Live at The Moody Theater in Austin, TX on February 11th, 2013

Photos of The xx at 2012 Primavera Sound Festival in Barcelona, Spain

Photos of The xx at Orpheum Theatre in Boston, MA on October 3rd, 2010

QRO’s review of The xx at Central Park SummerStage in New York, NY on August 8th, 2010

Photos of The xx at 2010 All Tomorrow’s Parties in Minehead, U.K.

Photos of The xx at 2010 Big Ears Music Festival in Knoxville, TN

QRO’s review of The xx at Doug Fir Lounge in Portland, OR on November 25th, 2010

Photos of The xx at South Street Seaport in New York, NY on August 14th, 2009

Can it really be eight years since The xx picked up the top prize at the Mercury Awards? Seems like only yesterday, and even though they’ve released two albums since then and are seasoned veterans of the music industry, I still find that I worry about them, just a little. Partly it’s because their photos often make them look sort of vulnerable, but mostly it’s because their music sounds so personal and revealing. They seem to put much more of themselves on the line than other bands.

Maybe I’m wrong, but as I headed for my first ever live encounter with the band, at Nottingham on Saturday 4th of March, I found that I was just slightly nervous about how their sound would translate to a packed arena (and from the crowds making their way through the streets in the direction of the Arena, it was pretty clear that it would indeed by packed out).

It wasn’t the size of the venue, so much as the presence of all these other people. I would gladly sit at the back of the room and just let the sound wash over me, that’s what The xx songs are for, but sharing these intimate moments with thousands of others seems a bit too public. I don’t even do selfies. And I listen to The xx when everybody else has gone out. They’re not for sharing.

It was the band’s first U.K. gig in four years and they sounded pleased to be back, endearing themselves to the locals by referencing one of their early gigs at The Bodega (pause for cheering).

Since the last time they were round these parts, Jamie Smith, a.k.a. Jamie xx, has arguably become the best known of the trio, following the success of his 2015 solo album In Colour, with its array of complex beats and samples and subtly shifting melodies, and his parallel career as a producer and DJ. Here he’s positioned on a riser at the back of the stage, more or less invisible to much of the crowd (and to camera persons in the pit), but when he’s due an extended solo, an ingenious mirrored ceiling tilts into position so that we can see him scurrying between drums, keyboards, timpani, decks and electronics. It’s a fascinating view and a little bit like one of those overhead shots of maze tests done on small animals, giving the show an air of scientific enquiry, which it rather suits. 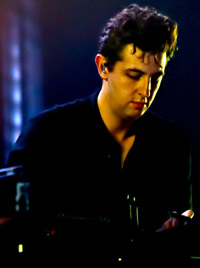 Vital to the group dynamic Smith may be, but The xx still look and sound like a trio and it’s still Romy Madley Croft and Oliver Sim who take most of the responsibility for delivery. They work so well together, both instrumentally and vocally, that they are capable of changing the mood of a moment by the very subtlest of inflections, achieving a mesmerizing symbiosis.

There were some smoke and lighting effects, and the aforementioned mirror, but precious few of the other tropes of the modern arena show. No elaborate posturing, no silly dances. Sim does so the occasional mid riff spin, but he looks quite sheepish afterwards and it feels like he’s let himself down a bit. There was no cinematic back projection, no descent into the crowd, no bringing half of said crowd onstage, and definitely no huge bouncing balls that drop from the ceiling, such as occurred last time I was at this venue, for Elbow. 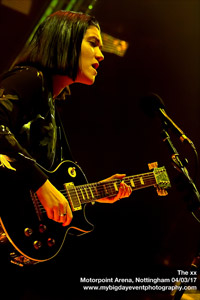 This was grown-up music played rather seriously for an audience of grown-ups, and while there was plenty of dancing on the tiers, at the back where I was standing it was mostly people listening intently with their heads cocked slightly to one side and a toe tapping gently in time.

Songs from new album I See You (QRO review) predominated in the set list, but their first album xx (QRO review) was not far behind, and it was fascinating to see how old and new material meshed together to create a unified whole, with only the subtlest of tweaks to the arrangements. But then again subtlety always was the xx’s strong suit. 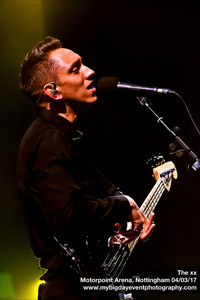 There were constant changes of pace and emotional colour so that the audience’s interest never wavered. “Brave For You” arrived fragile and delicate but developed into a piece of noise-rock that had the temporary seating vibrating in time to the bassline, and it was followed by “Infinity”, whose stillness was profound, the whip-cracks slicing their way across the arena like the theme music for an unmade British western. The repeated five note riff that introduces “Violent Noise” was mesmerizing, and having opened the show with “Say Something Loving”, they closed the main set with a cover of Smith’s “Loud Places” before returning for “On Hold”, “Intro” and “Angel”, neatly combining the best tracks from each of their albums into ten minutes of achingly pretty encore, and proving that I needn’t have worried about them really. 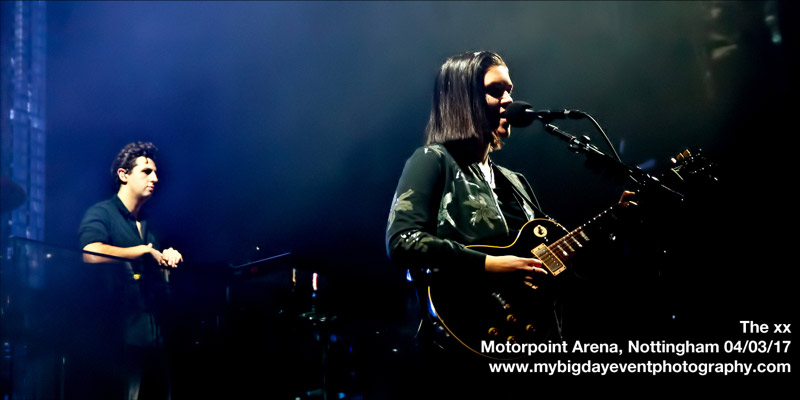 Minus the Bear – Voids