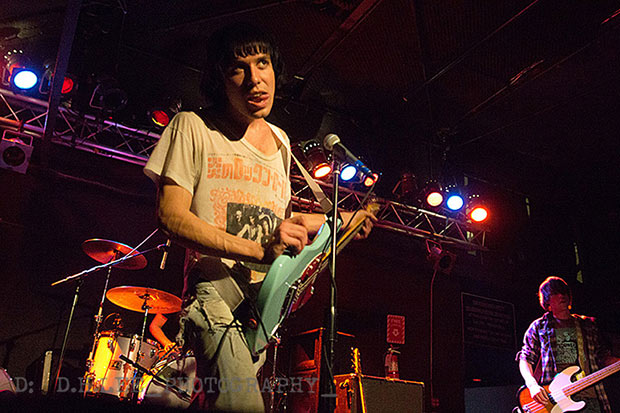 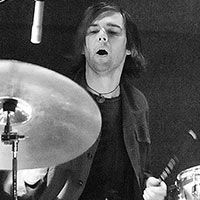 It seems strangely appropriate that QRO caught The Cribs for the first time without guitarist Johnny Marr, considering the last time they were seen was the last year the trio would team up with the infamous Modest Mouse/The Smiths musician.  In the Brighton Music Hall on Saturday, April 14th, where a sign chided the audience to avoid moshing and crowd surfing, and to “keep both their feet on the floor,” the brothers Jarman verbally rebuked it but reluctantly accepted it… with their own alternatives. 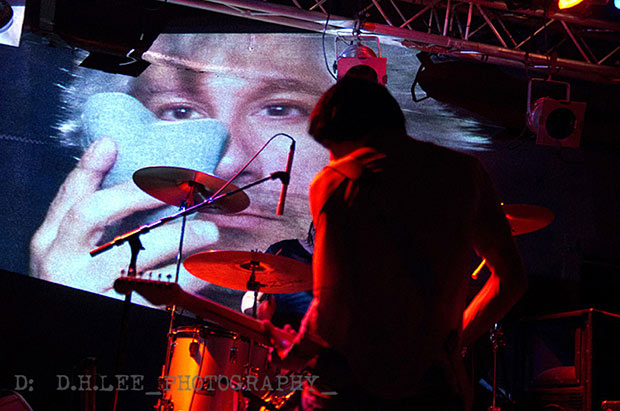 Openers on the night included Detroit group The Hounds Below, who bore both the reminiscent sound of a ‘60s sound and the bragging rights of being with The Cribs from a previous show, and New Jersey natives The Static Jacks, who have a sound that suggests a fair number of ‘80s influences.  The Static Jacks’ reputation not to be belittled by The Cribs, their name brought the attention of their own fans eager to hear their sound (plus one heckler) into the mix of Cribs lovers. 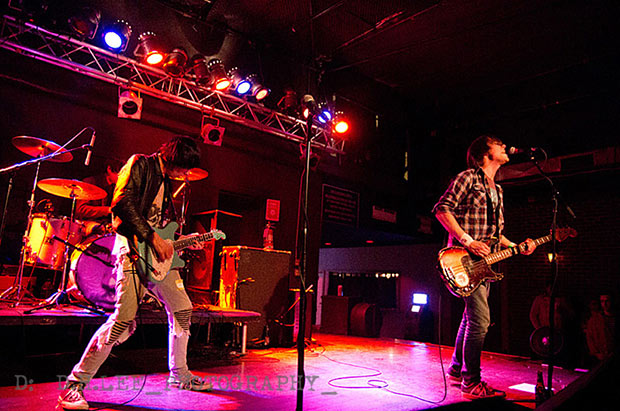 Click here for QRO’s review of The Cribs at Wonder Ballroom in Portland, OR on January 29th, 2010 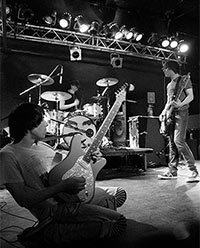 The Cribs have always been known for their frenetic energy on stage, but they began with more stiffness than expected.  Perhaps they weren’t expecting the many cameras that adorned the pit-less venue, or still had memory of the incident with their stagemates the Static Jacks, or it may have been the solemn atmosphere of the music hall that made them seem hesitant at first.  Whatever it was, the atmosphere soon changed five songs in, as the crowd began to amass in a collective of swinging heads and shaking arms, and it was not long before singer/guitarist Ryan undid his leather coat and showed off the energy of the room as he jumped furiously to and fro on the stage, as drummer Ross proceeded to stand on his stool and hammer into his drums like a man possessed.  Hair swung and screams threw into the audience that only incensed them to react to the music more vigorously. 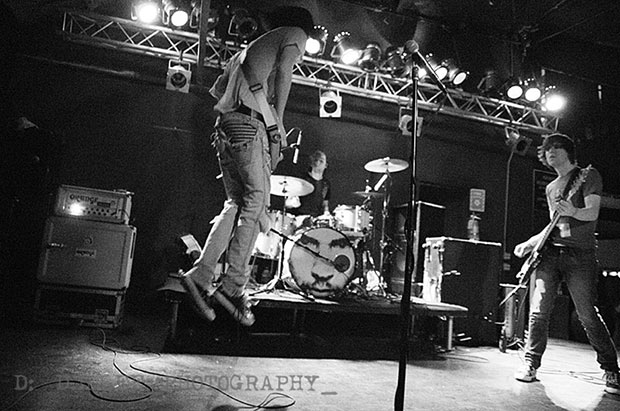 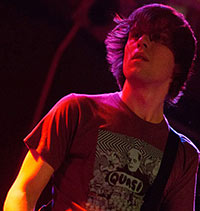 The music list contained several new songs from In the Belly of the Brazen Bull as well as a few of their classics like “Hey Scenesters!”, “I’m a Realist”, and “Our Bovine Public”.

As the show began to reach its closing crescendo, Ryan dropped to the stage and began to continue playing on the guitar before Ross and singer/bassist Gary threw the final gauntlet: the drum set came tumbling down as Ryan’s six string continued to play, until the reverb haunted the speakers as he left, the final sound from The Cribs for Brighton Music Hall that day to forewarn Allston and nearby Boston: The Cribs will be back, and you may constrain them from moshing, but don’t think you can ever contain their fury. 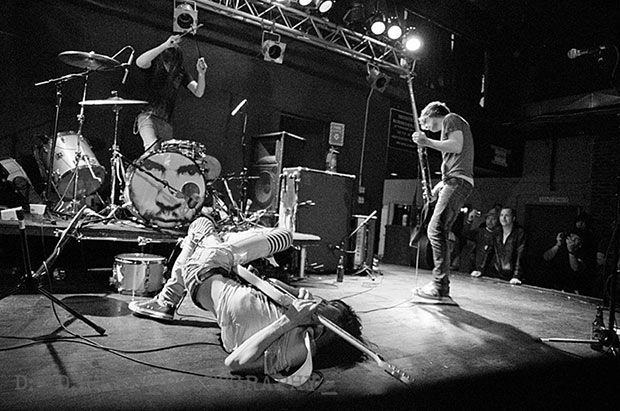 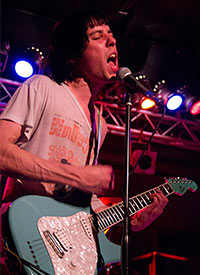 Chi-Town
I’m a Realist
Cheat on Me
Come on Be a No One
Anna
Women’s Needs
Give Good Time
We Were Aborted
Back to the Butt-Hole
Hey Scenesters!
Another Number
Jaded Youth
Be Safe
Men’s Needs
Our Bovine Public
City of Bugs 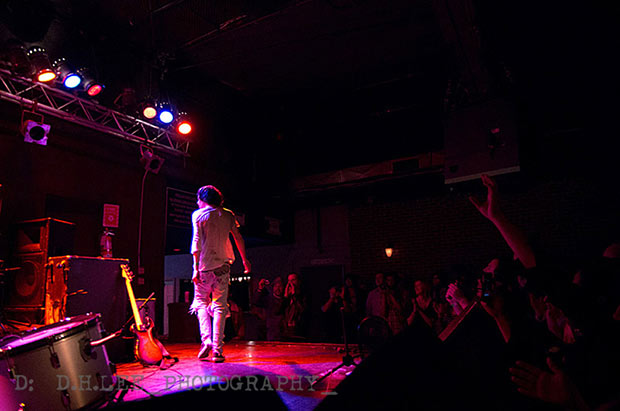