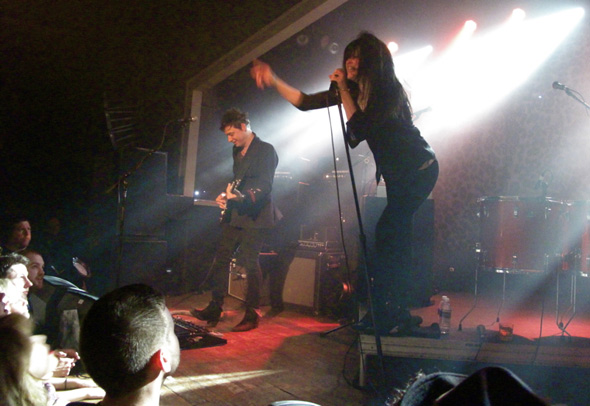 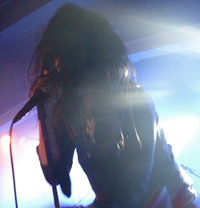 It happened early on in the band’s set, playing before a sold-out crowd at Portland’s Wonder Ballroom on a pleasantly mild Tuesday evening, May 10th.  If you blinked, you missed it, because she only did it once.  It was one of those moments where the performer offered a tiny peek into the world of the Vero Beach, Florida native.  Where she came from, who she is, how the jib of her sailboat’s sail is cut. 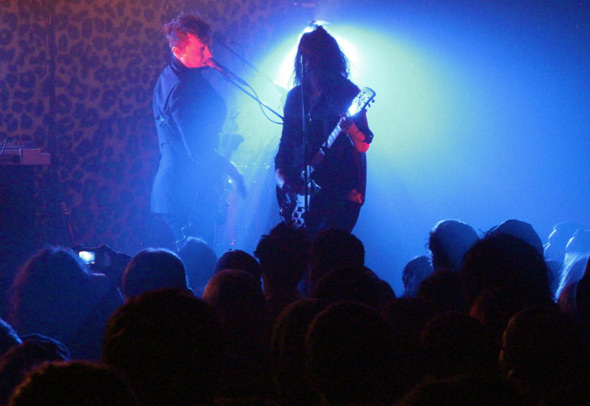 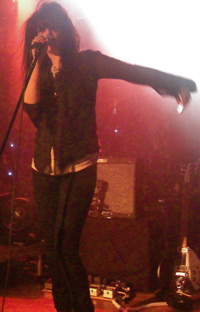 While playing a song that called for her to play guitar, she did a pirouette spin.  This wasn’t any pirouette spin.  She did it in a very particular way, clearly emulating the signature move of a well-known ‘80s pop star.  It was a spin that could have only been the result of hours spent in front of a full view mirror, probably during the doldrums of a hot, exceedingly humid Florida summer.  One could surmise that there was no air conditioning in the Mosshart family home, so there she is, the gawky, lanky, taller-than-all-the-boys high school teen, sweating the kind of sweat one can only produce in a Florida summer, that Thomas McGuane 92 In the Shade kind of sweat, doing that spin. Over and over and over.  Watching video of it, again and again.  Studying it.  Going back to the mirror, and practicing it some more.  Why?  Because it’s Vero Beach, Florida.  It’s summer.  She has no car, nowhere to go, nothing to do.  She wants out of this place, and believes that her only ticket out is her voice and that spin.

It was the Prince spin.  The spin that Prince would do, and probably still does, when playing guitar and performing live.

It is a move Prince pulled many times throughout performances in the film Purple Rain, the one that viewers saw over and over when the Purple One owned the MTV airwaves after that film’s release in 1984.  Pulling the neck of her guitar in close to her head – just like Prince would do – Mosshart popped a flawless 360 degrees, so quickly and so beautifully, it was as if she was floating.  It was the kind of spin that might have elicited that knowing, wry grin that Prince Rogers Nelson is also known to do, had he been in the audience.  Then it was over, and she never did it again.  It was as if she wanted to prove to herself that she still remembered how to do it, that the driven, awkward teen from Vero Beach still lives within her.  A comfort memory that she likes to indulge in once in awhile. 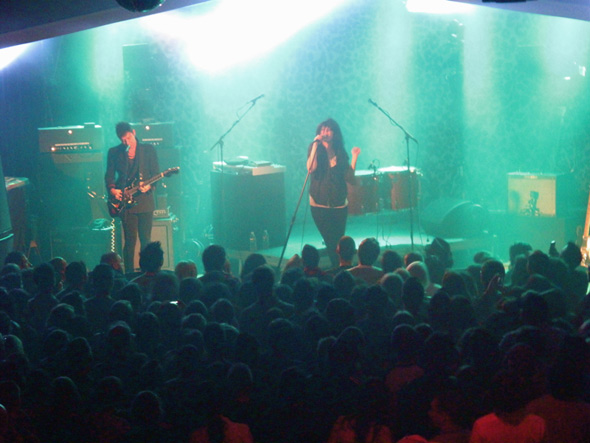 It also tells us something about Mosshart that, just maybe, she doesn’t want you to know.  Mosshart is kinetic.  She is wild, flying hair.  She is disaster, always one step away from causing great harm to herself, Kills Guitarist Jamie Hince (alias “Hotel”), the stage, maybe even the audience up front.  She is a graduate of the Iggy Pop (QRO photos) school of danger.  You watch her because you don’t know what is going to happen next, and whatever it is, it will be good and rife with wreckless abandon.  She wants to you to believe she is disaster.  She may not want you to know that this image is the result of her acumen.  The 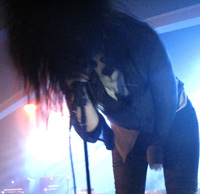 hours of work she has put into manicuring that disaster.  Because no one can sing the way she does without working at it, and no one can pull a pirouette that perfect without spending some time doing it.  All of this only offers that much more to admire about the force that is The Kills, and the force that is Alison Mosshart. 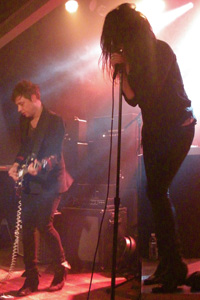 The Kills plowed through the hour-plus-long set and encore like a combine left to drive itself.  Opening with the song “No Wow” from the 2005 album of the same name, the duo moved through a collection of material comprised largely of the wonderful new long player, Blood Pressures (QRO review) and their equally solid prior album, Midnight Boom, along with a smattering of selections from their debut album, 2003’s Keep On Your Mean Side.  After “No Wow” came the anthemistic, exuberant, drop-dead catchy “Future Starts Slow”, the opening track on Blood Pressures.  Hovering above an almost bouncy tom-tom beat that evokes Fun Boy Three’s “The Lunatics Have Taken Over the Asylum” and Hotel’s ringing, arena-friendly four-chord figure, Mosshart pronounces, “You can holler / You can wail / You can swing / You can flail / You can fuck like a broken sail / But I’ll never give you up / If I ever give you up, my heart will surely fail.”  It is a highlight of the new album and was one of the memorable songs of the evening.

From there, The Kills read “Heart Is a Beating Drum”, “DNA”, “Satellite” and a handful of others off of Blood Pressures, as well as “U.R.A. Fever” and “Tape Song”, and “Sour Cherry” from Midnight Boom, and Keep On Your Mean Side‘s minimalist Leadbelly-blues gem “Kissy Kissy”.  The encore opened with a pleasant surprise, with the Henry Mancini-informed ‘60s pop ballad “The Last Goodbye”.  Over a muted, cassette-tape piano and low-fi analog synthesized strings, Mosshart crooned, “It’s the last goodbye / I swear.”

One can only hope she didn’t mean it. 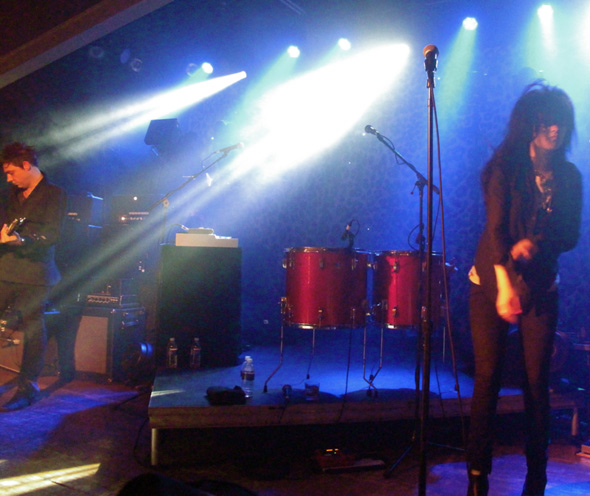 No You Hang Up – “Captain Craig”