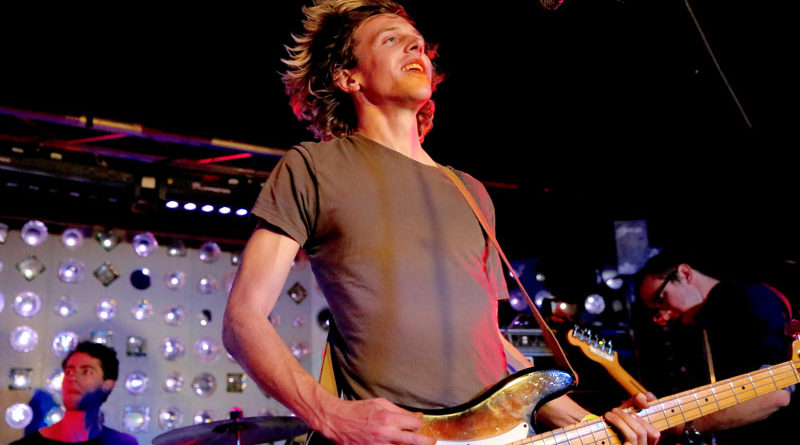 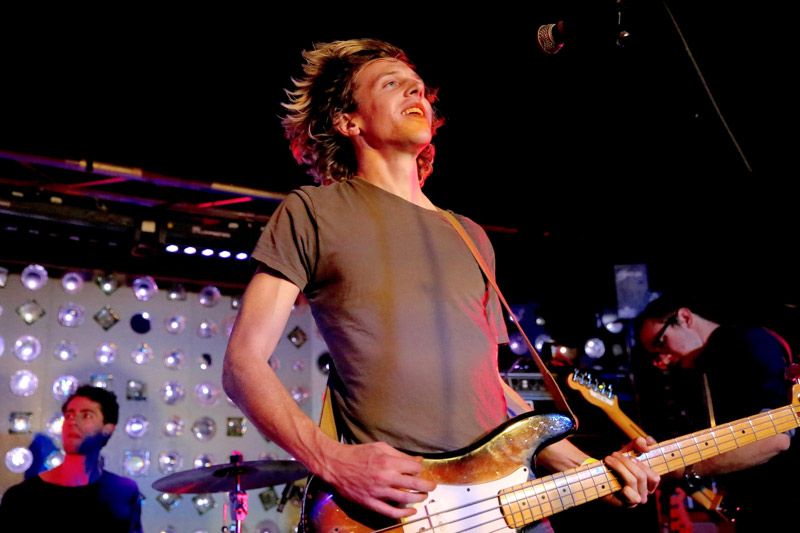 Most music acts need to keep moving forward. Unless you’re a classic rock fossil who can just play the hits and cash the check, or a one-and-done reunion tour, artists have to keep making new material, or risk fading away. Yes, the new stuff will always live in the shadow of the old stuff, but it can also get the time to become an oldie-but-goodie itself. There might be a learning curve to playing it live, and sometimes the band might want to play it more than the audience wants to hear it, but one has to bring the new music, like Tokyo Police Club did on Tuesday, October 16th at Baby’s All Right in Brooklyn. 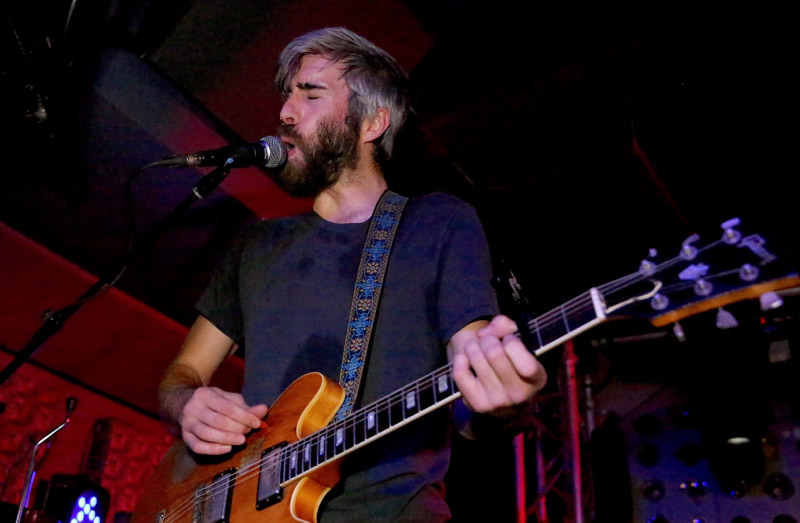 The show and tour is behind the band’s just-out new record, TPC (QRO review), and yes, the lion’s share of the set was from it. But the crowd didn’t just politely wait through the new songs for the old ones, but instead gave a strong response to TPC pieces such as opener “DLTFWYH”, “Hercules”, and “Pigs”. Admittedly, it was the upbeat, chorus line shout numbers that were the most popular, “Hey Hercules!” over the more subdued “Daisy Chain”, but that’s the way with all songs, new or old. Of particular live note was encore return “Ready To Win”, a great encore return song, as its first half is just singer/bassist Dave Monks solo detailing all the ways & places he’s “fucked up,” including Letterman, before the full band bursts in, to really kick up the encore. 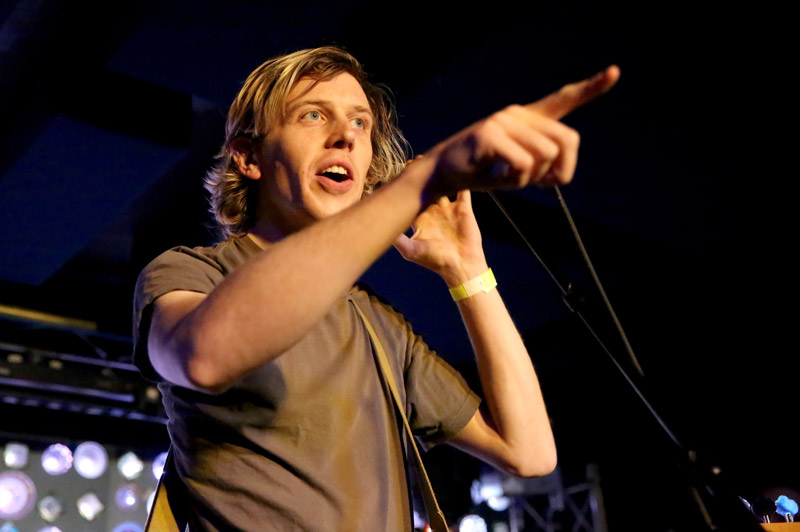 Also of note was that songs that had once been the ‘new stuff,’ but are now older, have matured into crowd-pleasers. “Argentina” from 2014’s Forcefield (QRO review) was a great number early in the night, as were “Breakneck Speed” & “Boots of Danger (Wait Up)” from 2010’s Champ (QRO review), not to mention favourite “Favourite Colour” (those extra ‘u’s let you know that the band is Canadian…). The only piece from 2006 breakthrough A Lesson In Crime was the requested “Be Good”, though the group did close out the night with 2007 single/2008 Elephant Shell’s (QRO review) “Your English Is Good” – but no “Cheer It On” from Lesson, the song where they actually mention themselves, “When you’re standing near / Tokyo Police Club” (usually a band always plays the song with their name in it). 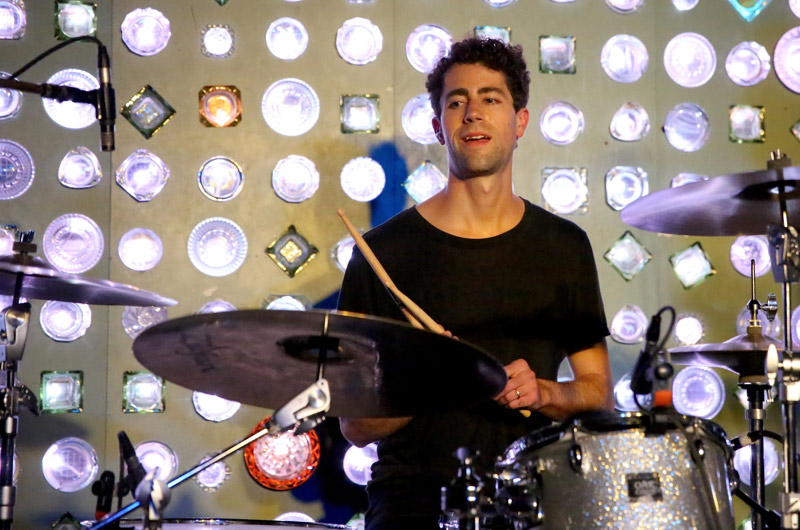 The group also still feels like four guys who are having fun playing in their parent’s garage, despite the years & success since, even as each strikes a different look. Monks is the cheery surfer dude, especially with the sun-bleached highlights in his hair, while guitarist/keyboardist Graham Wright (QRO interview) is the bespectacled hipster. Meanwhile, guitarist Josh Hook (QRO interview) is the bearded working class one (though that beard also fits in not-so-working class Brooklyn…), and drummer Greg Alsop (QRO interview) is the more upright pretty boy, looking rather like Canadian PM/world leader heartthrob Justin Trudeau’s younger brother. 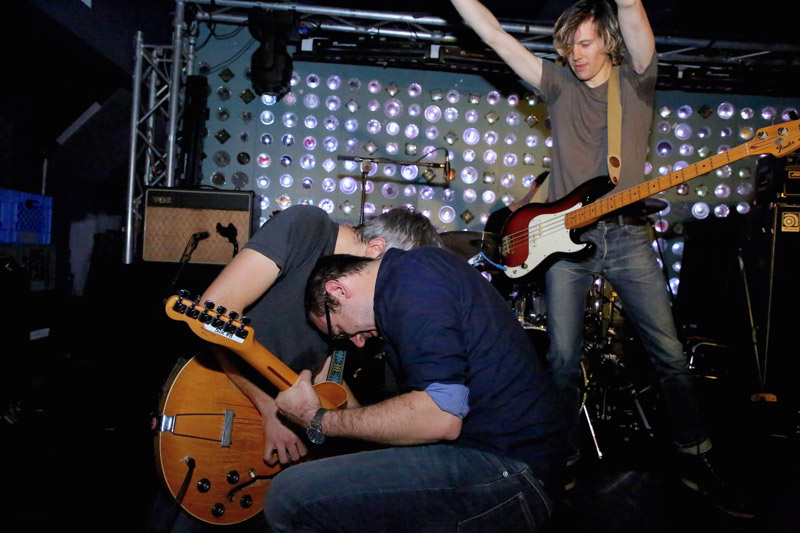 The group was also in good spirits on the stage. Monks joked with the crowd during and about tuning changes, from asking a fan what she would want if stuck on a desert island to narrowing down requests by whether you’re wearing a hat or how expensive/cheap your shoes are. He and Wright co-head-bopped in “Hercules”, Wright later jamming on his knees with Hook. Baby’s All Right (QRO venue review) has reportedly been having some issues with noise complaints, so the volume wasn’t turned up to eleven, and the low ceiling is even lower thanks to more sound padding, which contributed to a haze inside (despite the sudden winter outside) that Monks actually asked the place to clear up, so that he could see the crowd. 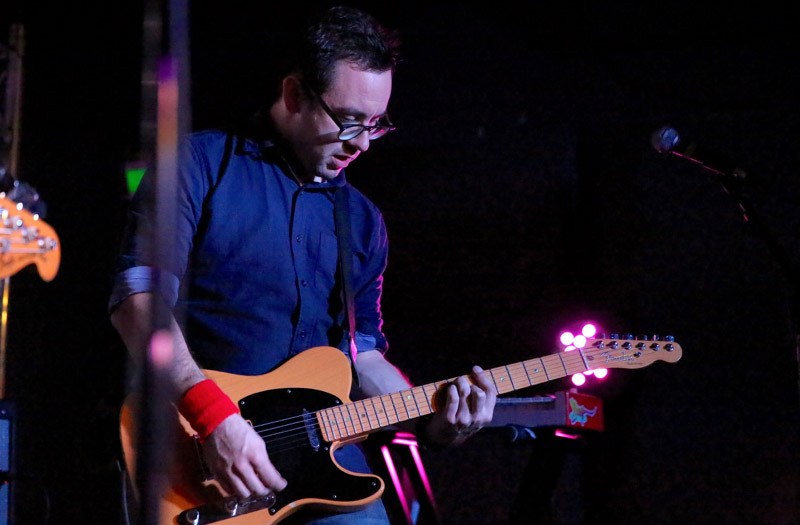 At the show your correspondent ran into (separately) Matt Johnson and Kim Schifino of Matt & Kim (QRO spotlight on), who Tokyo Police Club opened for (QRO photos) on tour earlier this year (QRO live review). Johnson said how Tokyo’s first two records meant a lot to him, but the band hardly play them live anymore. Your correspondent pointed out that just recently TPC toured the tenth anniversary of Lesson (QRO live review) – if that was celebrating the old, this was showcasing the new. 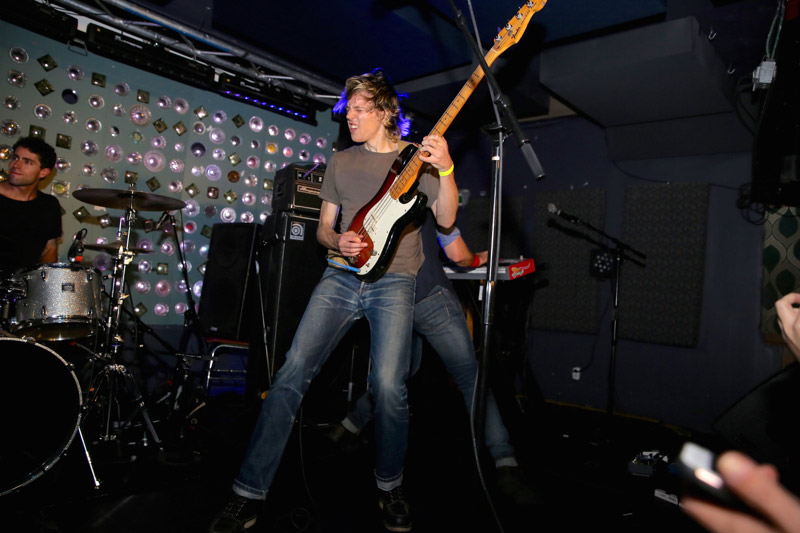