<img src="https://www.qromag.com/wp-content/uploads/2012/08/tootsandthemaytalsaug11.jpg" alt="Toots & The Maytals : Live" />In London a Jamaican four-piece was in the process of setting the place alight with their sprinting, but here in... 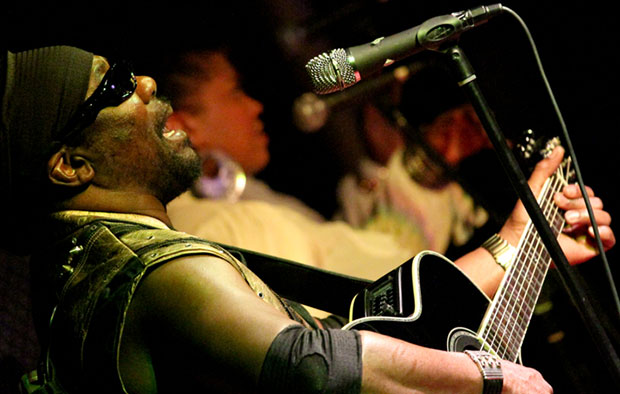 Click here for photos of Toots & The Maytals a week earlier at Sheftival in Sheffield, U.K. in the QRO Concert Photo Gallery

Click here for photos of Toots & The Maytals at 2018 LOCKN’ Festival in Arrington, VA in the QRO Concert Photo Gallery

Click here for photos of Toots & The Maytals at 2018 Newport Folk Festival in Newport, RI in the QRO Concert Photo Gallery

Click here for photos of Toots & The Maytals at The Welly in Hull, U.K. on July 27th, 2017 in the QRO Concert Photo Gallery

Click here for photos of Toots & The Maytals at 2012 High Sierra Music Festival in Quincy, CA in the QRO Concert Photo Gallery

The tide goes out a long way in Cleethorpes, exposing miles of sand flats that gleam yellow in the sun.  But the sun was absent this evening on Saturday, August 11th, and the sand stretched away to the distant river sullen and brown.  As the tour bus arrived a cold wind whipped in off the North Sea, pushing black clouds inland and threatening to rip down the bunting, which stretched the length of the pier.  In London a Jamaican four-piece was in the process of setting the place alight with their sprinting, but here in the North an eight-piece outfit were about to do the same with ones of Jamaica’s more older exports – reggae.

Shivering outside the venue, it was hard to imagine that anywhere could be less like home for the Kingston born musician who can justifiably be called 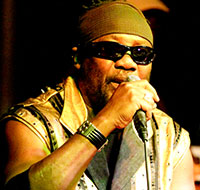 the father of reggae – the legendary Toots Hibbert of Toots and The Maytals – but as the evening progressed, it became clear that the veteran singer and his band can make themselves right at home wherever they happen to find themselves.  It’s been several years since this venue played host to an artist of his stature, but BadBoys Music Ltd. had brought him to Cleethorpes and the good news was that the town had turned out in force – and this wasn’t your dressing down kind of concert either, as posh frocks, sharp suits and pork pie hats were the order of the day – and members of the town’s flourishing mod, ska and northern soul scenes were clearly treating this as a festival night. 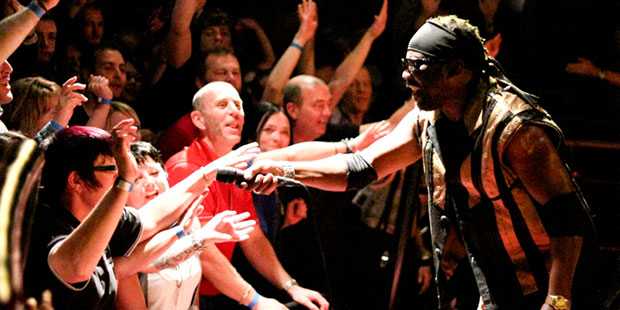 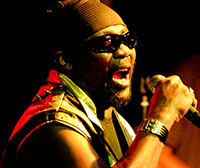 Inside the newly refurbished venue the place was buzzing with a capacity crowd and a real party atmosphere when the band took to the stage, ripping into a stomping, high energy “Pressure Down”, which kicked off a set whose tempo and energy level seldom dropped (apart from a brief interlude when the band left the stage for a few minutes).  Hibbert, sporting a black bandana and wraparound reflective shades, showed few signs of his 67 years – powerfully built and adopting a slightly crouched boxer’s stance, he gave the crowd a lesson in exuberant showmanship, delivering his vocals in his distinctive deep tone, rocking back and forward to shake the hands extended 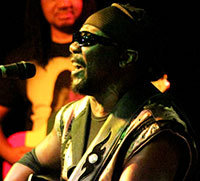 from the pit, dancing and sharing jokes with the band, and bouncing on the balls of his feet when on his signal the band raised the tempo of some songs.  Ska, rock steady, reggae, even a few bars of what sounded like rock and roll – this was a night on which styles and genres were effectively fused into a blend of highly danceable numbers that kept the crowd dancing non stop from the first moment to the last encore as Hibbert and the band (two basses, guitar, drums, keyboards and two backing singers) performed a set list of the best known Maytals’ hits, including “Monkey Man”, “Country Roads”, “Funky Kingston” and ending up with a raucous “54-46 That’s My Number” that brought the house down.

The tide was still out as we left and it was even colder.  Back in the Olympic Stadium the black, yellow and green of the Jamaican flag was waving from every hand, and just for a while the spirit of Kingston had been alive and well in sunny Cleethorpes. 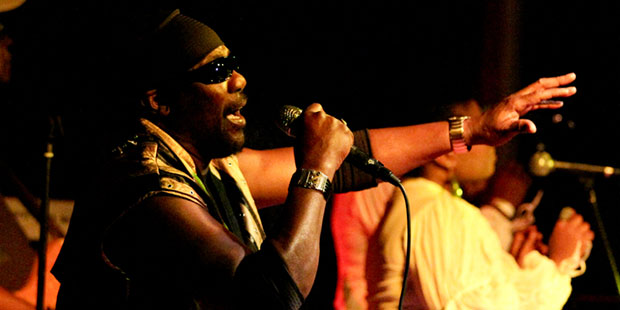