tUnE-yArDs came to Austin behind their new 'I Can Feel You Creep Into My Private Life'.... 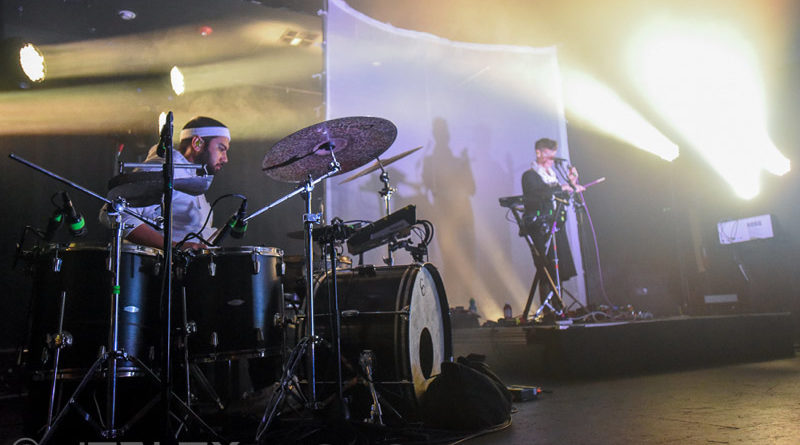 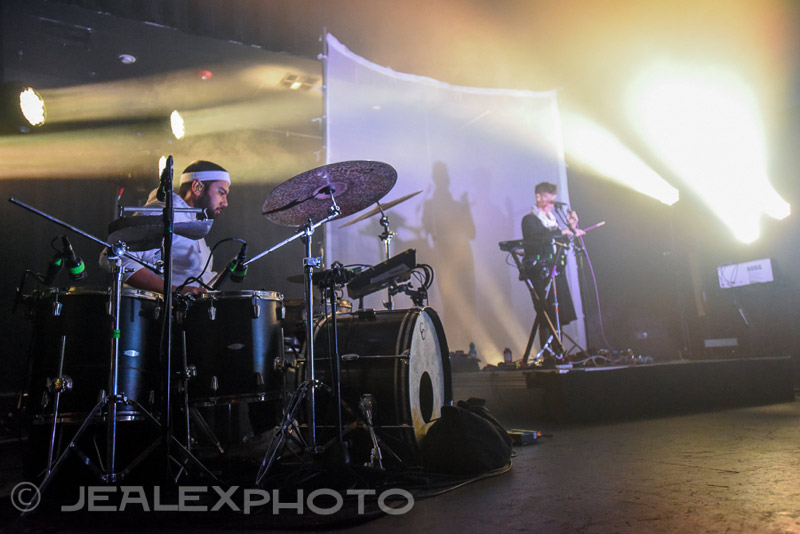 Photos of tUnE-yArDs at Prospect Park Bandshell in Brooklyn, NY on August 8th, 2015

Photos of tUnE-yArDs at Bass Concert Hall in Austin, TX on January 31st, 2015

Photos of tUnE-yArDs at 2014 Music Fest NW in Portland, OR

QRO’s review of tUnE-yArDs on Austin City Limits in Austin, TX on May 29th, 2012

Photos of tUnE-yArDs at 2012 Sasquatch! Festival in George, WA

The vocally driven pop group tUnE-yArDs released their fourth album, I Can Feel You Creep into My Private Life (QRO review) in mid-January 2018. It’s a powerful record that showcases intelligent lyrics and driving Kenyan & Haitian beats, which creates the fuel for a straight up dance party. Touching on themes of feminism and identity politics in a Trump America, lead singer Merrill Garbus and collaborator/bassist Nate Brenner provide a timely collection of songs that are in direct conversation with the anxieties of race in contemporary US society. Their show at Emo’s in Austin on Wednesday, May 2nd featured eight of the twelve songs on Creep, giving their fans alternating moments of reflection and release.

Beginning the emotionally charged hour and a quarter set was the slow drum beats by Hamir Atwal, the San Francisco based jazz drummer who travels with the group, as Garbus’ hauntingly repeats the lyrics “She’s a fool” from the song “Home” like a mantra. Beginning in complete darkness, Garbus’ vocals began to slowly warm up the respectfully quiet venue, as the lighting gradually illuminated a minimally decorated stage, revealing the trio. Dressed in a black gown, shoeless, with tightly cropped hair and white rope-like scarf, Garbus anchored the center of the stage atop a platform, with what looked like a drum stick/electronic Harry Potter wand. Flanking her was drummer Atwal and collaborator/bassist Brenner, both with white sweatbands over their foreheads. Each musician extended the sound of their instruments with a collection of different electronic triggers, drum pads, keys, and effects. 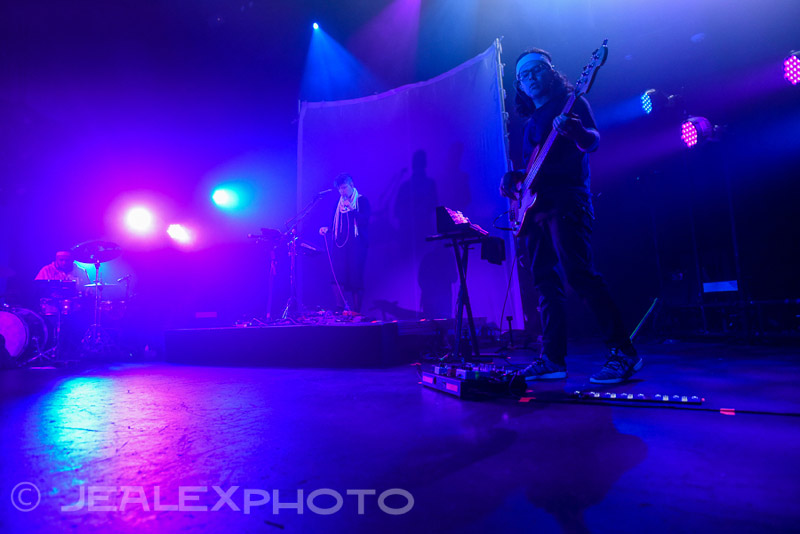 The dark mood livened up as the band worked through top single, “Look At Your Hands,” an ‘80s-hip-hop style song with driving bass line, and layers of vocal sampling that created a tripped-out atmosphere that would have easily fit at the Levitation Festival the previous weekend (QRO recap). That was followed by “ABC 123”, another pumping tune from the 2018 album, with bouncing vocals and African rhythms that had the crowd singing along to the chorus “A-B-C-1-2-3-L-M-N-O.” An extended version of “Water Fountain” from 2014’s Nikki Nack (QRO review) gave Merrill an opportunity to come out from behind her keys and drum pads, and walk to the front of the stage to bend over and look in their fans’ eyes while singing to the crowd. 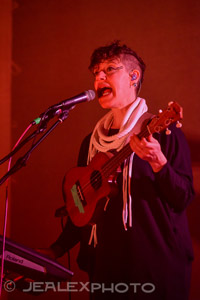 Rounding out the set was the lead track of the new album, “Heart Attack”, with Merrill’s percussive “–ack –ack –ack” and wide mouthed chants filling every corner of the large venue. After a brief intermission, the trio returned to the stage for a two-song encore. First was “Bizness” from 2011’s w h o k i l l (QRO review), which showcased distorted samples of Garbus’ singing that evoked a bird song-like melody, which was contrasted by full throated R&B lyrics. Closing out the encore was the cathartic song, “Free”, the last song on the newest record, which features a fuzzed-out bass that put a nice exclamation on the evening’s performance. tUnE-yArDs continue their tour to North Carolina, Virginia, and Pennsylvania before hitting spots in the Midwest. 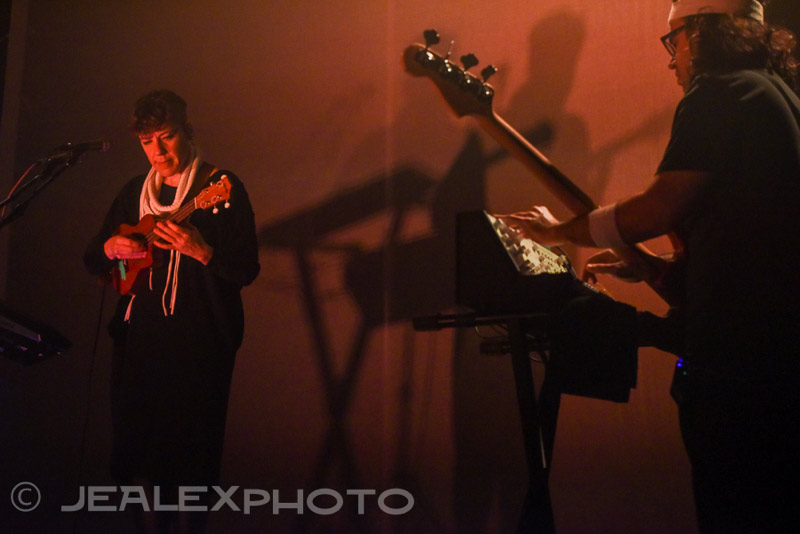