<img src="https://www.qromag.com/wp-content/uploads/2011/04/wayoutweirdrecap.jpg" alt="Way Out Weird : Live" />The Way Out Weird show last Thursday in Chicago, co-hosted by QRO & Cream Team, was a night of curious noise,... 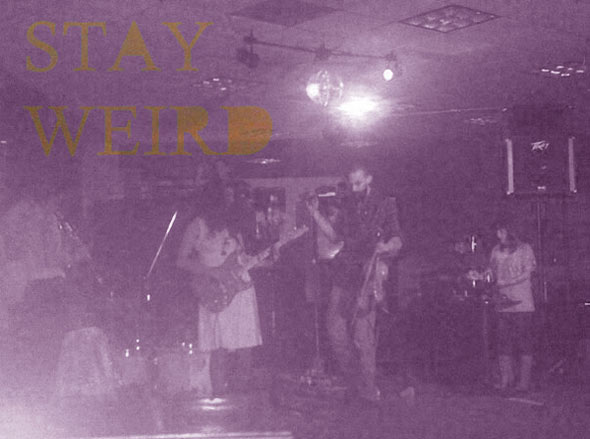 The Way Out Weird showcase last Thursday, April 21st, in Chicago, co-hosted by QRO & Cream Team , was a night of curious noise, karaoke, and firsts of all sorts.

Firsts all around!  Rumor has it there’s talk of turning Way Out Weird into a semi-regular party, so maybe those firsts will turn into seconds and more.  Much love to all the bands involved.  EULA just dropped their new album Maurice Narcisse (official record release soon) so watch for that.  Names Divine and Shattered Hymen are both homegrown Chicago acts, look for them around town.  And hats off to DJ Supreme Cuts: thanks for closing out Way Out Weird right!  Thanks as well to Joe, Bill, the VFW Blackhawk post staff, and everyone that lent a hand to make this a great night.  Stay weird!