While Montreal’s Wolf Parade came up in the ‘Canadian Invasion’ of the early 2000s, they always stood apart from the Arcade Fires & the Broken Social Scenes, in hewing... 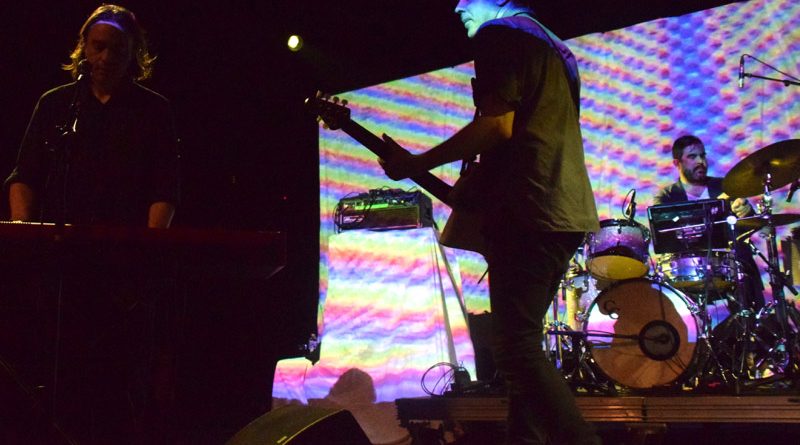 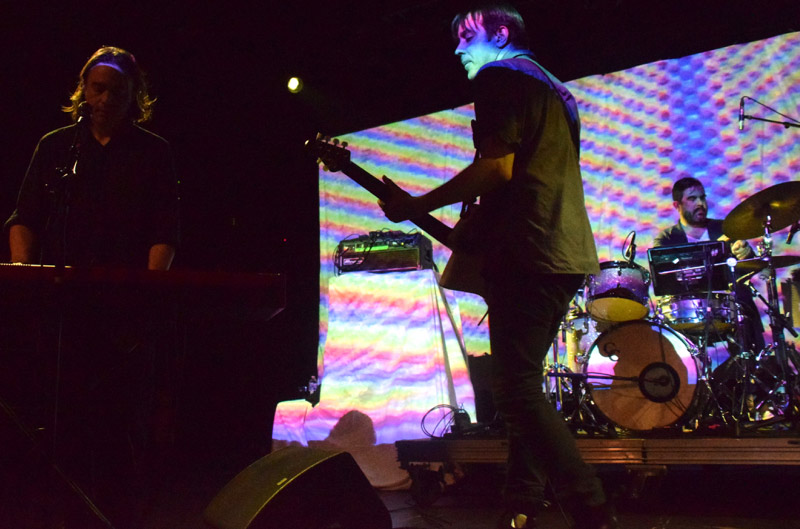 Click here for photos of Wolf Parade at Frank Erwin Center in Austin, TX on September 27th, 2017 in the QRO Concert Photo Gallery

Click here for photos of Wolf Parade at 2016 Pickathon in Happy Valley, OR in the QRO Concert Photo Gallery

Click here for photos of Wolf Parade at 2016 80/35 Festival in Des Moines, IA in the QRO Concert Photo Gallery

Click here for photos of Wolf Parade at 2016 Northside Festival in Brooklyn, NY in the QRO Concert Photo Gallery

Click here for QRO’s review of Wolf Parade at Bowery Ballroom in New York on May 17th, 2016

Click here for QRO’s review Wolf Parade at Crystal Ballroom in Portland, OR on July 27th, 2010

While Montreal’s Wolf Parade came up in the ‘Canadian Invasion’ of the early 2000s, they always stood apart from the Arcade Fires & the Broken Social Scenes, in hewing less to the expansive collective and more towards the frenetic indie energy. They’ve also managed themselves well, able to keep together a group with two singer/songwriters, guitarist Dan Boeckner and keyboardist Spencer Krug, unlike many other co-fronted acts (such as their late fellow Montrealites The Stills). They also knew when to take a hiatus, for Boeckner, Krug, and drummer Arlen Thompson to work on side & solo projects, making their return a welcome one. And they brought it all to Brooklyn Steel (QRO venue review) on Monday, February 24th, closing out “the Ayahuasca of touring,” 25 shows in 30 days.

On that rocky road behind this year’s strong Thin Mind (QRO review), Wolf Parade have definitely not faded away – but have stripped down to just a three-piece, and did start their show with technical difficulties. Too often, bands fiddling with knobs and looking at their controls instead of playing can be annoying, all ‘I’m too artiste to actually perform’ (once seen by Krug’s own Sunset Rubdown – QRO live review), but this time it was actually pretty funny. Maybe it was the exhaustion, but Krug bought some time for Boeckner by joking about opener Jo Passed (QRO photos) mispronouncing his last name (it’s ‘Kroog’), while when Krüg had to tweak, Boeckner called for socialism now (to be fair, they’re Canadian, so pretty much already there…). The whole show had a bit of an ‘I’ve been up way too long and way too wired’ feel (like the recent episode of The Magicians where they have to stay up for five nights to talk to the moon). 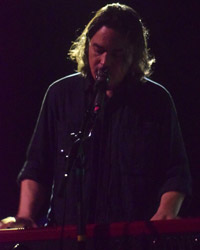 That added fuel to the frenetic energy that Wolf Parade feeds off of. All their albums fit together well, without all sounding exactly the same, able to go from a new single like “Against the Day” to breakthrough single “Grounds for Divorce”. There’s a hope to their music, perhaps the kind of hope that would sustain someone staying up all night(s) for something great, slowly spinning out of control.

Also, it should be noted that, despite Boeckner & Krug splitting songwriting duties, this isn’t ‘take turns being each other’s backing band’ type of situation (think late Beatles, or late Hüsker Dü). Take the great eighties synth line from Krug in Boeckner’s “Against the Day”, that easily could have been saved for one of the keyboardist’s own songs, but instead make the guitarist’s piece a standout. 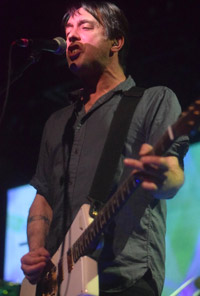 Wolf Parade did have a rather odd lighting set up, mainly just a projection screen laid over them, which left Thompson lit up, half of Boeckner showing (depending on where he was standing), and Krug in the dark. Though, while this might have upset photographers, further back it wasn’t as stark, and the different projections for each song gave them different feels.

The band thanked their lighting person, as well as everyone else on their tour, admitting to have come down with the “Brononavirus” – “Symptoms are… just loving each other.” Krug criticized himself for not wearing a t-shirt as he got sweaty, but didn’t take his shirt off, despite crowd entreaties, noting that no one wants to see 42-year-old “show what’s going on down there” (“Total smoke show,” Boeckner described). 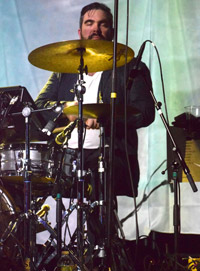 For the encore (after drying off a bit), Wolf Parade did some “old songs,” starting with recently revived oldie “Disco Sheets” from their 2005 self-titled EP (actually the third of four self-titled EPs), then an epic “Heart’s On Fire” from the breakthrough debut full-length Apologies To Queen Mary. That easily could have been the closer, but instead the band upped themselves with an epic jam on “Kissing the Beehive” (2008’s At Mount Zoomer – QRO review) to finish the night. 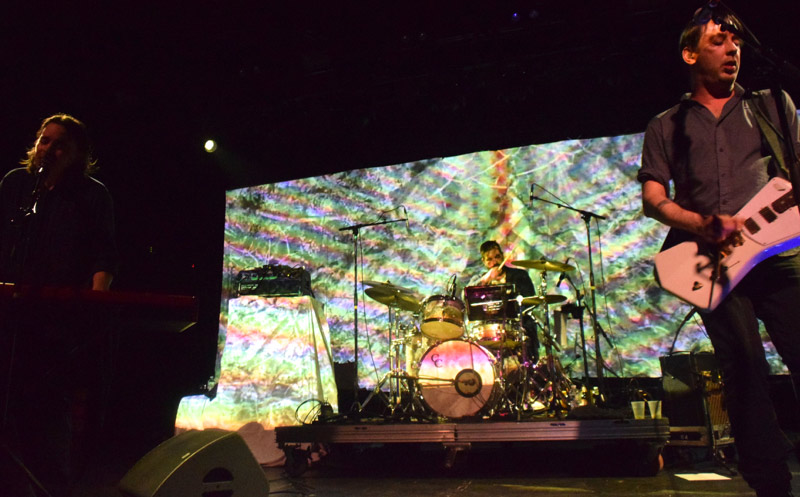