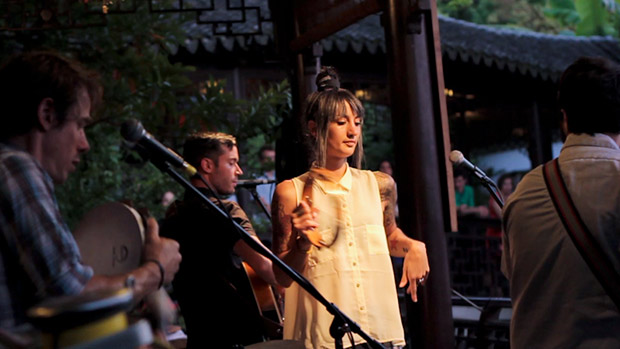 Click here for photos of Y La Bamba at Terminal 5 in New York, NY on February 1st, 2013 in the QRO Concert Photo Gallery

Click here for photos of Y La Bamba at SXSW 2009 in Austin, TX in the QRO Concert Photo Gallery

Y La Bamba played to a hushed audience in the lush Lan Su Chinese Garden of Portland at the Tuesdays by Twilight Summer Concerts, July 10th, with a set list that included songs from all three of their albums.

Luz Mendoza brings a unique infusion of Mexican folk musings intertwining in American folk as her haunting vocals blend with the rich vocal harmonies of her bandmates.  In the Garden, with their folksy, captivating mix of sparsely arranged songs, they seemed to almost conjure up the soft summer breeze that rustled the trees and played circles around the captivated audience.

As the band switched instruments between songs, they shared band stories and jokes, inviting the audience to be part of their experience, as though inviting them into a large family.  A família that the audience was cordially invited to join with Ben Mercycord and Luz’s brotherly, sisterly banter and open chitchat with the audience and the other 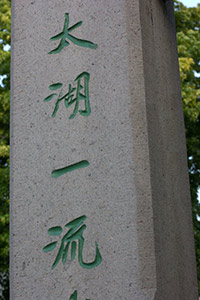 Thankful for the opportunity to play in the beautiful setting, Ben commented that he had not visited the Chinese Garden since childhood.  Luz, almost as an aside, as though sharing her thoughts asked what the fishes thought of the music.  As if on cue, the sun set over the garden as they played “Houghson Boys”, a choir like hymn with layers of soulful salutes to goodbyes, confusion and blessings to the earth (“The setting sun’s falling light in place, singing your final song”).

Luz asked if anyone spoke Spanish; hands were raised in response as she explained she was going to sing a song in Spanish.  She then joked with those who spoke Spanish and introduced her brother who had just moved to Portland.

“Como Ratones” excites one to learn Spanish, without understanding the 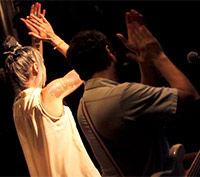 words, heads unconsciously bob to the beat of its joyful rhythms, enunciated with maracas, a dancing accordion and Luz’s yearning vocals that are at times soft and almost fragile, at others almost explosive, but always with a haunting quality as if they’re emerging from a dusty recording on a lost Victrola.

Luz’s captivating voice is at the heart of Y La Bamba’s sound; yet the strength of the vocal harmonies offered by her band mates – a six-piece that includes Ben Meyercord, Mike Kitson, Eric Schrepel, Paul Cameron and Scott Magee, creates an atmospheric journey through light and dark. 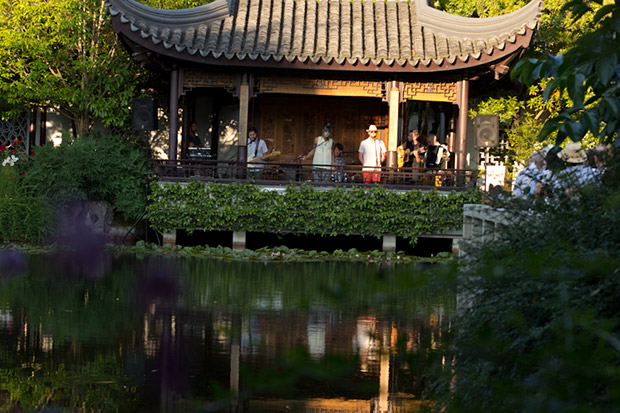 Honeydrum : Do U Party? EP