You Say Party! We Say Die! 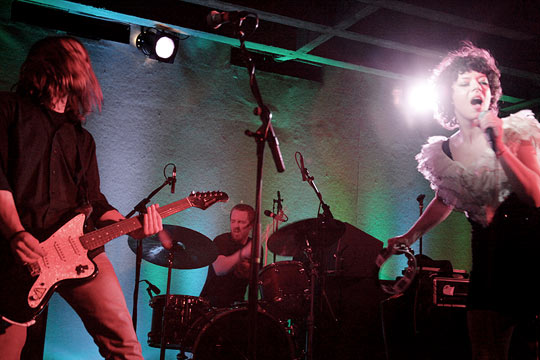 Click here for photos of You Say Party! We Say Die! one week later at SXSW 2010 in Austin, TX in the QRO Concert Photo Gallery

You Say Party! We Say Die! gave a small, reserved, but enthralled crowd 110%, at the Doug Fir Lounge in Portland, Oregon on Wednesday, March 10th.  Starting a couple minutes early, the band plugged in and went for it with little more than a ‘hello.’  That’s not to say they were stuffy, detached or even slightly unapproachable-far from it.  But where less mature bands will shuffle around, tuning (or acting like it), goofing and generally wanking, YSP! WSD! came into Portland to play music, which is what their 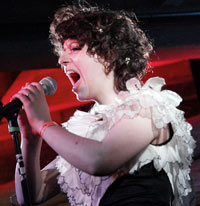 fans paid for.  That’s not just refreshing, that’s class.  It was the first of many displays of professionalism from the Canadian quintet at the Doug Fir.

It wasn’t all business, of course, and despite the minor key and often gloomy songs, it was certainly all about fun.  Becky Ninkovic was the petite and perky cheerleader, bouncing around the stage like a Superball, voice clear as a bell.  The set opened with the single, “There is Love (Within My Heart)” and the band was spot on, each member sharp and in the pocket.  The mix was clean and balance, giving further evidence that the group knows what they’re doing. 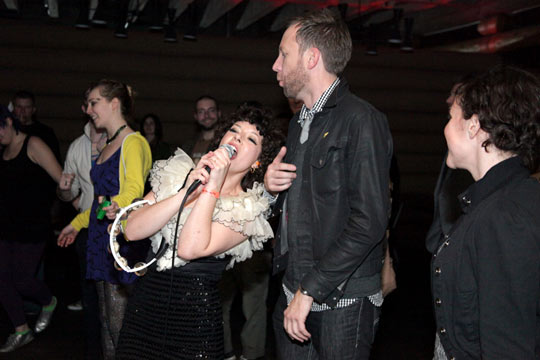 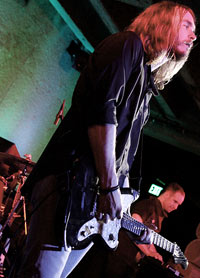 Ninkovic seemed surprised but genuinely pleased when a fan walked up to the stage and requested “The Gap”.  “It’s coming in two songs,” she replied.  “But it’s coming.”  When she sang it, almost directly to him, it was one of the best songs of the night.  She had a warm rapport with her small but devoted audience.

Right up there with it was “Lonely’s Lunch”.  Darker, with lyrics and vocals moving from disconcerted to distraught to frantic, the energy reached a fever pitch at this point in the show.  Guitarist Derek Adam has an edge to his guitar tone that sharpens the mix, but he never overplays or overpowers, adding snarl and bite to the song. 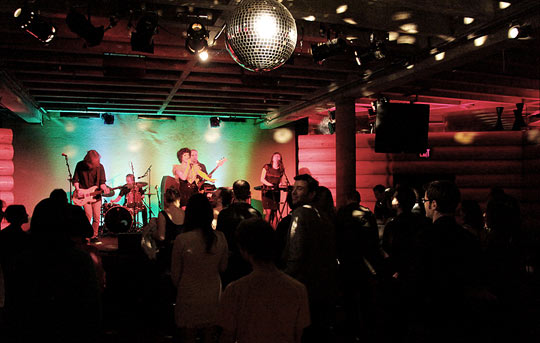 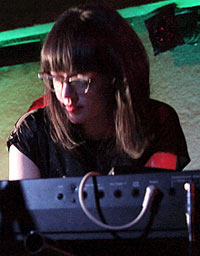 The crowd was pretty reserved at first (one spectator announcing that it was the middle of finals week), but a quick glance made it clear that most of them knew the words to the songs.  Ms. Ninkovic jumped off the stage and onto the floor, singing with them.  Krista Loewen’s background vocals and keyboard musings were where they should be, always where they needed to be, every time in every song, never missing a cue.  The band often stops-starts-stops for dynamic effect with drums and bass-Devon Clifford and Stephen O’Shea, respectively-leading the way and never, ever, dropping the ball.  This is important: there was no sloppy, slogging into the next measure, no meandering in search of pitch or place.  Despite their fresh and unpretentious look (the girls were fabulous in vintage), this band is tight.  There’s no substitute for rehearsal. 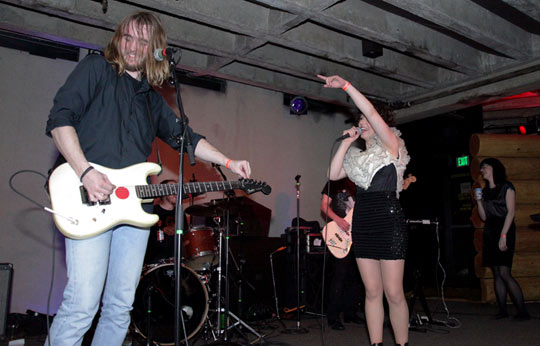 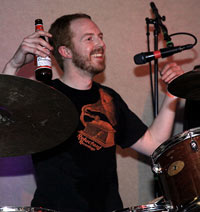 Nor is there ever an excuse for taking fans for granted, which definitely did not happen.  How many bands have ‘phoned in’ a gig to a small audience?  Worse, is how many bands waste time-and their fans hard-earned money-tuning, bantering, making excuses onstage?  Adam broke strings twice and even then, moved faster than imaginable to get back into action.  These were the only terrible moments in the show-the time-filling jokes were just awful; gratitude for music’s return, immeasurable.  Planned?  Probably not but like the rest of the show, the band had been there before and had each other’s backs, so the bad jokes were forgivable. 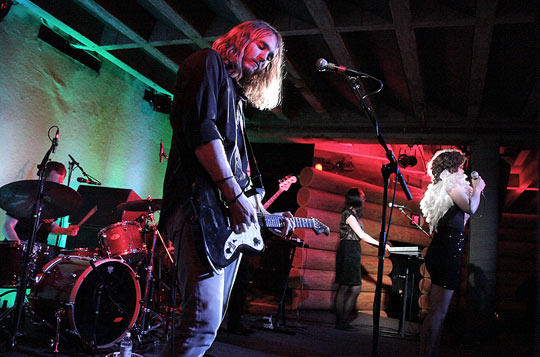 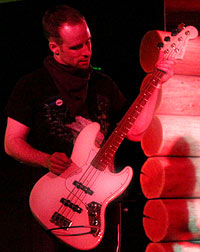 The old rock and roll adage goes “It don’t mean a thing if you can’t prove it all night.”  You Say Party! We Say Die! proved they’re the real thing.  And they love to play.  From the first song to the last, the intensity never flagged and at the end, the audience lingered on the possibility they might get one more song (the band played a long set without an encore).  Each album has been progressively more focused and by now there’s no questioning musicianship.  Given a steady stream of ideas, the sky’s the limit for You Say Party! We Say Die!