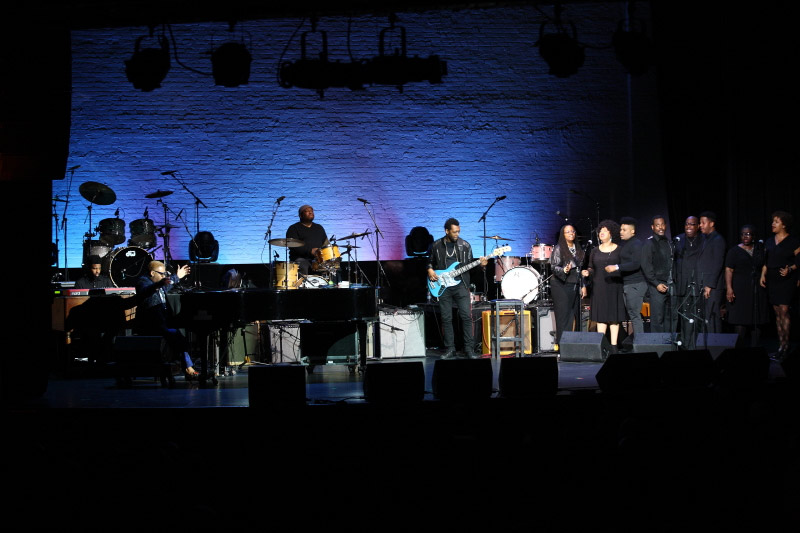 Apollo Theater is located on 253 West 125th Street, Manhattan, between Eighth Avenue and Adam Clayton Powell Jr. Blvd. (Seventh Avenue).  It has a storied history, best known for being the home of the African-American ‘Harlem Renaissance’ in the 1930s; its ‘Amateur Night’ launched the careers of such legends as Ella Fitzgerald, Billie Holiday, James Brown, Diana Ross, The Jackson 5, Stevie Wonder, Aretha Franklin, Mariah Carey, Lauryn Hill and many, many more.  There was even the TV show, Showtime At the Apollo, which included ‘The Sandman’ who’d remove from the stage contestants who were booed by the audience.  It went into decline in the seventies, only to receive government ‘landmark status’ and be refurbished & reopened in 1985.  While owned by the State of New York, it is operated by the MSG circle of venues (Madison Square Garden, Radio City Music Hall, Beacon Theatre), though more bookers like Bowery Presents have booked shows there in recent years.

For such a legendary venue, perhaps the most famous in New York after Madison Square Garden, Apollo Theater is actually not that large, with a depth less than half that of similar ‘grand movie palaces’ that were converted into live music venues, such as Radio City Music Hall to the south or United Palace Theatre to the north.  It does make up somewhat for that with two balconies, and the lack of depth means that the balconies are surprisingly close to the stage, akin to Town Hall, but only more so.  But there is no separate foyer bar area (just an entryway, past photos of past Apollo luminaries); instead, the main floor bar is just at the back of the seats; the drinks at that bar aren’t cheap, and the drink lines from either end move notoriously slowly.  There is a nice bathroom (and another slow bar) downstairs.

The historical connection with its Harlem neighborhood has somewhat ‘ghettoized’ the Apollo, as it’s so associated with African-American artists and audiences that people rarely look to it for anything else.  However, in recent years it has begun to expand the variety of artists who play there (and thus the variety of crowds who go there); MSG seems to be trying to do that for Radio City and Beacon as well (perhaps diverting artists who’d otherwise play at under-refurbishment Madison Square Garden, or just trying to mine the same vein of artists who have made similar-sized Terminal 5 a success).  While the bar situation is frustrating, the lack of depth creates a much closer experience for the crowd than at other spaces like it.  And there is just something special about saying you saw an act at The Apollo. 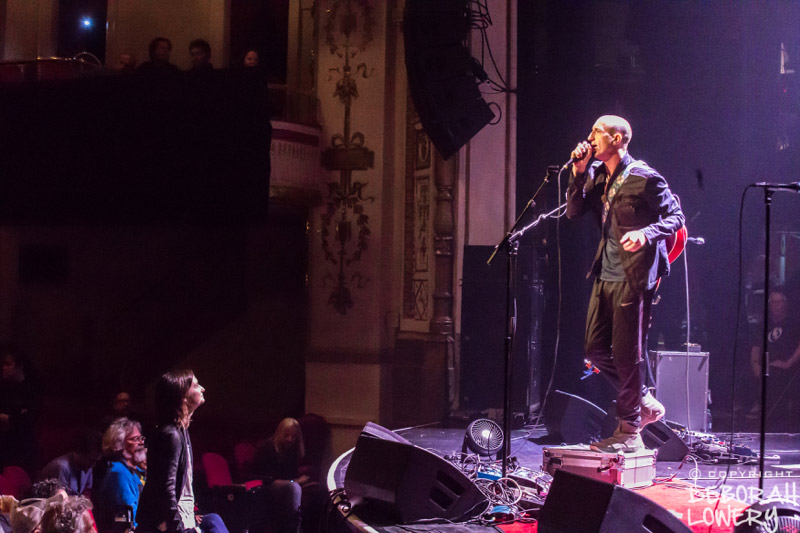