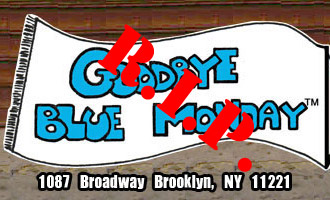 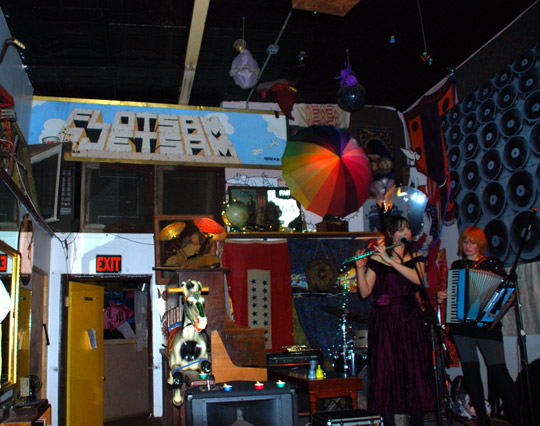 Goodbye Blue Monday is located on 1087 Broadway, Brooklyn, between Lawton and Dodworth Street.  Opened in 1984, it was named in homage to Kurt Vonnegut’s seminal novel, Breakfast of Champions or Goodbye Blue Monday.

The venue consists of a front room and a back garden.  The front room is a small, thin space, more coffee house than bar or music venue, with tables and chairs littering the middle.  The stage is at the back, raised a few feet, with a corridor on the house-left, right past the bar, that leads to the bathroom and back garden. The sound system isn’t much, just some amplifiers.  The walls are decorated high, even the ceiling, with various eclectic flotsam and jetsam (including a sign that says ‘FLOTSAM and JETSAM’).

Like the name and the décor, Goodbye Blue Monday hosts a strange collection of acts, rarely anyone you’ve ever heard of, but there’s no cover.  The beer prices are cheap, and the place also has a wide assortment of not just coffee, tea, and juice, but even serves wraps and other food.  Located deep in Bushwick, the place is a stretch to reach for anyone who doesn’t live in the area.  It’s not as special as it wants to be, but is still certainly unusual.

1087 Broadway (between Lawton and Dodworth Street) 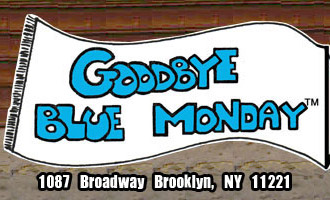