Pier 84’s events ended after the 2015 season. Hudson River Park stretches along the (even-numbered) piers on the west side of Manhattan, and includes Pier 84, directly west of... 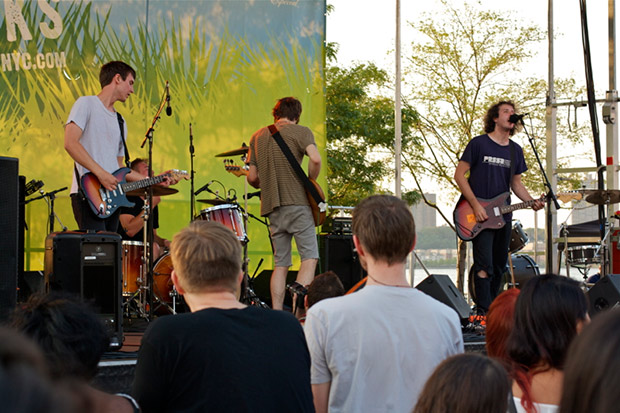 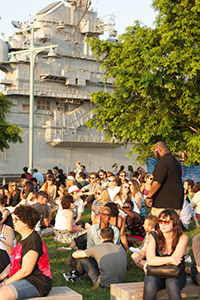 Hudson River Park stretches along the (even-numbered) piers on the west side of Manhattan, and includes Pier 84, directly west of 44th Street.  Like South Street Seaport’s Pier 17, Pier 84 is an actual wooden pier, refurbished and updated into a pedestrian area.  It lies directly south of The Intrepid, the retired aircraft carrier that has been converted into a museum (including newest addition, Space Shuttle Enterprise), at Pier 86.  In 2012, the RiverRocks summer concert series moved from Pier 54 farther south, to the wider and much nicer Pier 84, with shows beginning at 6:00 PM.

While Pier 54 was just a long pier in so-so state (the series moved due to repairs needed at 54), Pier 84 is a full, modern pedestrian pier, with a coffee kiosk.  The actual stage is located at the far western end, and to get to it one must enter via the northern side of the pier, which is cordoned off from the rest by metal barriers.  Between the proper entrance, halfway down the pier, and the stage are two beer tables, some food carts, and a green strip (including trees) in the middle of the pier (there are also speakers further up the pier that broadcast the music from the stage).  To the house-right of the stage is a VIP area, and just before it some port-a-potties, along with a backstage area literally behind the stage. 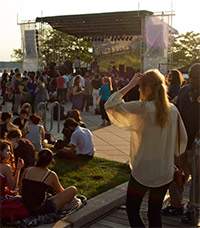 Though Pier 84 technically has a smaller capacity than Pier 54, Pier 84 is wider (the reduced capacity probably comes from not including the whole length of the pier), and as such is a much better venue to see a concert than Pier 84, where one either got smushed up front, or was far from the stage.  And the added speakers help handle the issue of sound dissipating out on the water, with no walls.  Like previous RiverRocks series, there are only three concerts regularly scheduled there, and RiverRocks wisely books active, energetic acts to play the Pier, as more sedate bands could get lost amidst the river, and there are no ‘adult’ acts, like classical or world music, which make up much of the free schedule for SummerStage and Celebrate Brooklyn!.  A nice upgrade for one of NYC’s underrated free concert series. 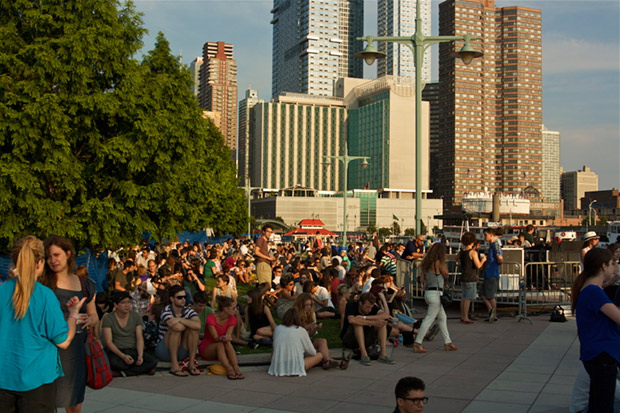