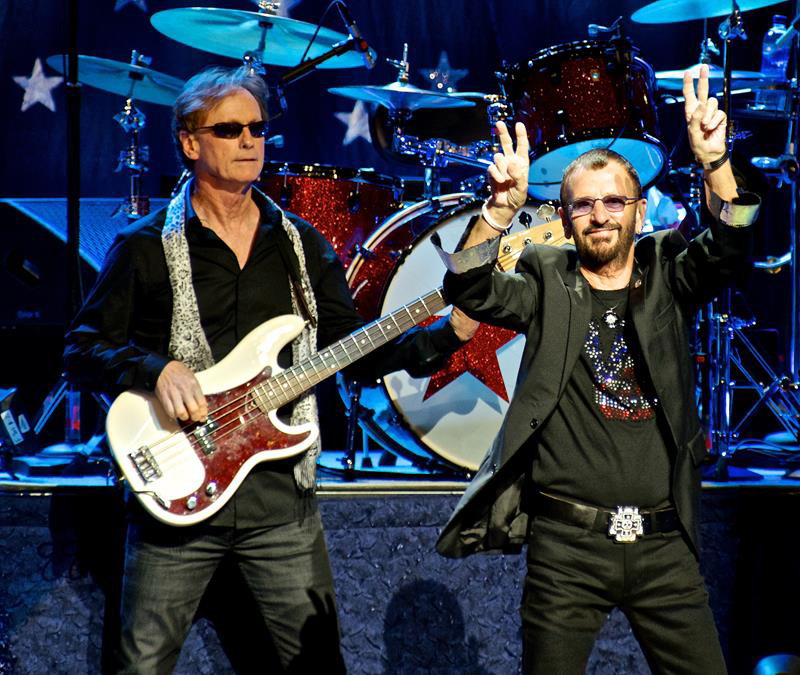 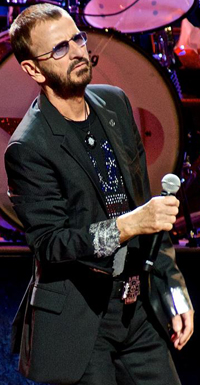 There are those musicians where one name suffices. Mick. Madonna. Sting. Bono. Ringo. Yes – Ringo Starr, the Beatles drummer who in the past commanded the respect that many drummers get-not a lot! But it was that Ringo-no last name needed-who claimed the stage at New York’s Beacon Theatre (QRO venue review) on Tuesday, June 17th.

As a Beatle he was, in addition to the drummer, the lead singer on the #1 hit “Yellow Submarine” as well as “With a Little Help from My Friends”. He often felt somewhat removed from the rest of the group, and a bit like a session musician at times. After the demise of the Beatles, Ringo continued to work on the solo projects of Leno and Harrison. Ringo released his first solo album, eponymously titled Ringo, in 1973. The record was a success. Several less successful albums and groups led by Ringo followed over the decades – which brings us (short version) to the present. 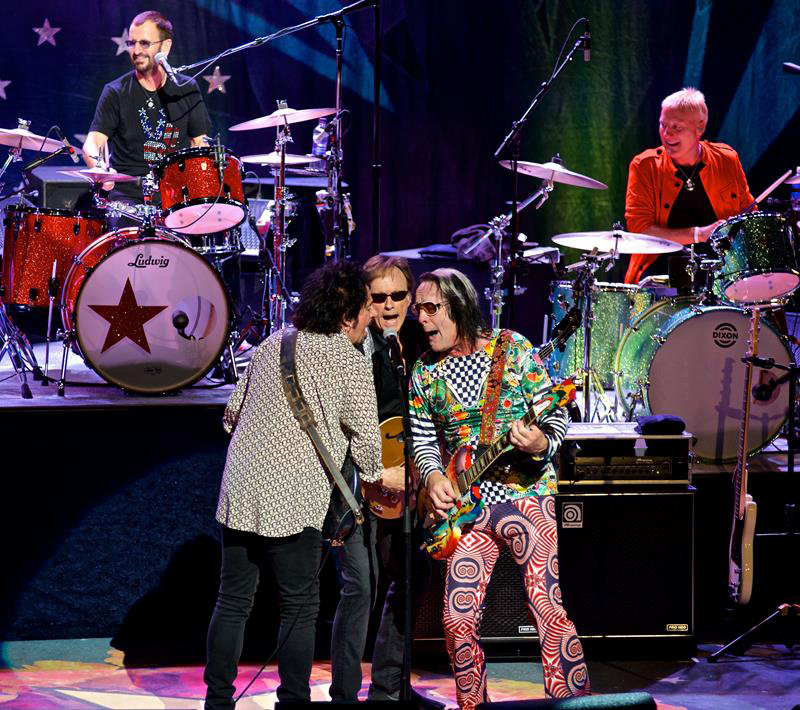 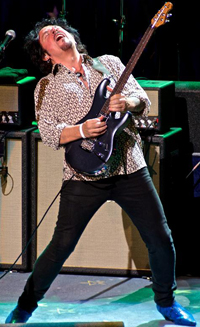 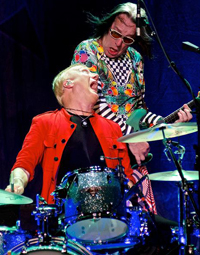 “Ringo & The All-Star Band” was the official billing. Bandmates consisted of Steve Lukather from Toto, Gregg Rolie from Journey and Santana, Richard Page from Mr. Mister, Todd Rundgren, saxophonist Warren Ham, and second drummer Gregg Bissonette. The show consisted of many Beatles songs – no one expecting that material would be disappointed. Selections included “Yellow Submarine” and “With a Little Help From My Friends”. He began “Don’t Pass Me By” briefly on piano before stepping away to the downstage microphone. Ringo was at ease with the crowd, often making jokes – some at his own expense – about his position as the ‘forgotten’ Beatle. 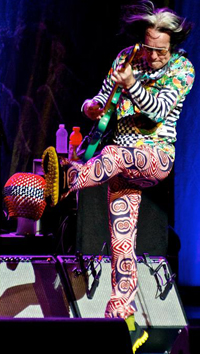 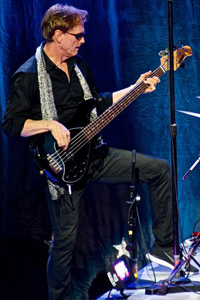 Less of his solo material was represented, including a poignant “Photograph”. He also added some Carl Perkins covers – opening the show with “Matchbox”. Ringo flashed the peace sign often – and an undercurrent of peace and love was evident throughout. All of the other All Stars had their chance to shine as well. Ringo dutifully manned the drums in a support position throughout most of the other’s star turns. Page delivered a strong “Broken Wings”. Rolie shared “Black Magic Woman” – his voice, along with Page’s, has held up very well through the years. Not to be outdone, Rundgren had a great performance of “Bang the Drum All Day” – a personal favorite of Ringo (unsurprisingly) we were told. These classic songs which many of us have only heard on recordings were wonderful to see live with some of the original musicians. These ‘All-Stars’ breathed life into what on the radio can seem stale. The ‘All-Stars’ were able to ‘resuscitate’ some of the most recognizable songs of their eras. The subtle human variations, musical improvisation, and lack of time constraint that occur on stage brushed away the embalmed feel of a track that we have all heard over and over without change. To paraphrase Monty Python… ”I’m not quite dead yet…” 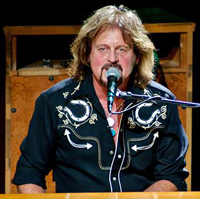 Overall Ringo showed himself to be an excellent musician who has no trouble sharing the spotlight (a role he has often assumed). Fans of the Beatles, and fans of classic rock enjoyed a trip down memory lane. But this voyage was alive and breathed with solid musicianship. Not a lot of surprises-and no one was really looking for any. The biggest surprise was how vibrant old hits become when reinterpreted and reinvigorated by the energy of a great set of real musicians – no matter their age! 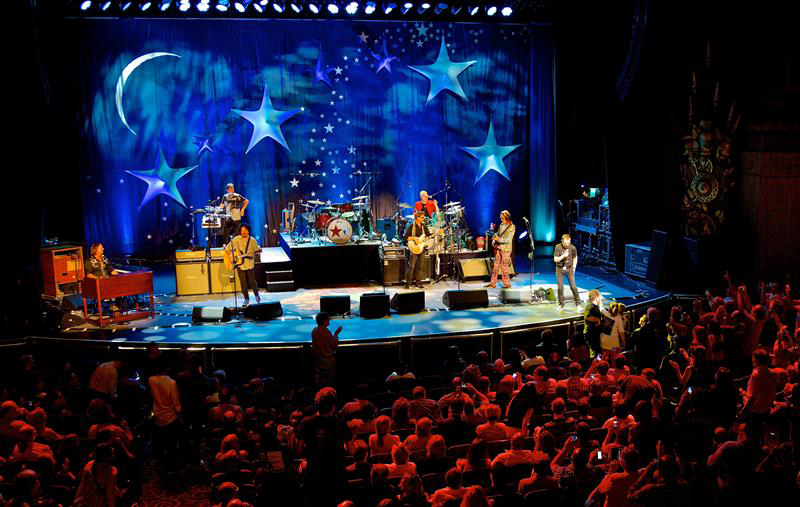