More Click here for photos of festival sights at 2014 Riot Fest in Chicago, IL in the QRO Concert Photo Gallery The American music festival business is getting bigger...

The ground at Humboldt Park had dried up by Sunday, though was occasionally soft and the worst spot, an infield of the regular ball field near the Riot & Rise stages, was fenced off. That did create a nice spot for folks with blankets, older fans & those with kids – or one could sit on the dugout benches. 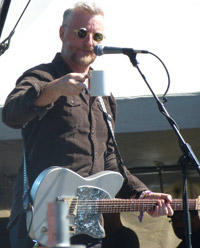 Early on, Kurt Vile & The Violators had his usual jam-psych moments, but also surprisingly went country-rock and even straight-up country. The Hold Steady, on the other hand, delivered what their big crowd wanted – talkative rock ‘n’ roll. Also talkative was Billy Bragg, joking about his American brand of tea (“If you drink enough of it, it’ll make you think you can sing in tune – Morrissey recommended it to me…”) and dirty club bathrooms in old Chicago. If you’re just a solo artist up there on the big stage, you need to be a storyteller as well, which veteran punk Bragg is. 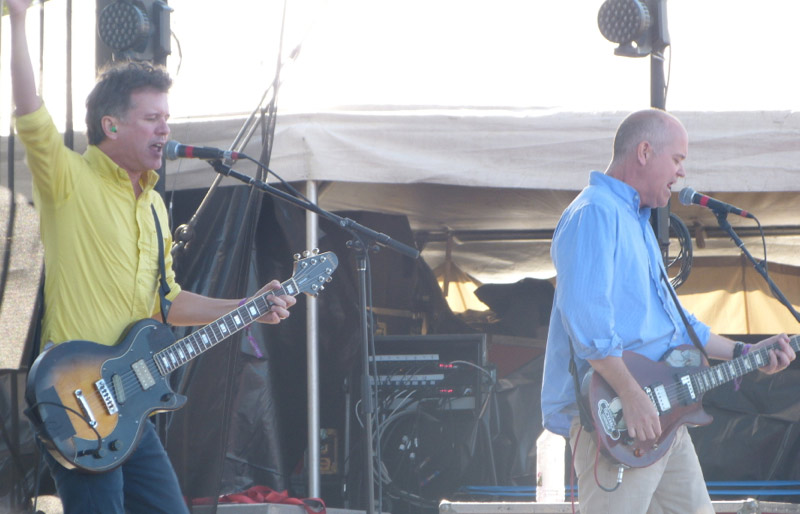 Energetic alt-rock the way it’s supposed to be – thank god for Superchunk. Frontman (and Merge Records founder) Mac MacCaughan is a fun presence, though guitarist Jason Wilbur joked as well. Rounding out the crew was maybe the funniest musician on Twitter, drummer Jon Wurster, along with bassist Jason Narducy (filling on tour for ear pain sufferer Laura Ballance) – did they red eye it from New York after playing three nights of their other gig, back-up to Bob Mould (QRO live review)? 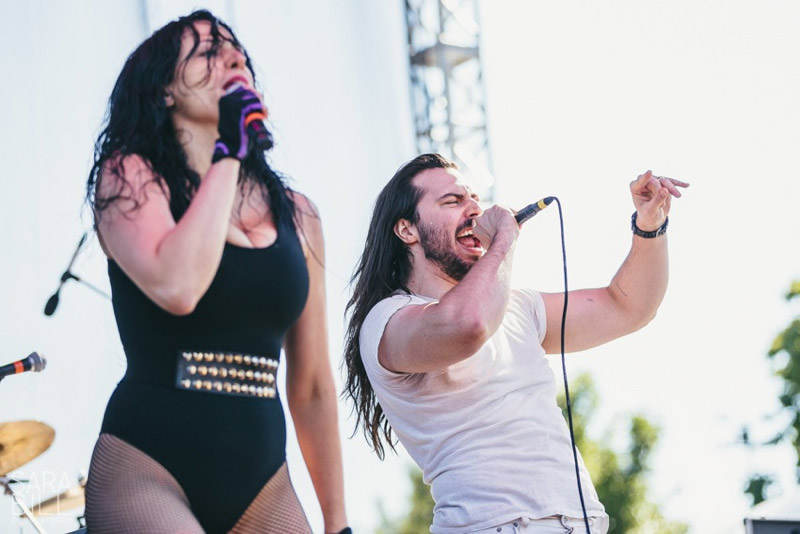 Bringing the “Party” to Riot Fest for a second year in a row was Andrew W.K. (QRO Riot Fest ’13 photos) – literally, as he started with his big hit, bringing about so many crowd-surfers that photographers were kicked out of the photo pit after that first song. Meanwhile, skewing strictly younger in fans was Motion City Soundtrack. 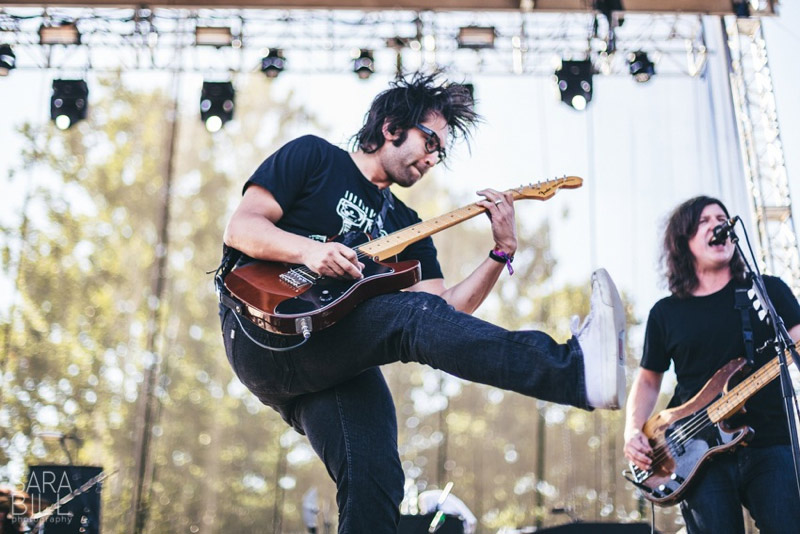 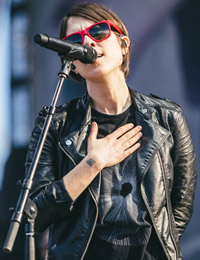 But if you want a crowd that’s not only young, but also female, go see Tegan & Sara – even at a male-heavy punk fest like Riot Fest, XX chromosomes abounded, including couples and those jostling each other to get close. The sisters Quin are another act that also brings the funny on stage, whether Sara talking about being inspired as kids to do punk acoustic from the Violent Femmes (for Quins’ teenage ‘light punk’ band, ‘Plunk’), or Tegan (QRO interview) promoting her big “rock move” (“Even braver that Sara wearing tights…”), a high kick to start “Drove Me Wild”. They actually didn’t play as much off their most recent record, Heartthrob (QRO review), being at the tail end of touring it, also celebrating the tenth anniversary of So Jealous, the record that got them to pick rock ‘n’ over college, with its single “Walking With a Ghost”. 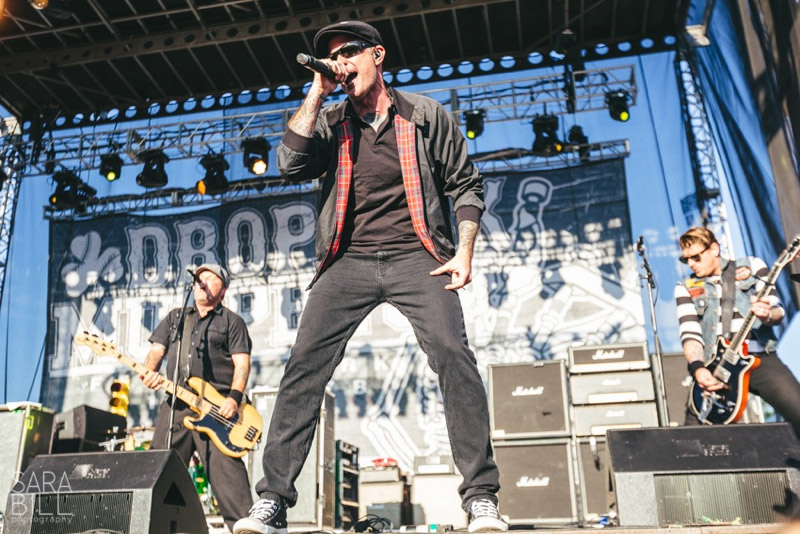 Like Die Antwoord into The Afghan Whigs on Saturday, a mismatched one-two was Tegan & Sara into Dropkick Murphys, whose own big crowd took up the entrance/exit, making for giant bottleneck. But “The Boys” from Boston were “Back” and were certainly rocking in that other Irish-American town. Unfortunately the legendary Patti Smith wasn’t quite loud enough for the loud Riot Fest. 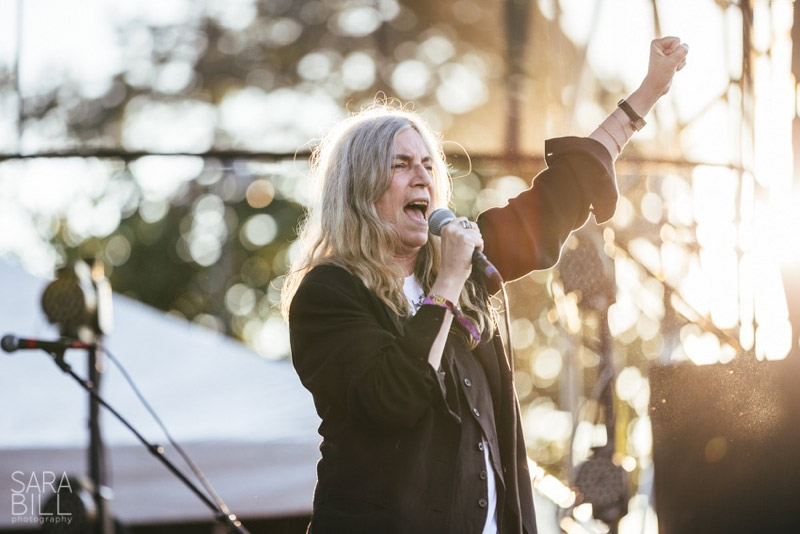 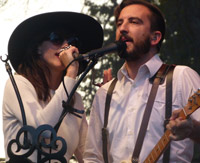 Riot Fest had a few smaller stages with bands you didn’t know, like In the Valley Below, whose indie-rock power mixed with romance was reminiscent of Stars. A band you do know, playing a record you know, was Cheap Trick doing Heaven Tonight. Their unabashed classic rock seemed to get a better response/fit better than similar-aged critical icons like Patti Smith or Saturday’s Paul Weller, maybe because Cheap Trick were never too cool for school – they always wanted you to want them (they closed with that veteran single, after opening with the always-amazing “Surrender”, the last & first songs on Heaven). 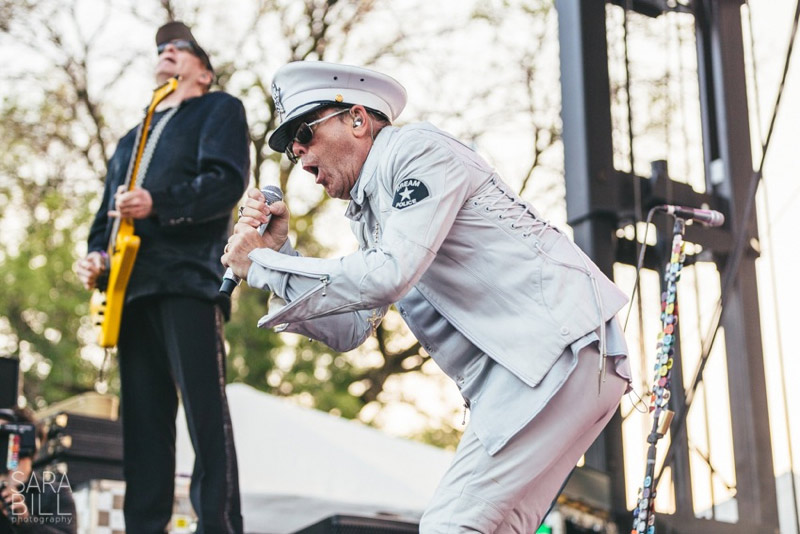 Filling the role of cheeky emo-punk band on the final day of Riot Fest was New Found Glory. Filling the role of seminal icons that might be too full of themselves was The Cure, who played the equivalent of two full festival sets – but didn’t let anyone photograph. Robert Smith has put on a few pounds, but we will always love him… 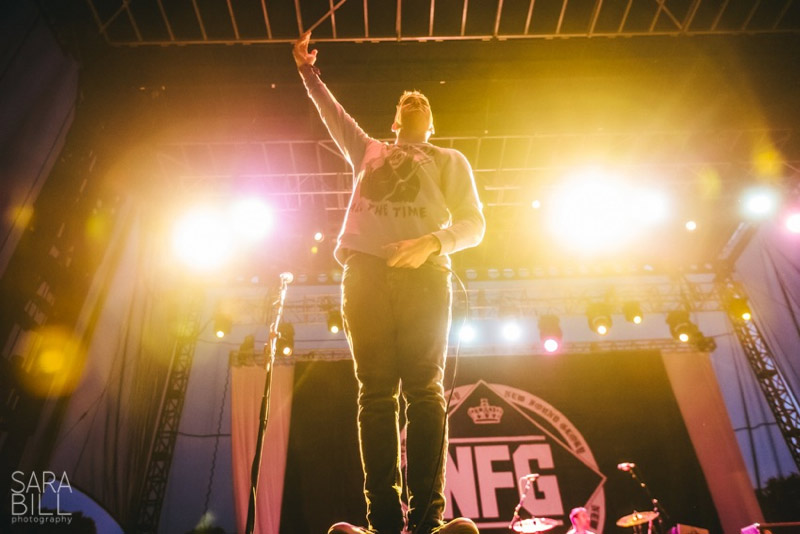 Riot Fest’s other end started with “Those Damn Blue-Collar Tweekers”, Primus, who began with that song, but also did a lot of frizzle-fried jam. The low-lit set had the group’s two giant inflatable astronauts, but this time had regular drummer Tim Alexander’s face projected on both of them. Alexander couldn’t physically be there because of health issues, so instead Primus recruited Alex Van Halen (of, yes, Van Halen), answering the Craigslist ad. Singer/bassist Les Claypool (QRO interview) was enamored of the lit up Ferris Wheel spinning behind the crowd, while guitarist Larry LaLonde interpreted it in a solo. 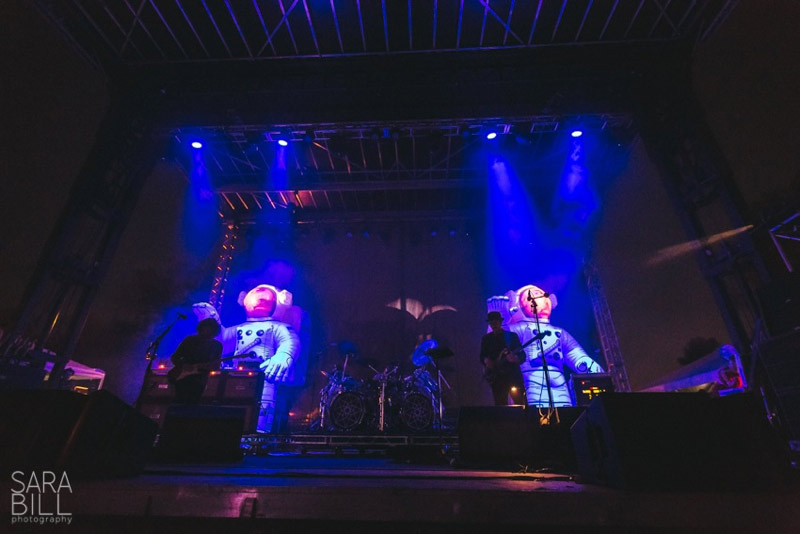 There was a huge crush to get anywhere near final Riot Fest band, Weezer. Like nine other acts at Riot Fest, they were going to play a single album, but as headliners they had more time to do so, and thus started with a new song from their upcoming Everything Will Be All Right In the End, then went backward in time, talking about 2001 (“Island In the Sun”) and even “El Scorcho” from Pinkerton (QRO deluxe edition review) before taking a break. Yet Rivers Cuomo & co. returned (though Cuomo without his trademark glasses) for their ultra-amazing debut, Blue (QRO Blue live review). Virtually every song a classic, the crowd got to hear guitarist Brian Bell and bassist Scott Shriner do the spoken parts of “Undone (The Sweater Song)”, find out “My Name Is Jonas” (why haven’t the Jonas Brothers ever covered that?), and even get that stage’s second KISS reference “In the Garage” (which should be a theme song for one of the two competing Dungeons & Dragons documentaries). 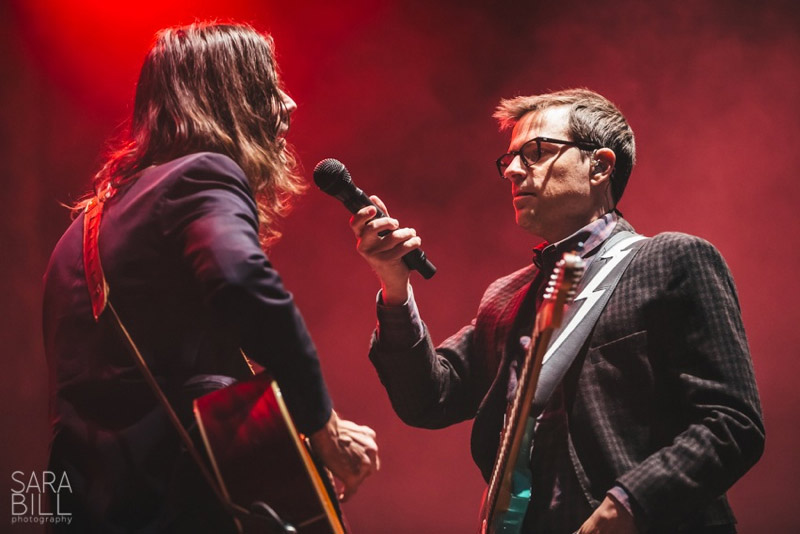