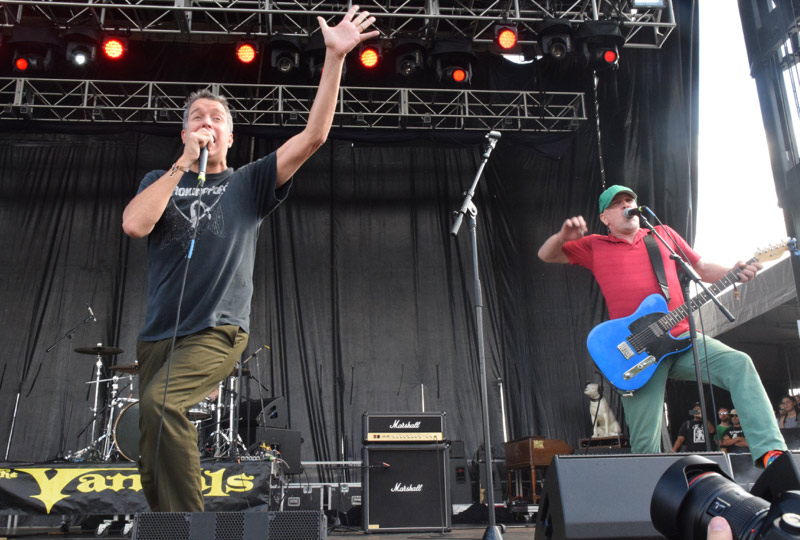 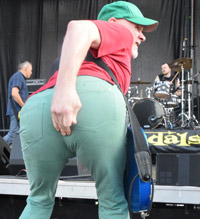 Riot Fest is a great place to catch veteran punks, the kind who were rocking when you were in high school, even in diapers, but the question always is: do they still have their own spirit & energy, this far into middle age? Thankfully, The Vandals are still the silly punks that they’ve always been, making faces, wacky poses, even a one-legged guitar solo. On the Rock Stage they remarked upon the photographers leaving the photo pit after the standard first three songs, wondering where the photogs were going, adding, “Take photos of us when we were younger; we looked better…” 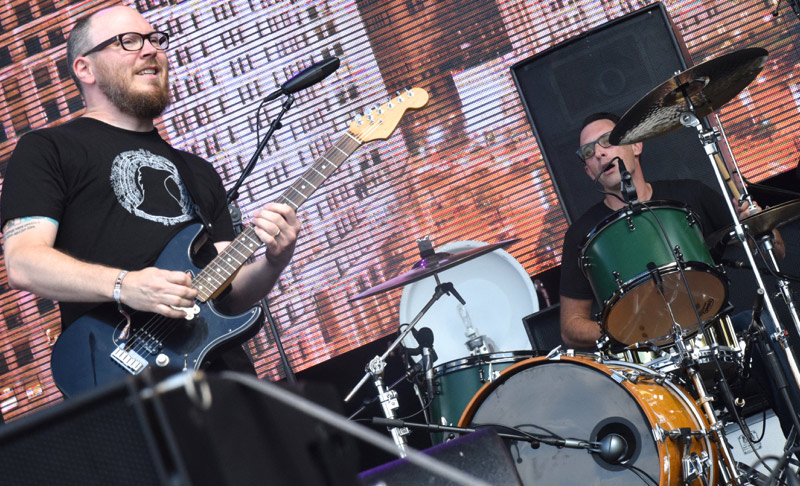 Most photographers were going to the Riot Stage for Smoking Popes – something Vandals singer Dave Quackenbush should have sympathized with, given that he was wearing a Smoking Popes t-shirt. As opposed to The Vandals, Smoking Popes didn’t have to be silly, just were strong indie-punk, though leaned on their softer side here. 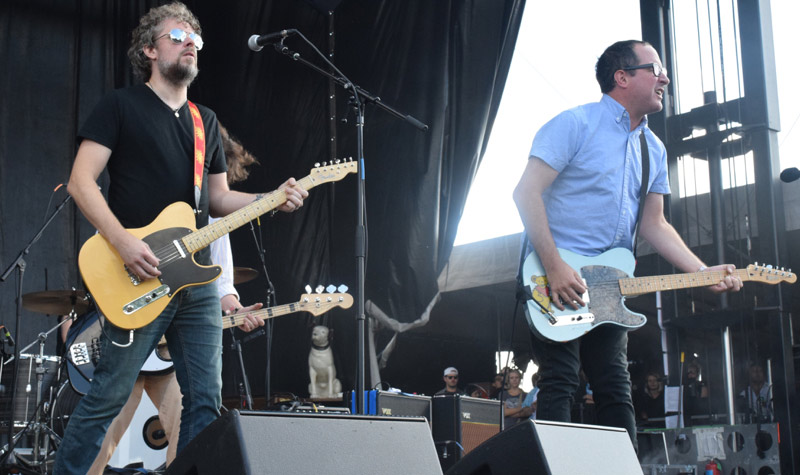 While the rather unimaginative Motion City Soundtrack drew a large crowd (perhaps because they were literally playing their last show ever the next night, in town?) at the Roots Stage, The Hold Steady were as enthused as their fans at the Rock Stage to be playing their breakthrough record, Boys & Girls In America. The Hold Steady have gone from breakthrough to backlash to establishment in ten years, but haven’t lost their exuberance. 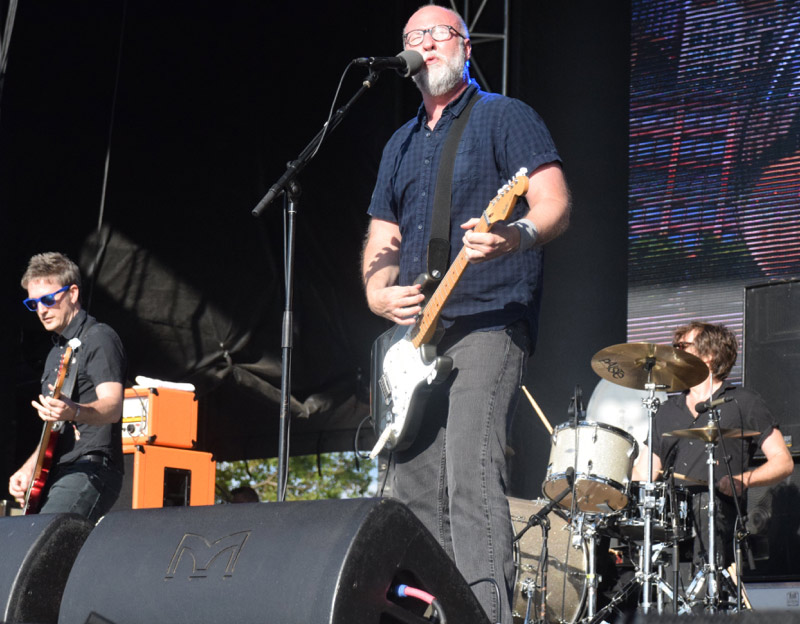 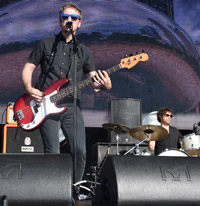 A particularly accomplished veteran punk at Riot Fest ’16 was Bob Mould. From the eighties in Hüsker Dü (QRO spotlight on) to nineties in Sugar to his twenty-first century solo work, he’s been remarkably consistent in quality (aside from some ill-advised electronica around the turn of the millennium). Interestingly for his set at the Riot Stage, he started with three Hüsker songs, then two Sugar, before going into his relatively more recent solo material (which he undoubtedly prefers). Special mention should be made of his rhythm section, Jason Narducy jumping around on bass, and on drums one of the funniest musicians out there, Jon Wurster. 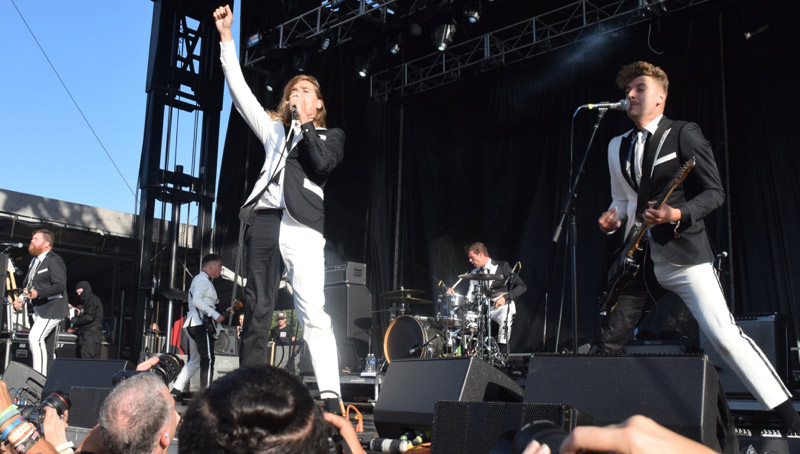 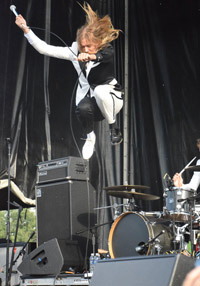 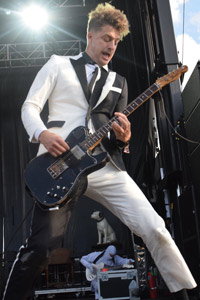 Unfortunately there was an overlap, but even your Mould-loving correspondent had to leave to catch The Hives at the Rock Stage. The Swedish rockers are known for their wild live shows, and Riot Fest was no exception (though they did start ten minutes late, their ninja-clad roadies working extra hard). “Chicago, you know how to party, but you’ve never partied like this!” With that, singer Pelle Almqvist ran and jumped about, up the scaffold and into the pit, with he and guitarist Nicholaus Arson (QRO interview) at all ends of the stage. It’s been a few years since we’ve heard from the band; hopefully there’s more to come soon. 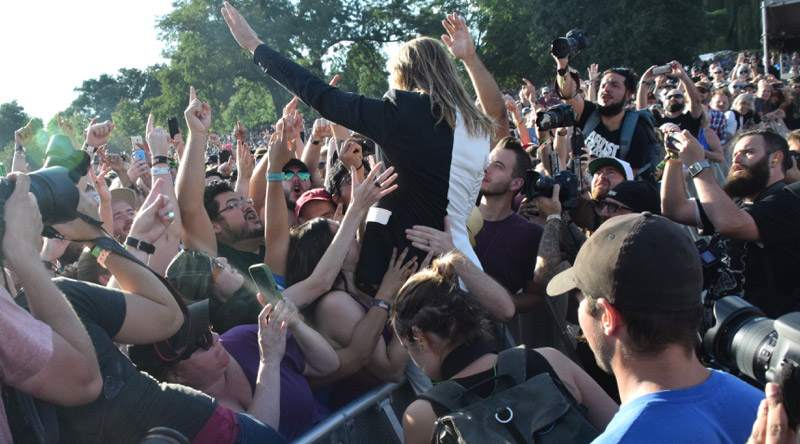 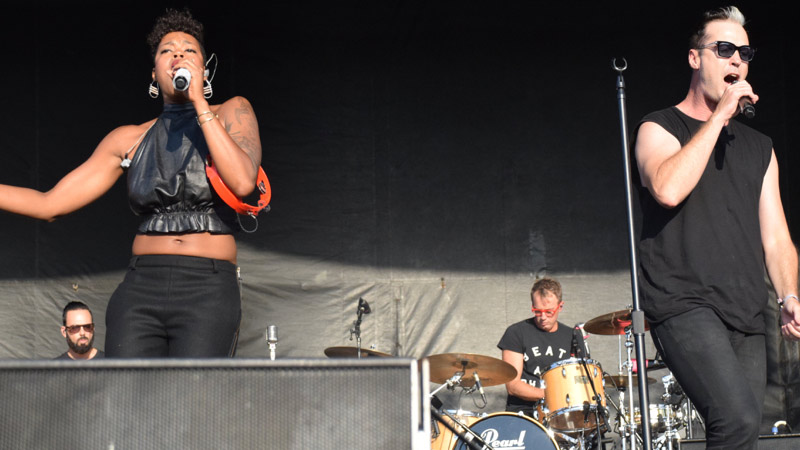 Another act that you knew were going to bring it at Riot Fest was Fitz & The Tantrums, overlapping The Hives with their Roots Stage performance. Big & alive soul-dance, with claps, hand-sign hearts (which actually don’t look silly from them), and more – including asking people not to be disengaged and on their phones for them. 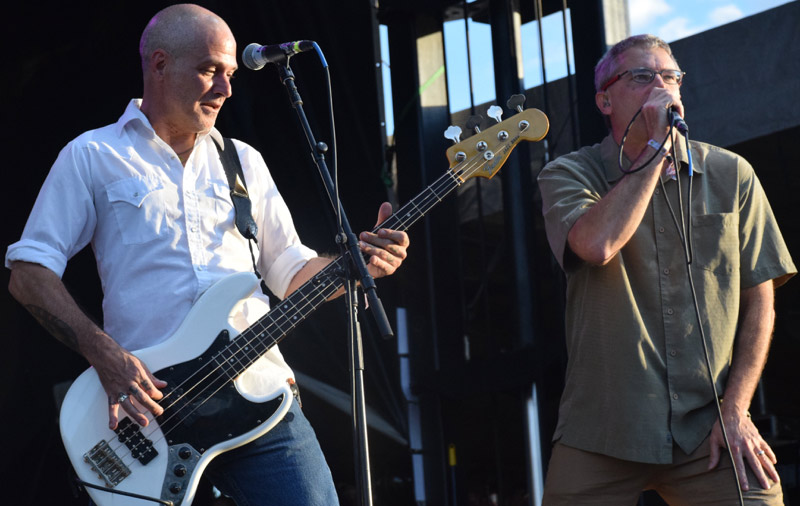 For the punks that were funny back in the day, it’s great to see that they’ve still got their humor, like Rock Stage’s Vandals and Descendents. “Everything Sucks Today” – still. The group that maybe most defined funny in punk (before it got all snotty and bratty), think Black Flag on “TV Party”, with singer/frontman Mil Aukerman like Henry Rollins with humor instead of massive self-importance (and dad glasses instead of aggro muscles…). 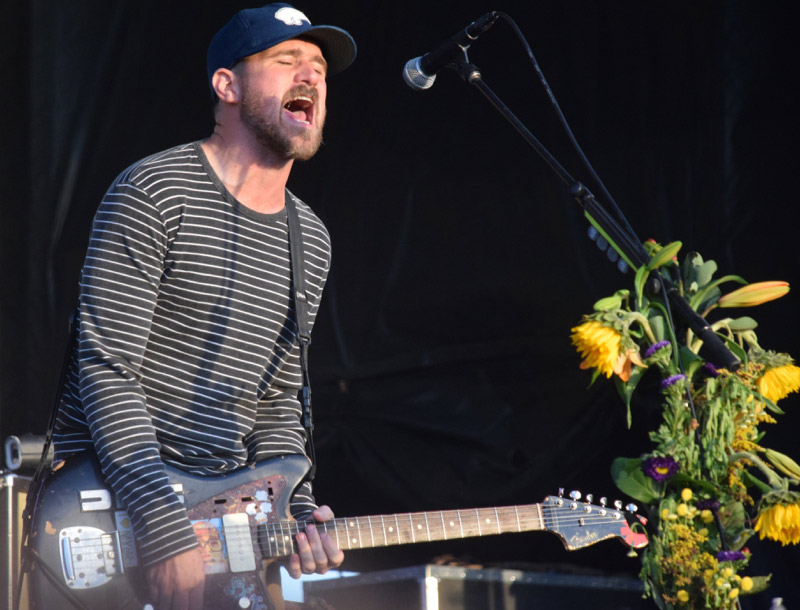 Flipping things in outlook was Brand New, back at the Riot Stage. Their emotionally intense emo-punk, like a slightly skater Manchester Orchestra, had a visceral audience (there are also rumors of them ending things). This did lead to a lot of crowd-surfers and work for the staff in the pit (a feature of Riot Fest throughout), but security handled it all very well, staunch and professional without being overbearing. 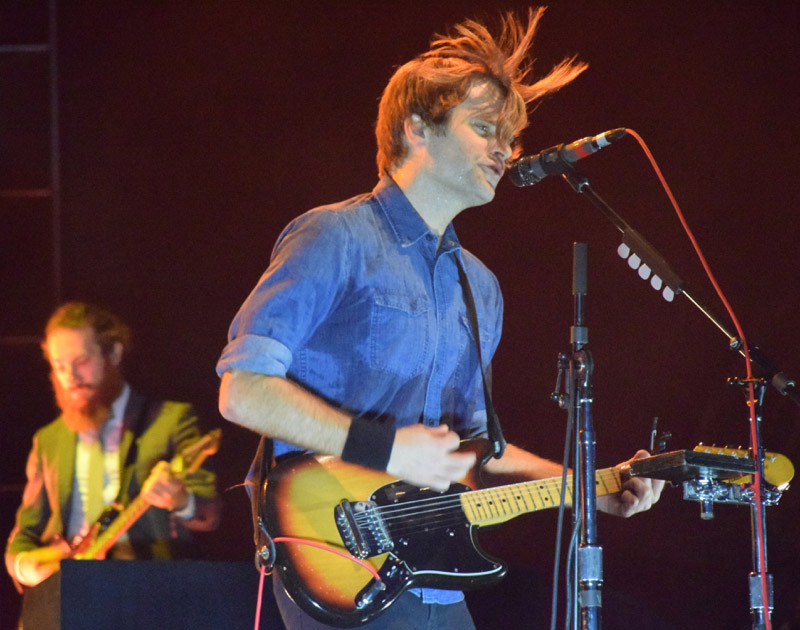 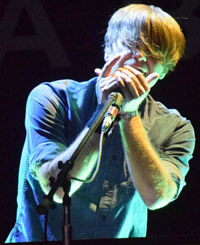 A few indie acts stood out on the Riot Fest ’16 line-up, such as Day One headliners The Flaming Lips and Day Two top undercards Death Cab for Cutie. Really big enough to be headlining, but instead playing the Roots Stage before Morrissey – maybe the only act big enough & fitting enough for Death Cab to open for – it would have been easy to see them as a major label outlier to get more fans at Riot Fest. But that’s forgetting how essential Benjamin Gibbard & co. are. Admittedly, guitarist Chris Walla (QRO solo album review) is missed, and the show did seem more directly focused on singer/guitarist/ex-Mr. Zooey Deschanel Gibbard (even when he was behind a piano in the back), the band still rocked with both old songs and new. “The New Year” is always appropriate, any day, any year.

Of course, some might think that Morrissey playing Riot Fest is, in and of itself, an outlier, but the icon is a singular figure wherever he goes. That cuts in ways good, bad, and just Moz. He started forty minutes late – the festival organizers undoubtedly factored in his penchant for tardiness when scheduling his set to begin at 8:15 PM (Friday & Sunday’s headliners at Riot Stage were both scheduled to start at 8:45 PM), and the music piped while fans waited was classic punk/new wave, but there were still people leaving. Only for them to rush back when Moz actually started. For he still has his voice, and can still give it his all (when he wants to).

And he’s still Morrissey. “We all know they wouldn’t let Bernie Sanders win – because he said, ‘No war!’” The food vendors at Riot Fest all shut down at 8:00 PM to accommodate the nth level vegetarian (which was close to an hour before Morrissey actually started playing…). The set was almost entirely his solo material, with the only piece from his ultra-seminal eighties act The Smiths in closer “What She Said”, but even weaker newer songs like “The Bullfighter Dies” (from 2014’s World Peace Is None of Your Business – QRO review) were done well.

There was reportedly more international press at this Riot Fest than ever before, undoubtedly because of Saturday & Sunday’s headliners – for some reason, Morrissey & The Smith are huge in Mexico. Of course, only a few select photographers were allowed to shoot (and reported hand to hand in their memory cards to management, which would delete all but the few approved photos before returning them). For the international press & fans, they definitely got a Morrissey show, in all its Morrissey-ness.