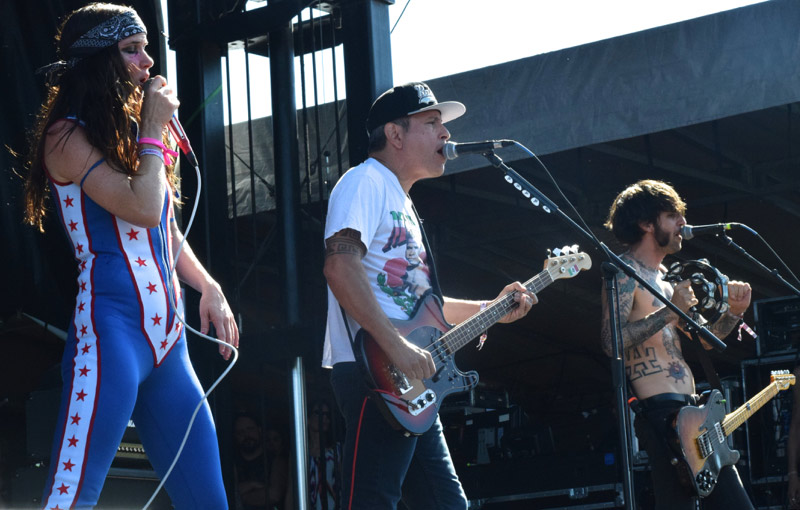 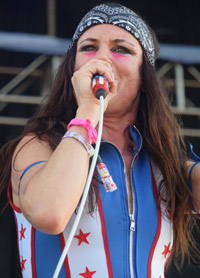 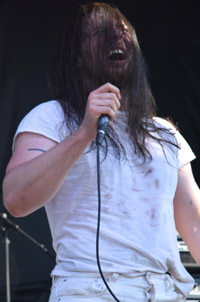 The final day of Riot Fest had some choice, active names in the early afternoon. There was Dee Snider of Twisted Sister fame on the Roots Stage, where he even covered Nine Inch Nails’ “Head Like a Hole”. Meanwhile, actress Juliette Lewis and her Licks delivered pretty much exactly what you were looking for from Lewis on the Rock Stage: strutting seventies rock, including Lewis in a red, white and blue skin-tight jumpsuit. But that ultra-active frontwoman’s set overlapped with the set from ultra-active frontman Andrew W.K. at Rise Stage. The party maven has played Riot Fest every year, and at this one admitted he no longer knew how many times he’d played the festival – but, as always, “It’s party time!” (special mention to guitarist, who not only wasn’t wearing matching socks – even his shoes didn’t match..) 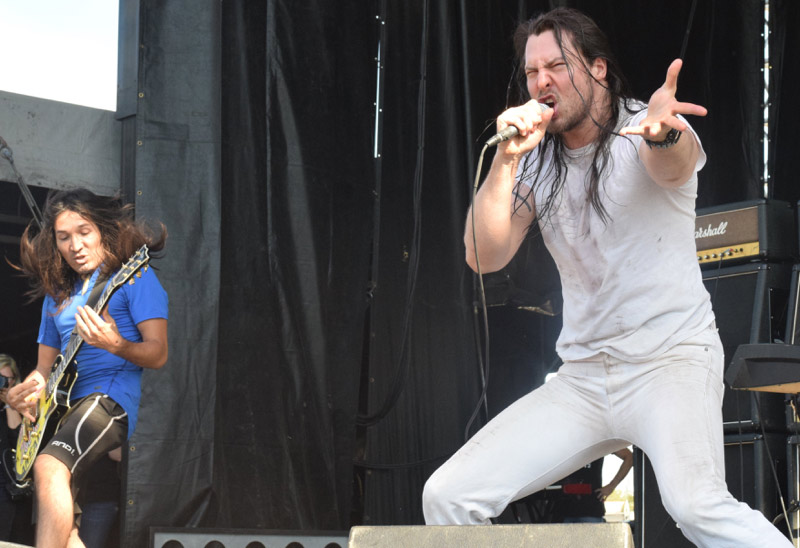 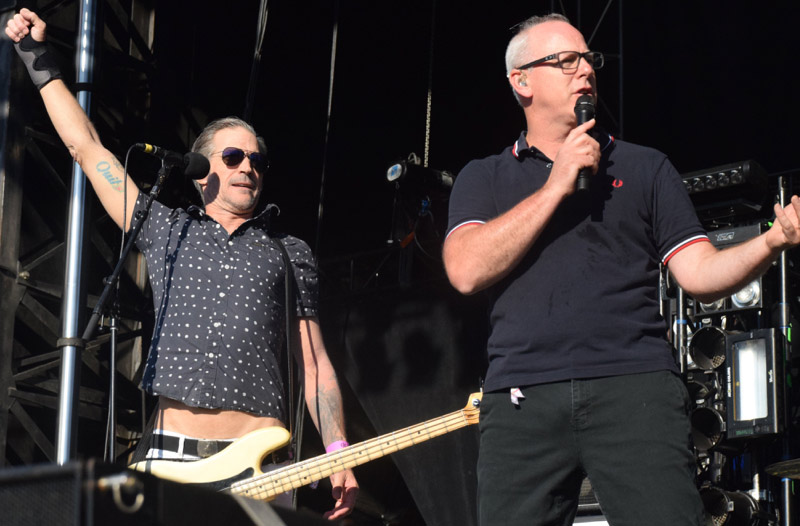 Another Riot Fest returnee was Bad Religion at the Riot Stage. “You guys don’t care about the classic material, do you?” joke-asked singer Greg Gaffin, before playing their nineties hit “Stranger Than Fiction”. The veteran punks are a perfect fit to play any Riot Fest, and even if their classic material sounded like their new stuff, can’t argue with Bad Religion. 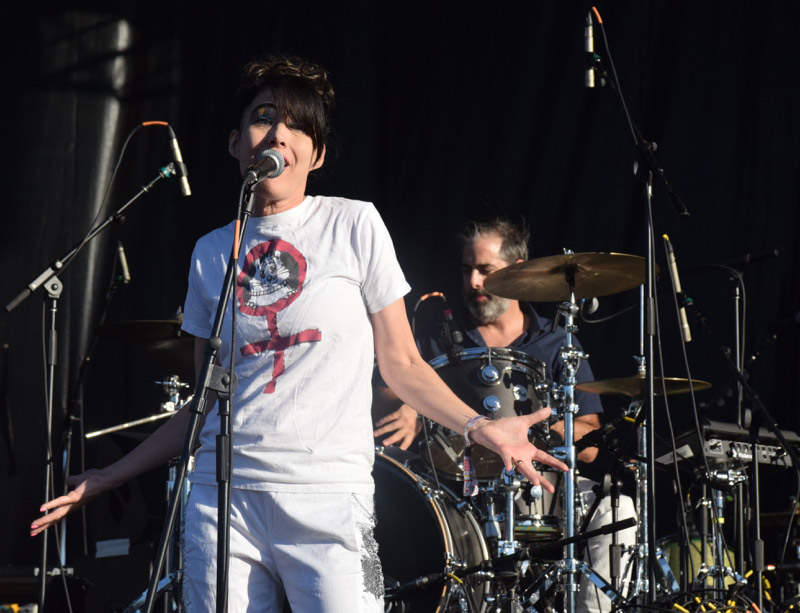 While Riot Fest has gotten more diverse over the years, it’s still a punk festival, and so still leans white & male, but if Saturday’s Rise Stage was the black rapper stage, Sunday’s Rock was for the ladies, from Lewis to The Julie Ruin and more. The new band from Kathleen Hanna of Bikini Kill, of course Hanna had statements about feminism, particularly not objectifying women (telling a story about some guy grading, 1-10, all the women on line with Hanna at a Taco Bell – giving his rankings to nobody in particular). At one point Hanna realized that she forgot her cowbell, racing around to find it, to no avail. At another her mike drooped out of her mikestand, so she sang up to (please, hold all your dick jokes), before finally singing lying down. 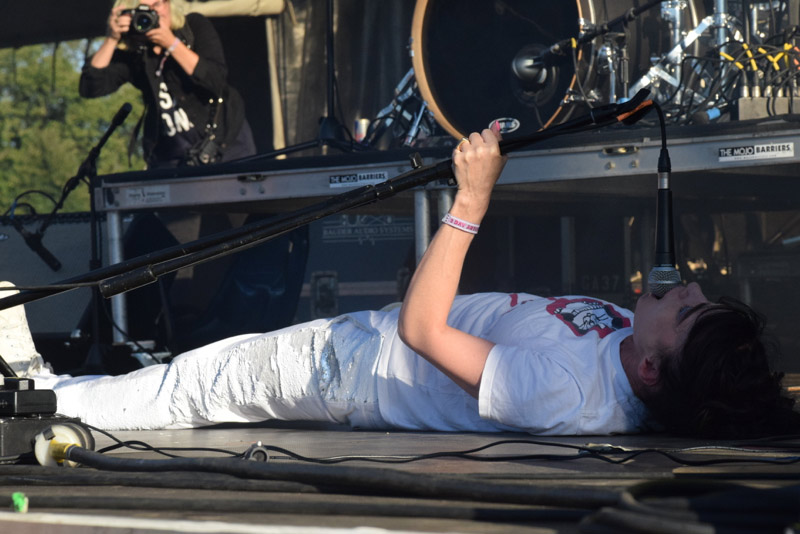 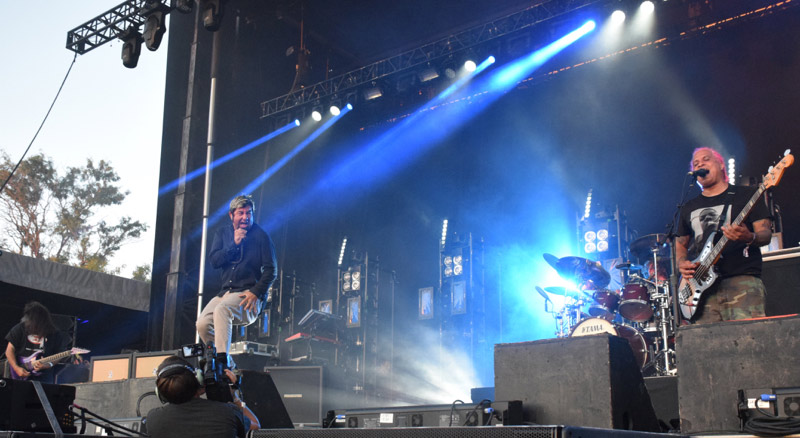 Another perfect fit for Riot Fest ’16 was Deftones. They were even a perfect fit for the main Riot Stage at that point of the day, early evening, as the final movements were kicking into gear. Grade-A hardcore, the group did not disappoint. 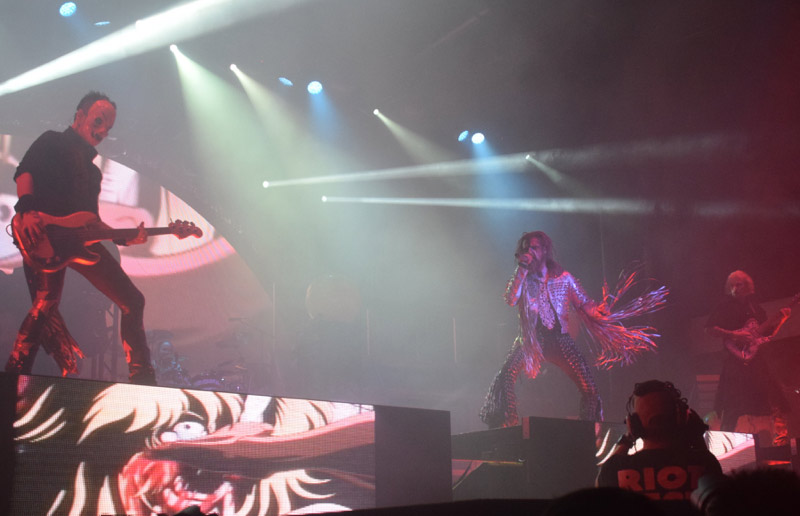 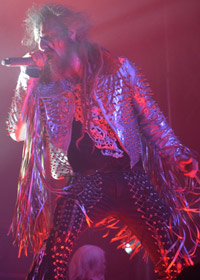 Because Riot Fest scheduled nobody against the headliners, fans were forced to choose between three acts playing the same slot before. The easiest pick for Misfits fans, both in sound and location, was Rob Zombie playing just over at the Roots Stage. Doing White Zombie’s Astro-Creep 2000, Zombie remarked that the last time White Zombie played, Deftones opened for them. But he was also the perfect opener for the Misfits, in that he owes his entire horror-rock career to them. 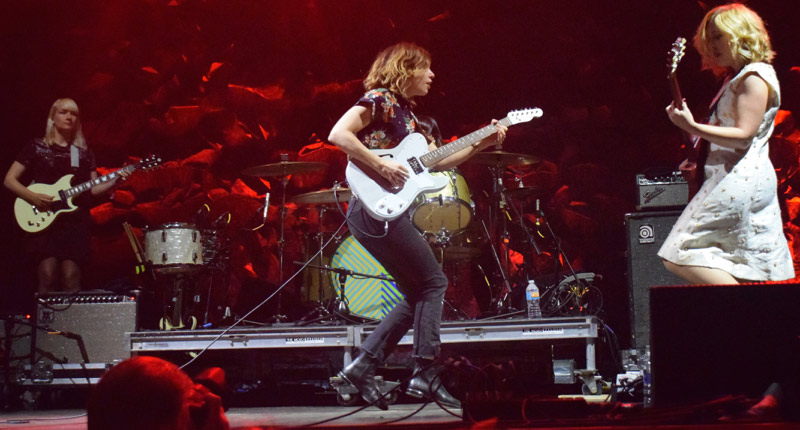 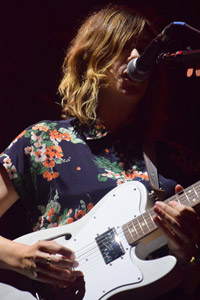 Meanwhile, at the same time the Rock Stage stayed XX chromosome with another outspoken act, Sleater-Kinney. As important to the Riot Grrrl nineties as Bikini Kill or anyone else, by now there are certainly millennials who think of them as ‘that band with the woman from Portlandia.’ But the ladies were more than capable of standing up to the strutting testosterone on the other stages. 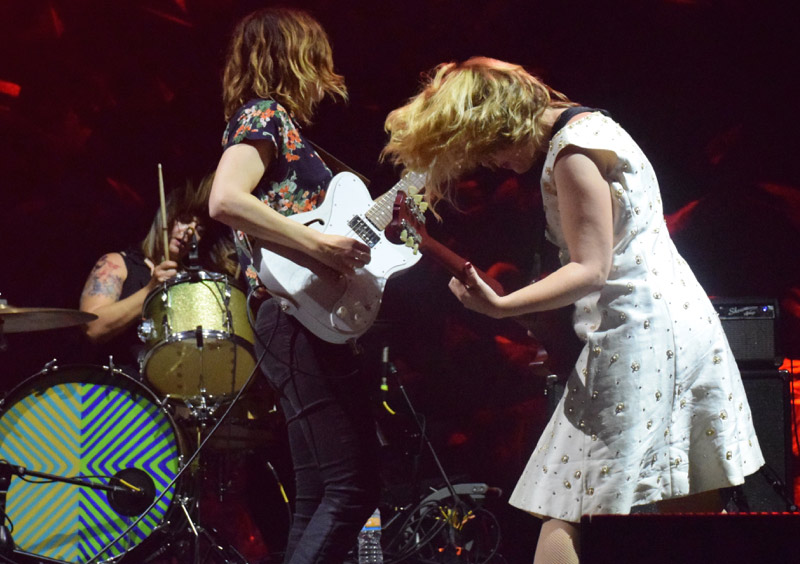 And over at the Rise Stage, starting whole five minutes after Zombie & Kinney began, was Death Grips. Some in the crowd thought that they wouldn’t start at all, as the group became notorious for booking shows, but not actually playing them, but lately they have been showing up, and did for Riot Fest. Of course, they played in near-darkness, just some purple backlight – one might have thought that the festival would have objected, just on safety grounds, as it was hard as hell for security in the pit to survey the crowd, and crowds get wild at Death Grips (though this one was smaller than one would have expected from the buzz act, but that’s what happens up against Zombie & Kinney). 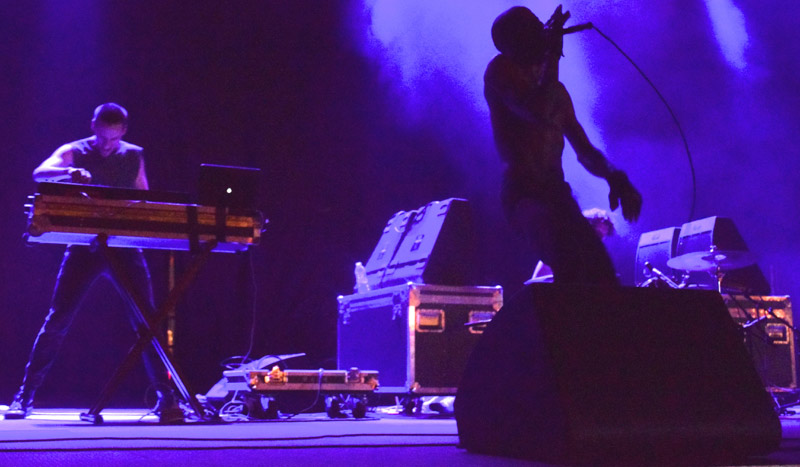 Last, but not only not least but first, was the reunion of the original Misfits. Somehow metal prima donna Glenn Danzig agreed to reunite with his original late seventies outfit, which invented the horror-punk genre – though just for two shows, first Riot Fest Denver, then Riot Fest Chicago. People had been camped out in front of the Riot Stage all day for a good spot, and did need it, as not only was the crowd the biggest of the festival, but no video was projected on the Jumbotron (just Misfits logos – and no photos by anyone, of course).

Of course, Misfits did rock, no doubting that (though Danzig was audibly out of breath many times over the set). Indeed, they not only didn’t start extremely late like Saturday headliner Morrissey, but muscled their way past the 10:00 PM curfew. Some did call it a fashion line having a concert – everyone seemed to be wearing one of the many Misfits t-shirts there are, from their old fans to even babies – but how could you not love “Teenagers from Mars – and we don’t care!”? 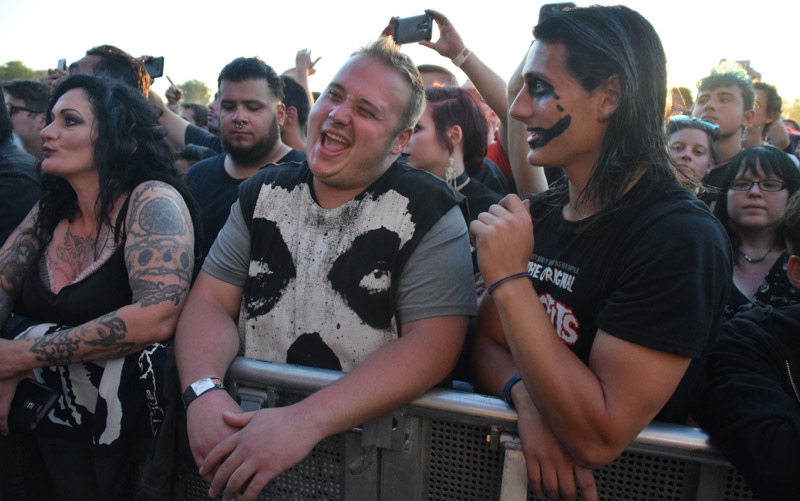