Riot Fest closed out in style on Sunday.... 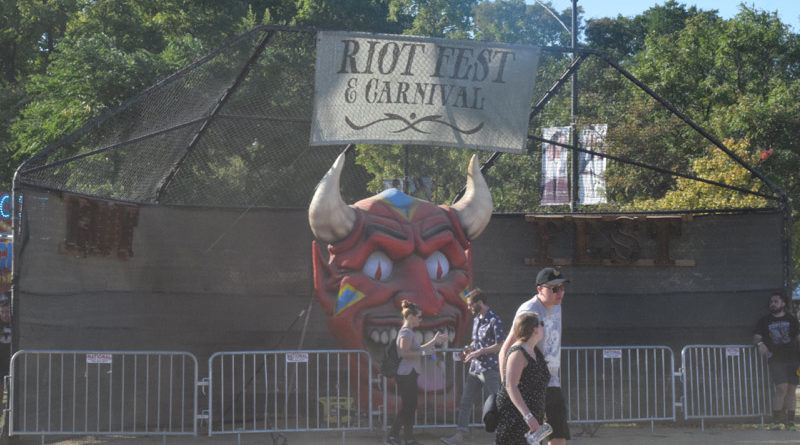 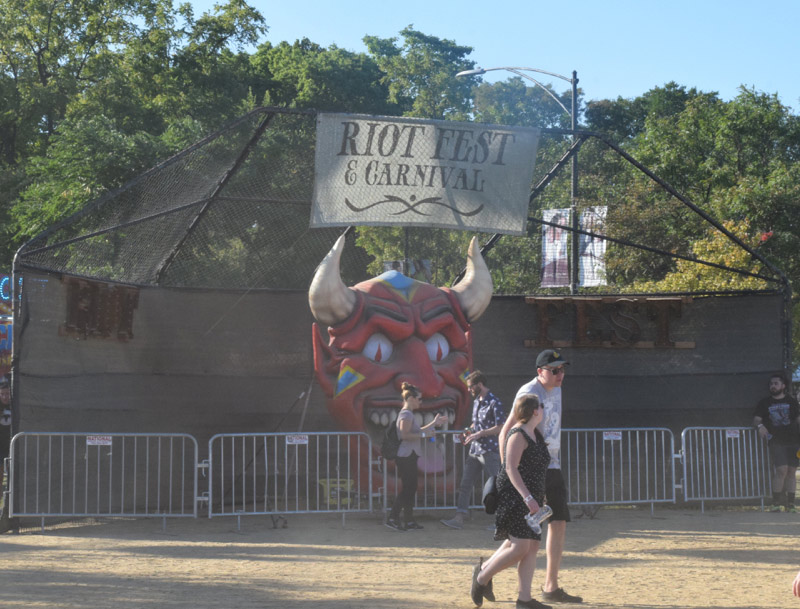 By Sunday at Riot Fest, energy might be flagging. That’s why it was great that early on, under the beating sun, the festival featured the likes of hardcore icons FEAR doing their seminal album The Record in full on the Rise Stage, as well as the young Los Angeles punks of SWMRS at the Riot Stage, providing their own energy with songs like “Drive North” (and it’s chorus of “I hate L.A.”). 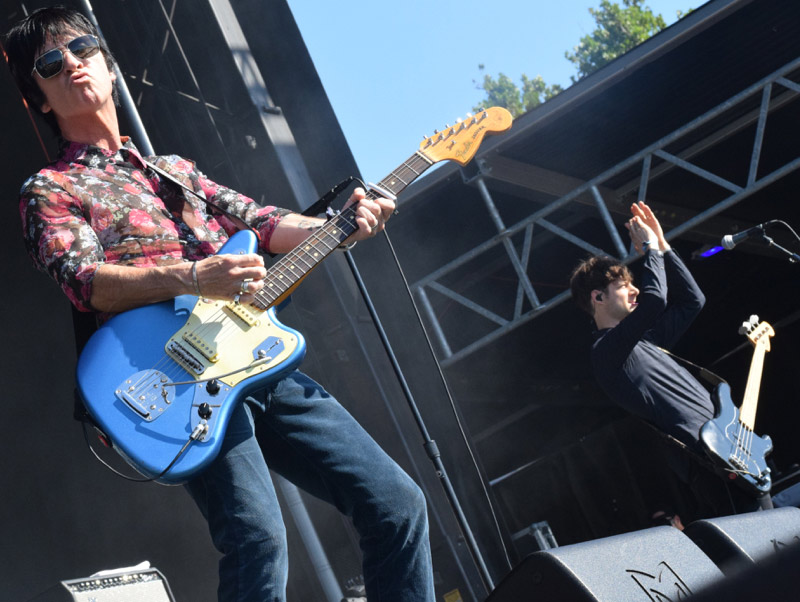 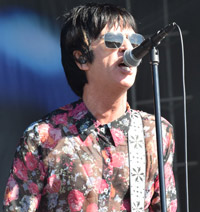 Yet another legend that you’ve always meant to see, Johnny Marr played the Roots Stage. Yes, he’ll always be best known for his work in The Smiths, but unlike that iconic band’s infamous singer, Marr seems comfortable with his past and present. He played songs from his new Call the Comet (QRO review), but also did Smiths songs, including “Big Mouth Strikes Again”, sounding a lot like a guy trying to sound like Morrissey when he sang, “Now I know how John of Arc felt” (even if it sounded a little like, “Now I know how Johnny Marr felt”). Marr was playing to the crowd like a good British rock star should, though perhaps he shouldn’t have hired such a young backing band, as those kids did make him look old. 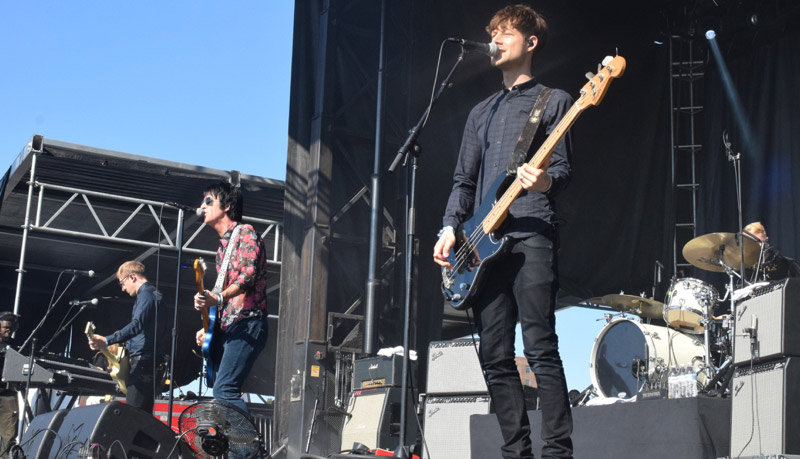 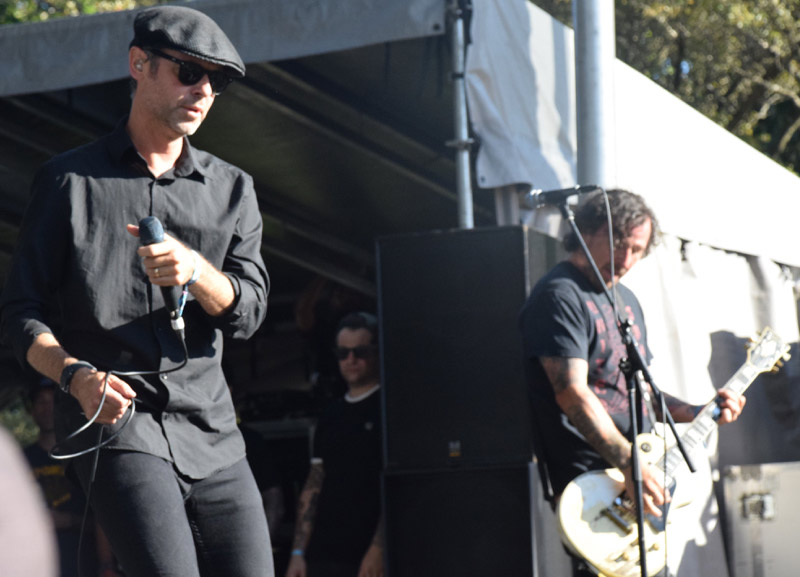 It’s hard at Riot Fest to go over to the smallest stage, Rebel, tucked into the corner past the carnival rides, with smaller acts. But had to catch New Brunswick’s own Bouncing Souls, who were still energetic at their age, and still a great fit for the festival. And for all of the stage’s distance, it had shade and felt closer for the crowd. 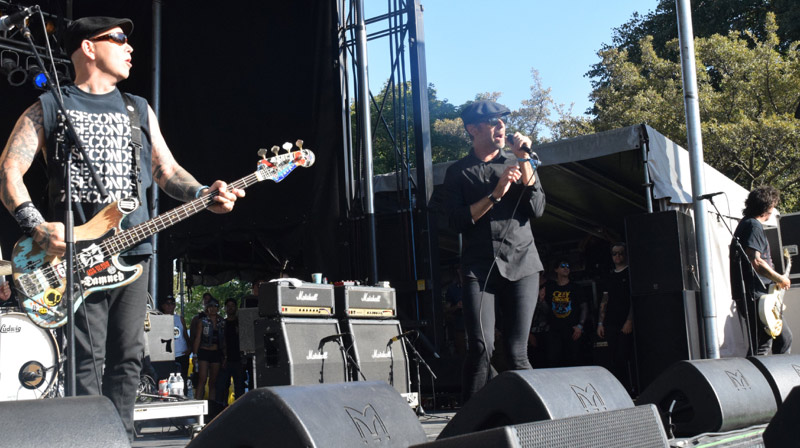 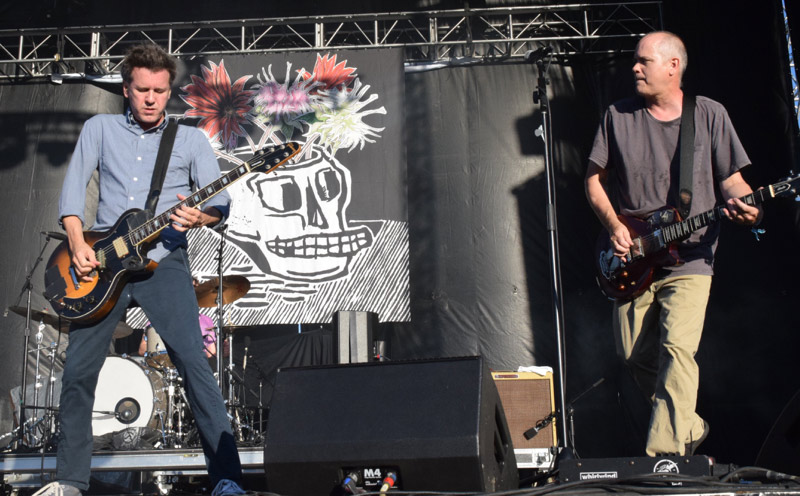 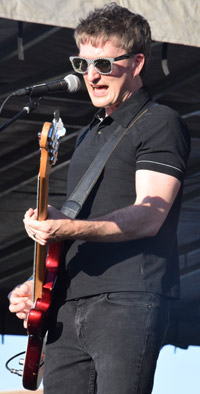 While Suicidal Tendencies rocked their first, self-titled record at the Riot Stage (“I just want a Pepsi!”), it was Superchunk at the Radicals Stage doing their whole catalog. And this was Riot Fest, so of course did the new tribute to classic hardcore “Reagan Youth” early on, nicely mixing old & new throughout. There was “Me and You and Jackie Mintoo” and “Driveway to Driveway”, but what about their contribution to the Aqua Teen Hunger Force Colon The Movie soundtrack (and b-side team-up with Meatwad), “Misfits & Mistakes” (QRO review)? 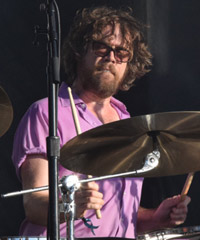 [note: your correspondent met Superchunk bassist/Bob Mould bassist/Split Single frontman Jason Narducy in the press tent the day before. Unfortunately, he’s not as funny in person as on his Twitter – he’s no Superchunk/Bob Mould drummer Jon Wurster – but those elbows lived up to the hype…] 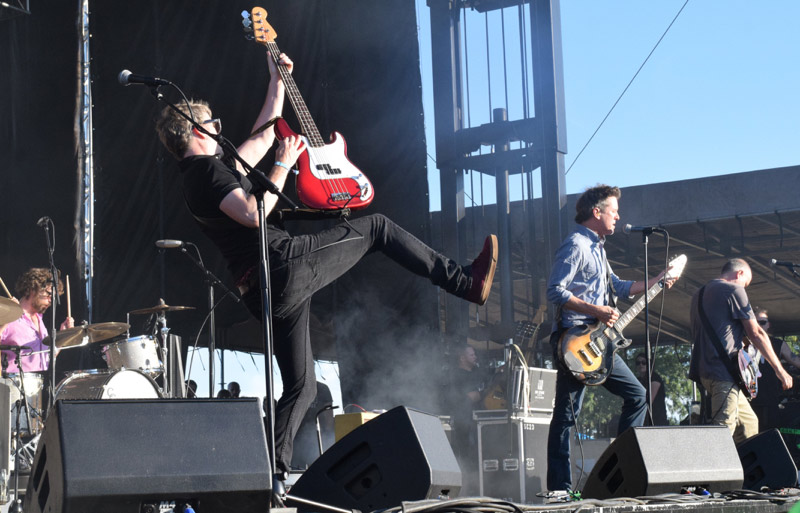 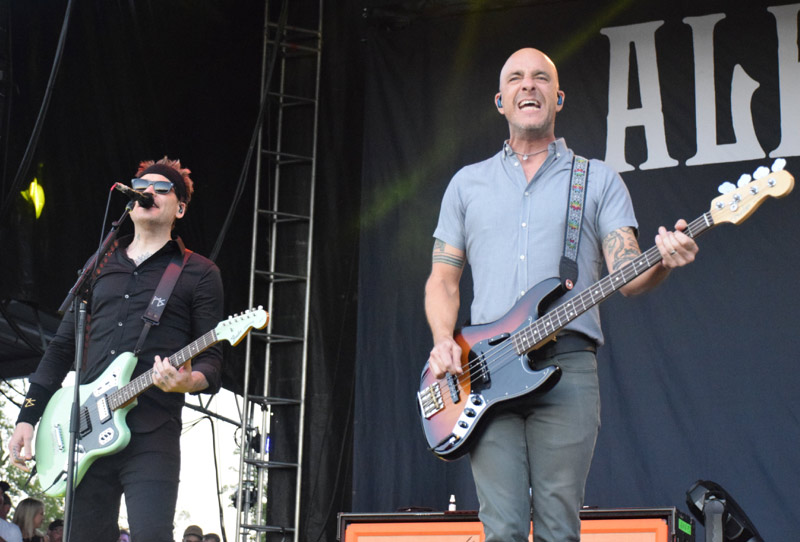 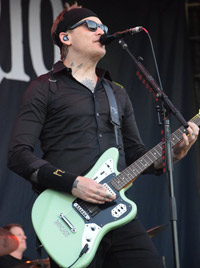 After Blondie played the hits at the Roots Stage, Alkaline Trio came up on the Riot Stage. Frontman Matt Skiba is now doing duty replacing UFO hunter Tom DeLonge in cancelled-on-Riot Fest Blink-182, but the reason he has been an acceptable replacement was because of his own band. And the Trio delivered for their fans – bonus points for “Alkaline Trejo” fan-made sign. 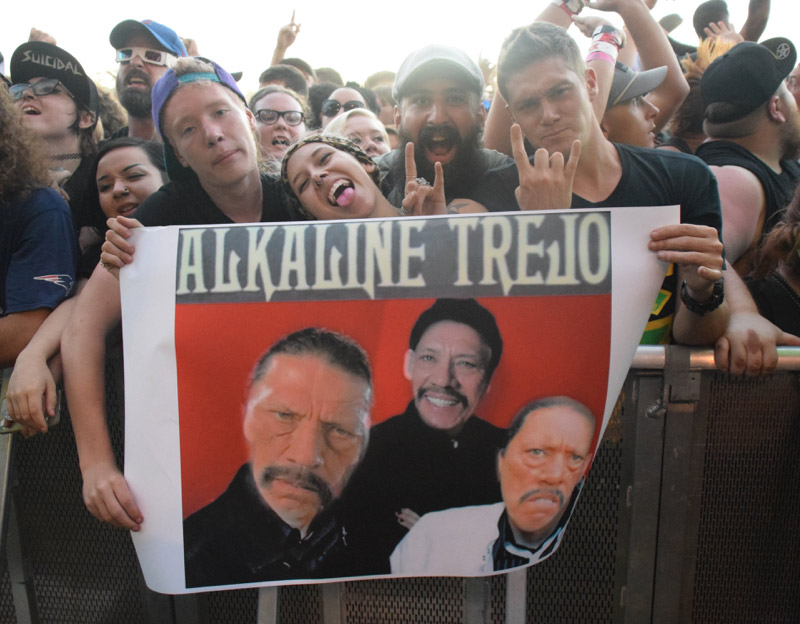 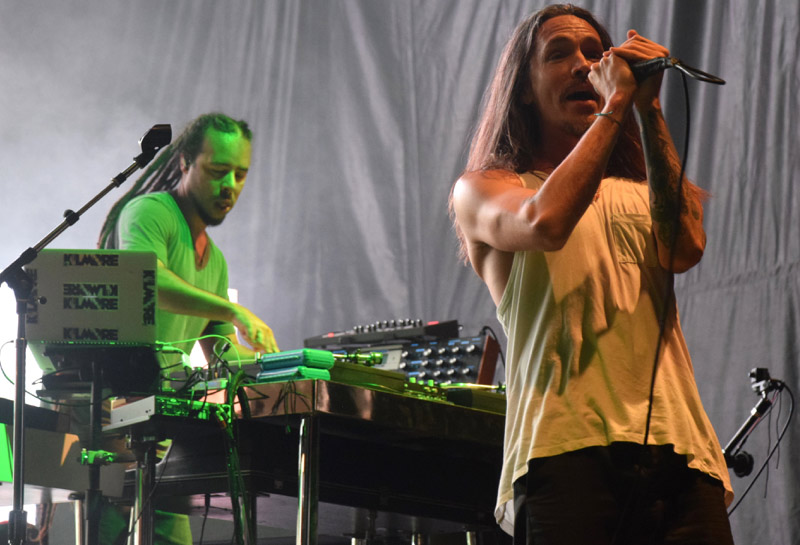 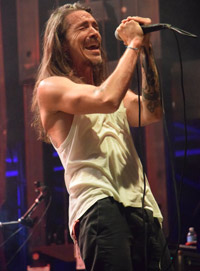 When Incubus was listed on the Riot Fest line-up, one might have thought, ‘Oh, another popular mainstream act playing what’s supposed to be a punk rock festival.’ But, “Pardon Me”, they were great. What’s more, they were giving it their all, including trippy visuals and impressive (and very good looking) frontman Brandon Boyd. It was also the biggest crowd Rise Stage had all weekend. 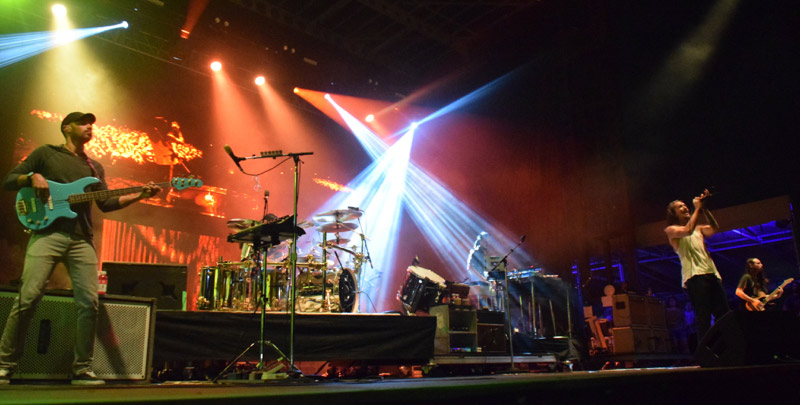 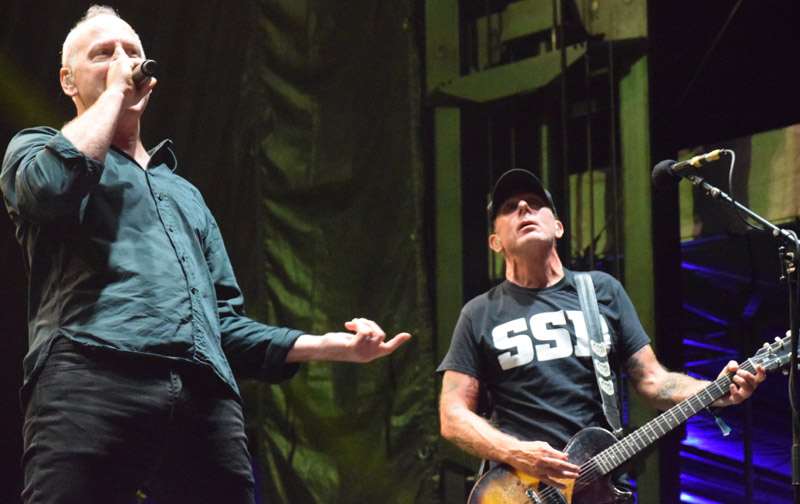 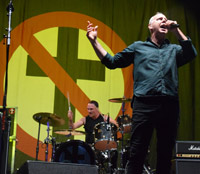 In some ways, perhaps they should have been the closer of Riot Fest ’18. Sure, it was great that Bad Religion played Suffer at the Radicals Stage, and they might be the most quintessential Riot act (and there was Father John Misty on the Roots Stage if for some reason you came to Riot Fest and didn’t want to rock), but closing with Run the Jewels on the Riot Stage was a bit off. Riot Fest might have hip-hop, but it’s not the headliner. And one couldn’t help but feel that there was supposed to be big secret reunion headliner who was unable to make it (online rumors were that Bauhaus couldn’t play because singer Peter Murphy can’t get a visa), and so RTJ were bumped up to headline slot. But they do have a wide fan base, as evident when the played and afterwards, with those leaving those who’d come for El-P and Killer Mike. 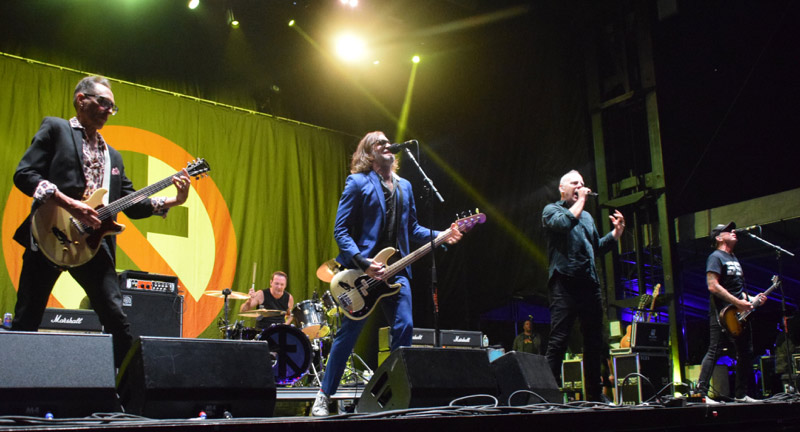