Rise Against – Live at House of Vans

Rise Against & Dead Heavens played a packed House of Vans.... 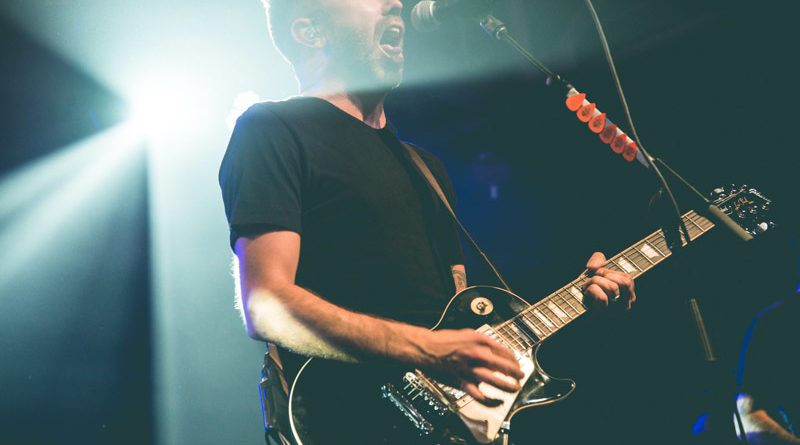 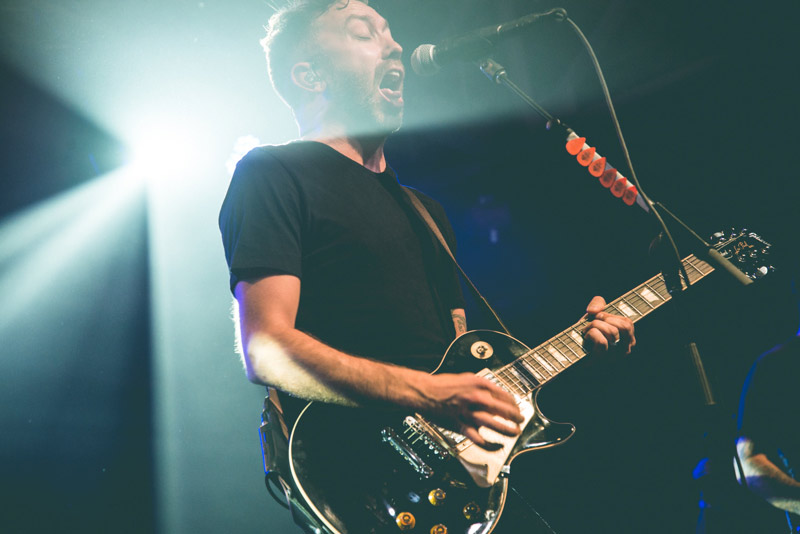 House of Vans (QRO venue review) is known for the free – free concerts with free beer. Not being an official venue with a liquor license, it can only hold free, RSVP shows, and it can’t sell alcohol, but can give it away (to 21+). The large semi-converted warehouse and outdoor space in Brooklyn has a distinct DIY feel to it, much more Todd P house party than classy Broadway theatre, holding events almost only during the summer (and Halloween). Sometimes, this means that the crowd that shows up aren’t there for the show, but for the free beer, an excuse to hang out and drink for free, disinterested in whoever is performing.

This was very much not the case when Rise Against and Dead Heavens played there on Monday, April 24th, to a packed and excited house of fans. 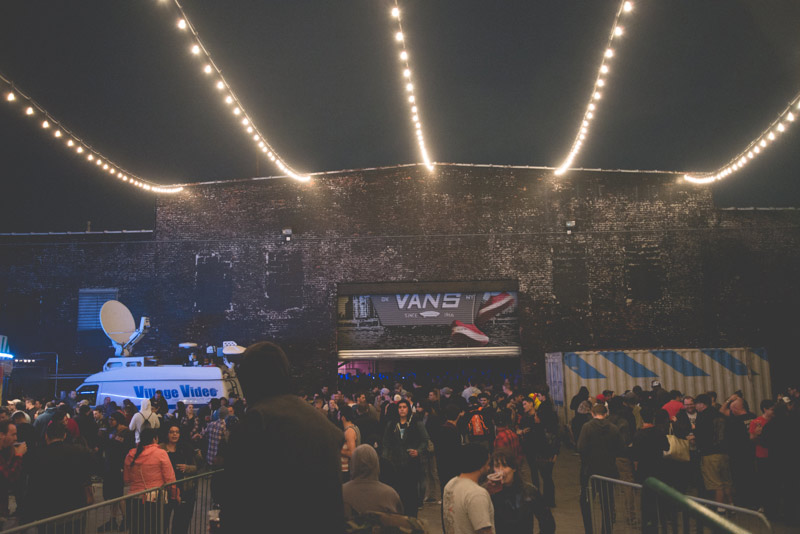 Before and even well after the 7:00 PM doors, a long line of people looking to enter stretched down Kent Avenue for block after block. Security was tighter this night for the punk line-up, checking bags and the like, making for a slower entry, but it definitely got crowded in both the indoor & outdoor areas. And these were fans of Rise Against, from those wearing the band’s t-shirts to those sporting mohawks. The age range also skewed young at the all-ages venue, and there was barely a line for the free beer, unusual at the space (there was much more of a line to buy food at the taco truck inside). Though there were still people openly smoking weed (props to security for not caring). 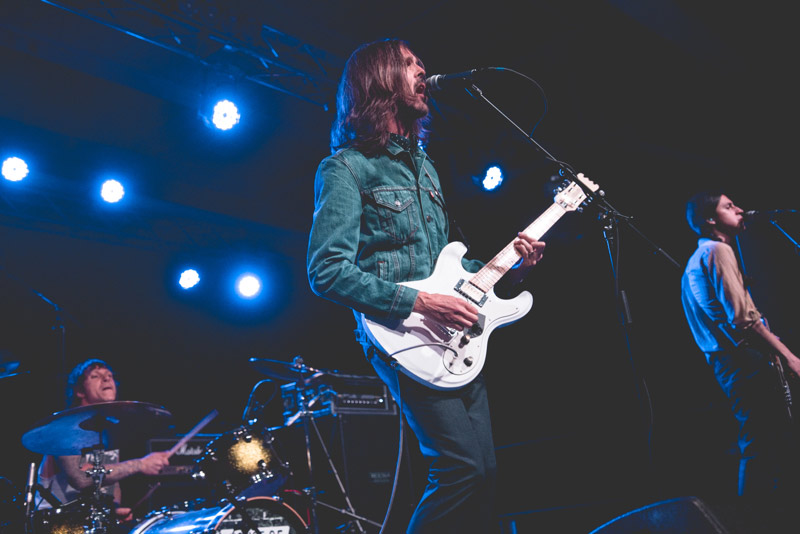 Opening the night was Dead Heavens. A collection of musicians from punk outfits such as Gorilla Biscuits, White Zombie, Youth of Today, Cults and others, their music actually leans towards the classic rock. They’re fronted by Walter Schreifels, whose own Gorilla Biscuits played House of Vans in 2014 (QRO live review). 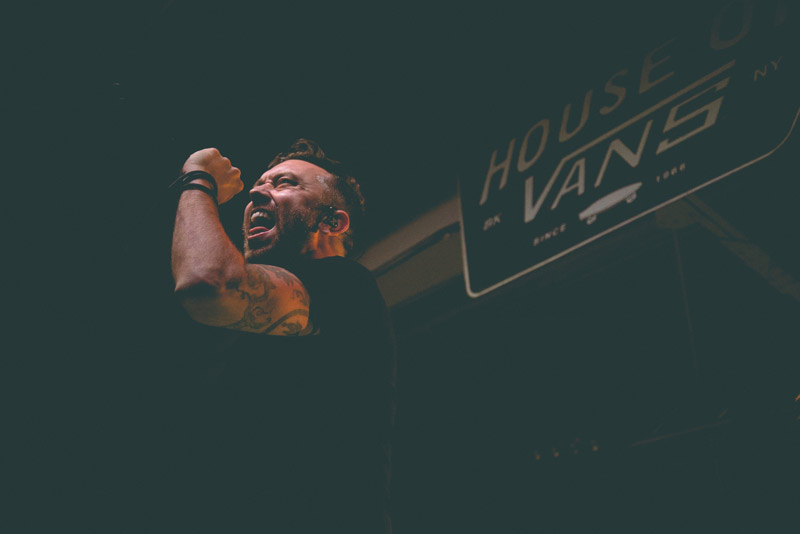 Click here for photos of Rise Against on 2012 Vans Warped Tour at Verizon Wireless Amphitheatre in Maryland Heights, MO in the QRO Concert Photo Gallery

Click here for photos of Rise Against at Austin Music Hall in Austin, TX on January 17th, 2012 in the QRO Concert Photo Gallery

Click here for photos of Rise Against at 2011 Leeds Festival in Leeds, U.K. in the QRO Concert Photo Gallery

Click here for photos of Rise Against at Zenith in Munich, Germany on August 21st, 2009 in the QRO Concert Photo Gallery

Some of the tightness to the crowd at House of Vans was because a significant portion of the crowd floor was cordoned off for video equipment, including a large film crane leaning over the audience. Indeed, Rise Against were playing guitars with remotes, better for recording sound, but also meaning that cords didn’t tie them down. They took full advantage of this, running around the stage, with guitarist Zach Blair and bassist Joe Principe switching sides many times, even using the other’s mikestand. Singer Tim McIlrath was not only leaping from the get-go (something of a staple of his), but even stood on the photo barricade early to sing to the crowd.

Including to crowd-surfers, of which there were a lot, early & often. Crowd surfing is a phenomena that can be troublesome & tiresome, overstretching and angering security, even messing with the performers – and expensive equipment like a video crane & guitar remotes can make the situation even worse. But Vans was ready, with able security and a dedicated lane to get the surfers down & back out the crowd. 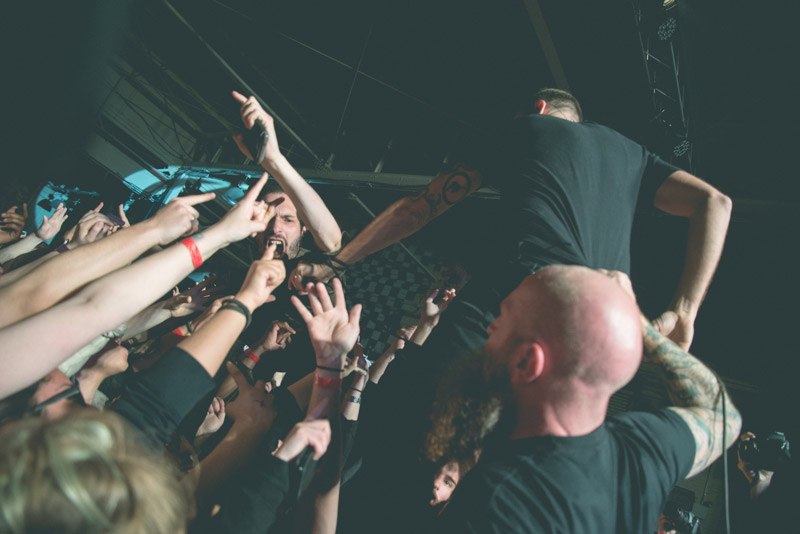 Click here for photos of Rise Against at Electric Factory in Philadelphia, PA on October 17th, 2008 in the QRO Concert Photo Gallery

Click here for photos of Rise Against at Roseland Ballroom in New York, NY on October 14th, 2008 in the QRO Concert Photo Gallery

Of course, House of Vans knew what was coming, Rise Against having played new sister space House of Vans Chicago only the Friday before. Like that show, this was a preview of their new album, Wolves, out June 9th, playing new songs such as the title track, lead single “The Violence”, and “Welcome To the Breakdown”. Just those titles & Rise Against’s own name give an idea of what they are, but they do agit-punk right, not eschewing melody or deeper meaning – the night also had a cover of Creedence Clearwater Revival’s classic anti-war, anti-elite protest piece, “Fortunate Son”.

House of Vans has another show coming up on Friday, rapper HO99O9 (it’s pronounced ‘Horror’) and an art retrospective by skateboard artist Todd Francis, dubbed ‘The Worst of the Worst’. It’s not even May yet, and House of Vans is already delivering. 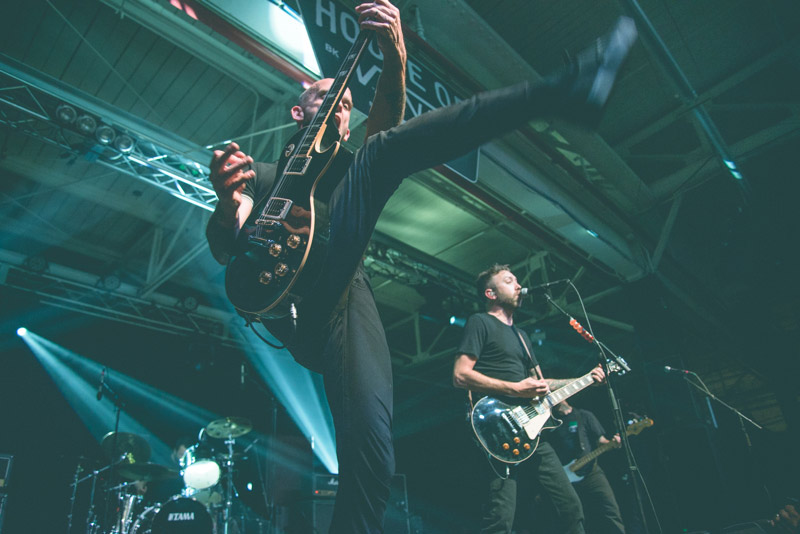