<img src="http://www.qromag.com/wp-content/uploads/2012/05/rodzombiemegadeth.jpg" alt="Rod Zombie & Megadeth : Live" />May 19th will not be a day that thousands of music fans in St. Louis will soon forget. ... 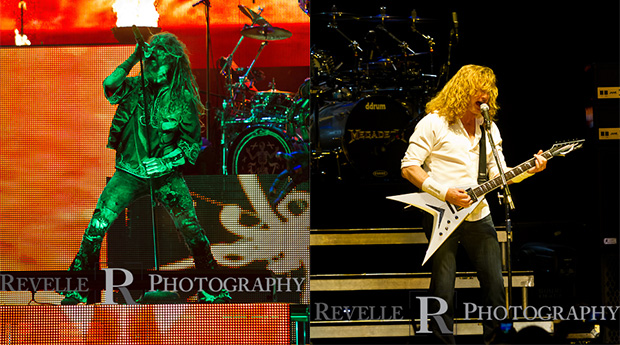 Click here for photos of Megadeath at ACL Live at The Moody Theater in Austin, TX on March 3rd, 2012 in the QRO Concert Photo Gallery

Click here for QRO’s review of Megadeth as part of the ‘Big Four’ at Yankee Stadium in New York, NY on September 14th, 2011

May 19th will not be a day that thousands of music fans in St. Louis will soon forget.  For the first time since the ‘90s, Megadeth and Rob Zombie took to the road and made a stop to headline the opening night of Pointfest 30, a festival of alternative and heavy metal music put on by the local radio station 105.7, KPNT.

Megadeth is supporting the newest album, TH1RT3EN, and doing a damn good job of it.  While inserting a few of the new, but also working in with the fan favorites, it was a great combination of new and old.  You didn’t have the feeling the band was forcing their new album down your throat like some do.  By the time Dave Mustaine and his crew finished up, the crowd was in a frenzy and waiting for more…  They got it when Rob Zombie took the stage. 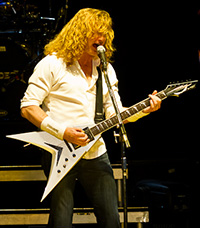 If you have not seen a Rob Zombie concert live, you have not lived yet.  This is truly a production of great craft and planning.  His shows are carefully planned and scripted just as one of his movies are, but he and the band have the stage presence to make it seem off the cuff and a full on techno/metal riot.  From emerging out of a large fiery crypt to a two-story robot traversing the stage in the opening song (“Jesus Frankenstein”), the show sprouted wings and took off.  It is as if the music becomes the soundtrack to the spectacle happening before you.  Walls of LED lights flashing images of fire and swirling lights, a huge movie screen playing video clips and pyrotechnics display of constant fire, smoke and explosions; it is truly an assault on all of your senses. 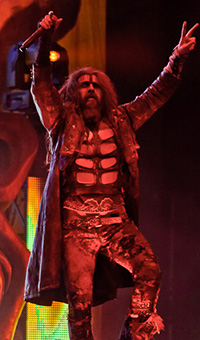 Off stage, the band is ramping up for a trip into the studio to put out some new tunes.  This will be the follow up to the Hillbilly Deluxe 2 album in 2010.  If you can make it out this year to see this duo of musical talent that has spanned more years than several bands of their kind added together, you won’t be sorry.  Be prepared to have your senses stressed and your mind blow!

(on a side note, with all the fire and bright lights, Rob Zombie has been the most challenging band to photograph in my entire career) 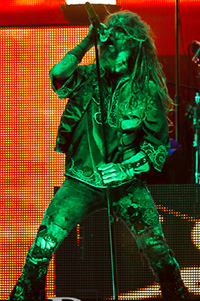