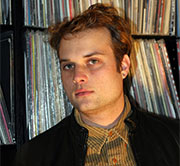 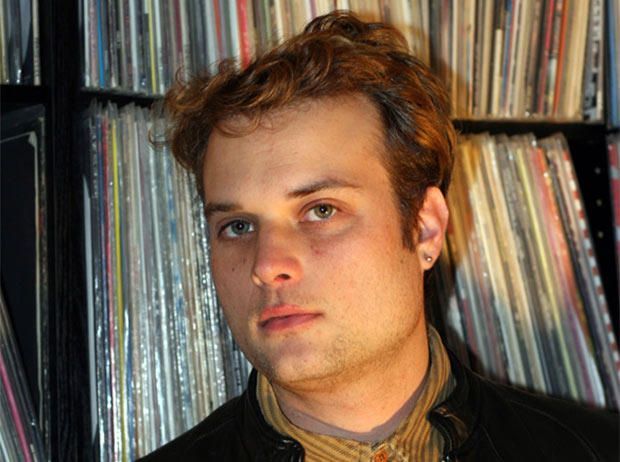 You could say Moniker Records began the day that Robert Manis stumbled across a couple of punk compilations and heard J.T. IV and Death.  After tracking them down, he approached Drag City, who thanks to his discerning ear went on to put out a handful of releases from both outsiders.  Death’s For the Whole World to See in particular, recorded in 1973, predated nearly any other punk rock album and would force some rewriting of the music history books.

When Drag City passed on some of Manis’ more recent discoveries, he reinvested the modest royalties from the Death release and started his own label, Moniker Records.  With the idea that there are important musicians who deserve a wider audience, Moniker has released full-lengths and 7″ singles from varied artists such as rural Kentucky’s rock savant John Bellows, production designer and lo-fi pop artist Rollin Hunt, and Venezuelan-born street musician Yva Las Vegas.  Each of their own stories is as interesting as the label behind them.

QRO: How exactly did Moniker Records come about?

Robert Manis: A few years ago I came across a couple of compilations of obscure punk records from the ‘70s and early ‘80s when I was living in Portland, Oregon.  There were two songs on the compilations that stood out, one by J.T. IV and another by the band, Death.

It was in a period of my life when I was really getting into collecting vinyl…  I really hadn’t much experience running a label or even understanding how records were manufactured.  I didn’t play in any bands…it was all for the enjoyment of coming across cool music.  After I heard those songs I started investigating, particularly J.T. IV, because of the few sentences I read on the back of that compilation that mentioned him being in the Guinness Book of World Records for shooting the longest film.

He was based in Chicago and my girlfriend and I at the time were planning on moving back.  I started to research more and more about him and met, through a couple of other collectors, one guy who was selling a lot of obscure punk stuff on eBay.  He put me in touch with the original person who put out that compilation who gave me more of his songs…they were all great.  I started finding people who were in J.T.’s life and it just all kind of fell into place.  It was perfect timing for everything to come out.

Then I contacted Steve Krakow from Plastic Crimewave; he’s got a column in the local paper, the Chicago Reader called ‘The Secret History of Chicago Music’.  When he heard J.T., he was completely enthralled – he did a strip on him and happened to be starting his own imprint though Drag City Records.  The Death thing kind of came about right after that with their full length’s being unearthed.  I knew that [members of Death] were now in a reggae band, Lambsbread, so I contacted Bobby Hackney.  All this took place right around the same time.  I thought, “Wow, people really dig what I’m doing,” and I decided I may as well try it on my own with the money from the Death record and some help from family and stuff…

QRO: How long was that time period between finding those first seven-inches and then it all coming together with Drag City?

It all happened so quickly, one minute I’m in a record store, browsing…and two years later I’m getting quoted in the New York Times.

RM: I’d say a little over two years.  It all happened so quickly, one minute I’m in a record store, browsing…and two years later I’m getting quoted in the New York Times.

QRO: That’s a really incredible story, the whole reemergence of Death…to think you had a part in that is pretty amazing.

RM: It was great…  People kind of considered it a coup at the time…  It was a lot of fun.

QRO: It seems with Moniker Records you’re doing that kind of thing with all the artists you’re finding.

RM: I hope that people will appreciate it.  A lot of these artists aren’t really getting out there and trying to promote themselves.  I’m trying to help push them along, especially in the case of Yva Las Vegas.  She had some notoriety back in the ‘90s with Sweet 75, and now she’s been living in Brooklyn, playing here and there, but she’s older and I think probab jaded a little bit.  But her music speaks so much to me and I think to a lot of people, it just needs to get out there and people really want to hear music on vinyl.

QRO: Is it ever weird approaching somebody like Yva after, like you said, she’s somewhat jaded with the whole industry and performing?

RM: No…  Everybody’s been super excited, I try not to be a label head, I want to get to know them as a person.  It’s more than just, “I want to make money off of you.”  A lot of the people I’ve put out thus far are close friends, even before I released their stuff, like John Bellows and Rollin Hunt, they’re really close friends of mine.

QRO: Was it a friendship that evolved into putting out their music or did it kind of happen based on your interest in their music?

RM: A little bit of both.  I saw John play and was completely blown away by his live performance.  I asked him if he had anything out and bought some of his CD-R’s.  After hearing it I really wanted to put it out…it just wasn’t official being a CD-R release…the same with Yva, all she had was a CD-R that she would sell when she played.

QRO: Are you getting submissions at this point from bands?

RM: I get submissions.  Not a whole lot really.  The label is still under the radar because I don’t put out anybody who’s really well known.  I haven’t gotten anything that I’ve thought,  “Wow this is great.”  I’m hopeful that will happen.

QRO: You’re basically after what’s interesting to you at this point?…  It’s still a labor of love?

RM: I want to try to expand the sounds on the label and not just put out solo artists.  Possibly even bands… contemporary bands…. older material too.  I think with the older material I would probably want to do something that’s either extremely rare, like the J.T. IV record, or stuff that’s never been out on vinyl.  There are a few projects that I’m trying to work on…  Hot and Cold put out their debut tape on Night People.  Two brothers… sort of really dark, synth pop stuff, I really love that tape.

I want to get to know them as a person. It’s more than just, “I want to make money off of you.”

RM: They lived there growing up, now one brother lives in Toronto and the other in NY; he’s getting his degree.  Then there’s the Stacian record, her first LP, and Rollin Hunt’s debut LP.  A lot of exciting things on the horizon.

QRO: Is it a one-man show?  Are you sort of coming up with the artwork and putting together the files for the pressing plants yourself?

RM: Essentially.  Liam Warfield writes the one-sheets for me, but the artists and myself usually come up with the design.  I’m actually paying somebody to do promotion for Yva’s album, my friend Nicole who did publicity for Drag City for a few years and for the Death records.

I have a small budget.  I don’t pay for the recording or mixing; they usually do it.  Just the mastering and pressing.  It’s pretty much a one-man operation.

QRO: Were there labels that you looked to, or people to help guide you through that learning curve?

RM: Absolutely.  Dan Koretzky at Drag City has been a huge mentor, any questions I’ve had, he’s been more than happy to lend his services.  With the J.T. IV record, I went into their office and laid everything out, essentially working on behalf of the artist.  I learned a lot through that project.  It’s definitely been hard just trying to find the right pressing plant to use… one that I’m happy with, and then just keeping up with everything, I still don’t know all of it.

QRO: Is it becoming a full time job yet?

RM: No, I have a full time job, at Permanent, and when I’m not at Permanent I’m working on this.  I try and have some sort of life…but I love it.

QRO: Do you hope in the future, some kid will stumble across your Stacian single and have their mind blown, and maybe end up re-releasing it on his label?