Following a two-year delay for reasons needing no further explanation, Roger Waters is back doing what he loves best.... 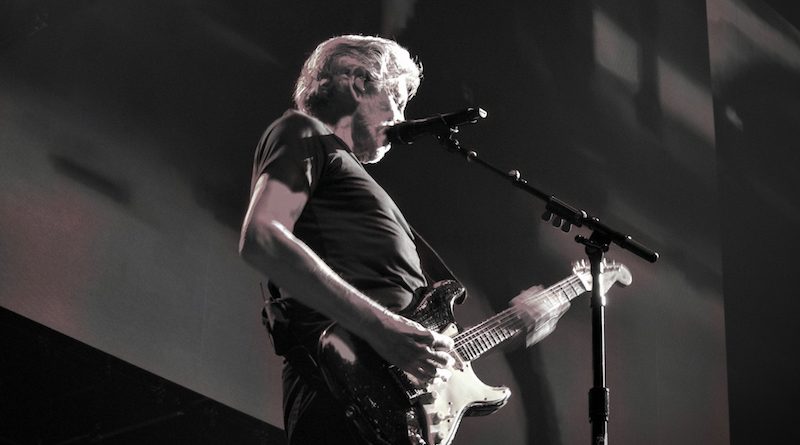 Click here for photos of Roger Waters at Bridgestone Arena in Nashville, TN on August 13th, 2017 in the QRO Concert Photo Gallery

Click here for photos of Roger Waters at 2015 Newport Folk Festival in Newport, RI in the QRO Concert Photo Gallery

Click here for photos of Roger Waters at Frank Erwin Center in Austin, TX on May 3rd, 2012 in the QRO Concert Photo Gallery

Click here for photos of Roger Waters at Boston Garden in Boston, MA on October 3rd, 2010 in the QRO Concert Photo Gallery

Following a two-year delay for reasons needing no further explanation, Roger Waters is back doing what he loves best. This was abundantly clear when his ‘This Is Not A Drill’ tour landed at TD Garden on a hot July 12th Tuesday night. This time round, he was backed by mostly the same stellar cast of musicians who joined him on the 2017-18 ‘Us & Them Tour’. That was a truly unique and engaging production, which you could be forgiven for thinking would be more than a tough act to follow. The Boston show left no one there in any doubt that Roger, Sean Evans and their supremely talented and innovative team were more than up to the task.

Entering the arena, you were greeted by the sight of an in the round stage which is actually in the shape of a long cross running down most of the length of the floor space. Meeting the stage floor was a wall of screening going the full length and breadth of the structure. This was clearly going to be unlike anything audiences have ever seen before. From around 8pm announcements made at five-minute intervals that the show would be commencing soon started to build a sense of anticipation. Just before lights down, a voice advised us, “If you’re one of those I love Pink Floyd, but I can’t stand Roger’s politics people, you might do well to fuck off to the bar right now.” This was a big hint that the evening’s proceedings were likely to contain messaging from Waters at his most un-filtered to date.

Lights down, followed by lightning flashes and thunder crashes as the screens turned light aqua blue leading into a birds eye view of Blade Runner-like dystopian streets. The music slowly evolved into a new, gentler arrangement of Pink Floyd’s “Comfortably Numb”. This incarnation of the song contained almost monastic vocal harmonies and the signature bombast guitar solo was replaced by altogether subtler seagull guitar squalls evoking parts of Pink Floyd’s “Echoes” alongside a muted organ. You could tell already that this is not going to be a nostalgia fest.

Next up, we were plunged into the sinister urgency of “Happiest Days” / “Another Brick Pt 2 & 3” from The Wall accompanied by a barrage of words and phrases in red, black and white on the screens which had been elevated above the band to reveal the full stage below. The following sequence took us through some of the more sinister aspects of change in the global socio-economic conditions since the Reagan era as the set list threaded together the context and messaging Waters was using this tour to deliver to the hundreds of thousands of people who will come to see it.

Two solo deep cuts have made welcome return to the set. “The Powers that Be”, from Radio KAOS, put a spotlight on state brutality. Names of people killed by police in the U.S. and U.K. were regularly shown on the screen in between images of attacks on peaceful protesters. No punches were being pulled here. ”The Bravery of Being Out of Range”, from Amused to Death, opened with a clip President Reagan saying, “We meant to change a nation but instead we changed the world.” In the context of what follows, his words took on a more ominous meaning. The faces of several more U.S. presidents appeared alongside statistics of their more gory achievements. This made the line in the chorus, “Old man, who you gonna kill next?”, all the more poignant. If you want a sanitized review of American foreign policy in recent decades, this isn’t your happy place. The audience largely seem to respect where he is coming from.

Waters introduced a new song called “The Bar”. The bar in question being a fantasy place where people come together to share feelings about the state of the world and encourage each other to be the best people they can be. Waters was seated at the piano which is something rarely seen at his shows in the past. The stage was flanked by aerial footage of the Lakota Sioux Nation tribe defending their land against an oil pipeline at Standing Rock, North Dakota. Appropriately, the closing line asked, “Would you kindly get the fuck off our land?” The reaction suggested a win for new material and drew thanks from the artist for people listening respectfully to a new song and getting it.

Waters then stated that it was time to go back to a different era with a different band, for a what was essential Side Two of Pink Floyd’s Wish You Were Here album: “Have A Cigar”, “Wish You Were Here” and “Shine On You Crazy Diamond (Parts VI-IX)”. Each resonated as well as ever musically and it was refreshing to hear the less often played latter half of the literal epic “Shine On You Crazy Diamond”. This is as close to nostalgia as the evening would go and the distinctly limited appearance of Floyd guitarist David Gilmour among the vintage footage and images of his former Pink Floyd bandmates gracing the screens for this segment was also quite notable.

As was the case with the song “Dogs” on the previous tour, “Sheep”, from the Animals album, was one of the most arresting moments of the new show. Images of Damien Hirst-style sheep in formaldehyde made way for a sea of human embryos on the screens above the stage. Images of tweets with variations of “the Lord is my Shepherd” lyric from the original song acknowledge the furor of the recent dismissal of the Roe v. Wade ruling on women’s reproductive rights in the U.S. This was a very intense and rousing conclusion to part one of the show.

The 20 minute interval drew to a close with the sound of chanting and red light flooding the arena, as the stage was spectacularly transformed with imagery and motifs from The Wall as Algie the famous inflatable pig floated around the arena with the words “Fuck the Poor” on one side and “Steal from the Poor. Give to the Rich” on the other. All of this happening to the familiar strains of “In the Flesh” as the spotlight followed Waters sporting a black leather trench coat walking back to the stage through the crowd. It was delivered with customary menace before Waters fired an old mobster-style machine gun into the audience for a controversial conclusion. We were then invited to “Run Like Hell” as the superb band authentically delivered another gem from the Floyd cannon.

What followed this was arguably the most powerful and emotive part of the show, featuring a pair of songs from Waters’ most recent solo album. “Déjà vu” was preceded by the footage leaked by Chelsea Manning and WikiLeaks of a U.S. drone killing journalists. The visuals during the song were simple and powerful. Waters shown in real time in white on black silhouette, with phases including “Fuck the… Patriarchy, Colonialism, Your Guns, Occupation, Apartheid,” “You Can’t Have Occupation and Human Rights.” Later in the song there was a list of rights currently under attack with cheers being reserved for “Trans Rights”, “Palestinian Rights” and biggest of all, “Reproductive Rights”. All of this gave an already strong lyric an even deeper connection to the present moment.

The 2017 album title track “Is This The Life We Really Want?” saw Waters deliver his most arresting and passionate vocal performance of the night, with imagery of Bibles, Coca Cola bottles and riot police floating back and forth above his head. The power of the song lies in it being one of the best lyrics he has ever written. You got the sense he feels that too, as it holds its own with classics older than much of the audience. It is a great testament to his artistry that several of the strongest songs of the night are the relative newcomers.

Before we could catch our breath, the familiar opening bars of “Money” kick off what followed to be Side Two of The Dark Side of The Moon album. The band once again did full justice to songs likely to embedded in the collective DNA of most of the audience. During the climactic moments of “Eclipsed” the stage was wrapped by a series of laser triangles, another simple, yet visually stunning moment.

Drawing things towards a close was the beautiful yet apocalyptic “Two Suns in The Sunset” from Waters’ last album with Pink Floyd, The Final Cut. There was a bit of a delay before Waters introduced it. Visibly moved by the love from the Boston crowd, he took a couple of minutes to acknowledge it and gather himself. Originally relating to the prospect of a nuclear holocaust, “Two Suns” now conjures up the reality of a world getting hotter and suffering the rigors of climate change. The final line of the song, “We were all equal in the end” got right to the core of the message of the show. The whole spectacle wound down to the strains of an acoustic “Outside the Wall”, which saw the band following Waters in line to do a circuit of the stage before leaving the arena as the song drew to a gentle close.

Roger Waters has always had a knack for addressing a subject in a way which could later be revisited with at least as much, if not even greater relevance. This theory is on full display in ‘This Is Not A Drill’. With a lot more than just the music to be digested, the prominent visual element manages to tie it all together somewhat seamlessly.  Not distracting from, but augmenting his artistic vision.

The production feels like the most auto-biographical Waters has ever presented to his audience. He managed to deliver the older songs in a new light, avoiding the trap of this becoming a greatest hits or nostalgia show. Ultimately, it is truly heart-warming to see the man still at the top of his game well into his 78th year. If this is to be the conclusion of his touring years, then he is surely bowing out on a high note, although there was no indication that Waters plans to quit any time soon.

Foals – Life Is Yours