<img src="http://www.qromag.com/wp-content/uploads/2010/05/rokyericksontrulovecastout.jpg" alt=" " />One of the year’s most quietly hyped albums contains a fundamentally intriguing combination that stands alone in recent memory. ... 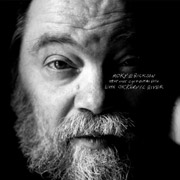 One of the year’s most quietly hyped albums contains a fundamentally intriguing combination that stands alone in recent memory.  True Love Cast Out All Evil sees psychedelic pioneer Roky Erickson team up with alt-country all stars Okkervil River (QRO live review) for a dozen songs of genre confused, yet genuinely interesting music.  Having finally taken control of his worst demons – a battle with mental illness that has plagued him for decades, as well as the drug use he sometimes relied on to help him cope – Erickson leaves the relative darkness on some of his earlier recordings behind, and instead moves into one of the brightest, most optimistic chapters in his entire musical career.

Though “Devotional Number One” deceivingly kicks off the album on a memorable memento of Erickson’s 13th Floor Elevators past, True Love Cast Out All Evil very quickly morphs into a different sounding recording.  While its first few songs explore various elements of blues, roots, and soul, the album ultimately settles on a melding of Roky’s vintage rock and roll sound, with a heavy mixture of alt-country, no doubt influenced by the collaboration between Erickson and backing band Okkervil River.  Having their front man – Will Sheff (QRO photos) – in the producer’s chair has only further influenced this mixture.

Despite various hints of desolation being visible early on – notably on roaring number “Goodbye Sweet Dreams” as well as on softer song “Be and Bring Me Home” – it is the title track that carries the greatest magnitude on the album.  “True Love Cast Out All Evil” proves to be a very emotionally uplifting moment, which needs only the meaningful sound of two guitars to echo Erickson’s crooning plea.  From there, the album is a mix of more poppy rock songs, each a little different, but all sounding like a toned back Okkervil River album.  Thankfully, Erickson proves the collaboration to be a little more two sided on “Birds’d Crashed”, and the album then closes exactly how it started on “God Is Everywhere”.  In spite of the fourteen years between recordings, Roky Erickson is still capable of evolving his sound for the better.  In this case, shaking the rust off – in more ways than one – proves to have been a very fortunate choice.