I could not have been more eager to imbibe the unique ether always generated by any band in possession of the full venue to themselves and at leisure to... 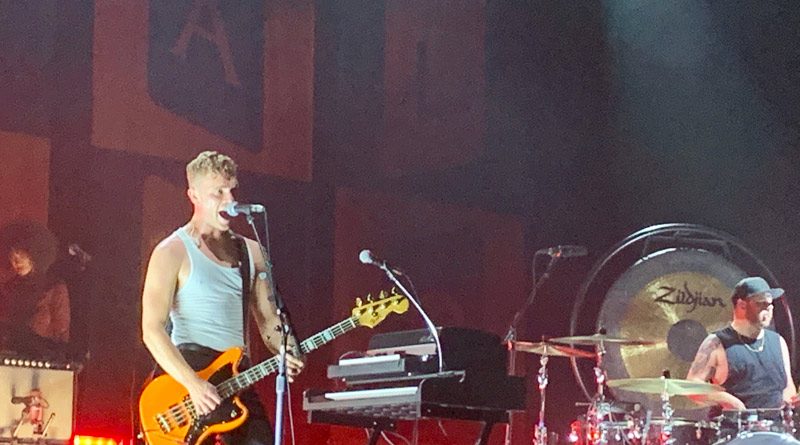 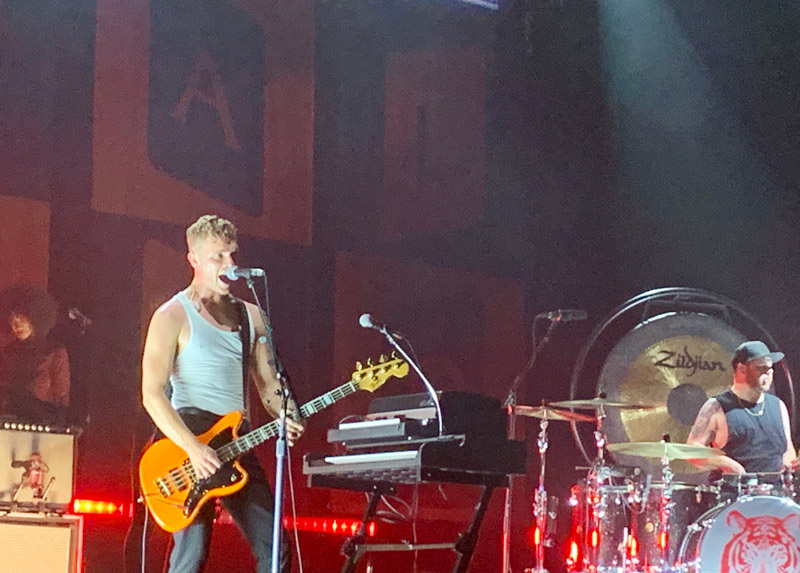 Having zealously followed Royal Blood for more than four years without ever seeing them perform outside of various festival settings, I could not have been more eager to imbibe the unique ether always generated by any band in possession of the full venue to themselves and at leisure to unleash their particular brand of thunder without rivalry or regard. I knew from past experiences that Royal Blood was going to melt my face off in the very best way that a rock band can, but I was unprepared for the sheer, Gravitron-effect decibel value of this band indoors, and in a place with the ringing, high-ceilinged acoustics of The Guildhall in Southampton on Friday, August 9th. Royal Blood slammed the audience’s collective back against the metaphorical spinning wall, with almost taunting un-forgiveness, from the very first song and for the next two hours the stone surroundings of the Guildhall/Gravitron seemed to waver in attempts to provide ballast to the bicameral bombast.

Click here for photos of Royal Blood at 2018 Firefly Festival in Dover, DE in the QRO Concert Photo Gallery

Click here for photos of Royal Blood at 2017 Lollapalooza in Chicago, IL in the QRO Concert Photo Gallery

Click here for photos of Royal Blood at 2015 Governors Ball in New York, NY in the QRO Concert Photo Gallery

Click here for photos of Royal Blood at Wooly’s in Des Moines, IA on May 30th, 2015 in the QRO Concert Photo Gallery

Click here for photos of Royal Blood at Webster Hall in New York, NY on October 16th, 2014 in the QRO Concert Photo Gallery

Click here for photos of Royal Blood at 2013 Beacons Festival in Skipton, U.K. in the QRO Concert Photo Gallery

“Figure It Out” and “Out Of The Black” were obvious, crowd-delighting scream-a-longs and one could not help but marvel yet again that all these dimensions of sound are being created by just two lads. This show did make me fully come to grips with the fact that the cubic measure of Royal Blood’s sonic power compasses a great deal more than volume. The band is made bigger also, and in at least as great a portion, by lyrics centered on covetous love and rapacious hopes. Their fulminating, heavy-distortion instrumental undercurrents are counterbalanced by the barefaced brotherly love on lively, unrestrained display between lead vocalist Mike Kerr and drummer Ben Thatcher, as well as by their overt passion for what they are doing. I witnessed no evidence that the aforesaid fervor has grown road-weary via their recent intensive touring itinerary. Perhaps nowhere was this more self-evident than in the transporting moments when both Kerr and Thatcher brought their respective doting fathers on stage, Thatcher’s to assist in banging the infamously mighty gong behind the drum kit, and Kerr’s to render the audience beguiled by an impromptu trumpet solo.

If you have the guts to admit that you still like your rock raucous and vehement, Royal Blood remains the best kind of obstreperous and will not disappoint you. I am certainly unabashedly of the original school of rock that espouses the terminal nature of your age if you so much as subconsciously dare to take anything but appreciative note of a band’s volume. Their choice of The Mysterines, of Liverpool, as opening act shows them not only adroit at giving proper exposure to lesser-known bands that should be on heavy rotation everywhere, but also unrelenting in their dedication to keeping the mood hard, heavy, and haywire at all times—traits I will continue to wish more bands of every stripe could ‘figure out’ with even half so much sagacity. 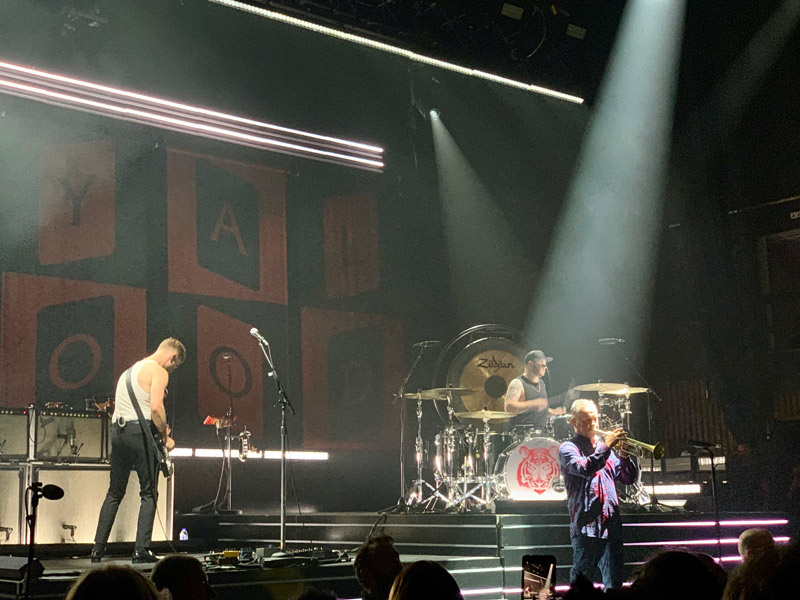