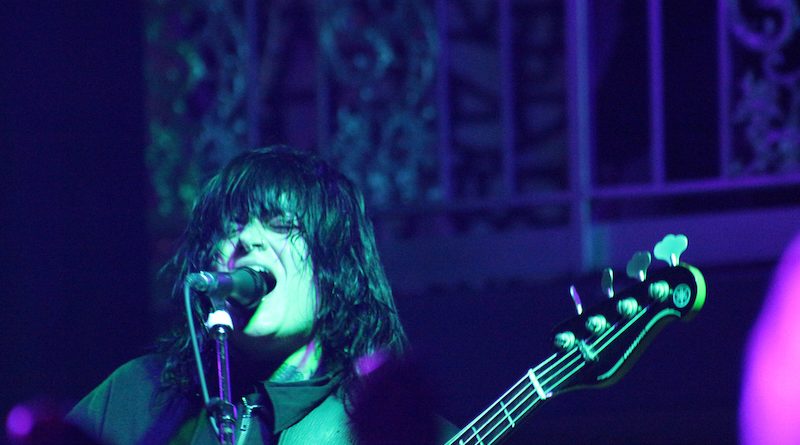 In science, thunder is often described an overly loud sound caused by the movement of lightning, the shock wave in thunder is sufficient to rupture the eardrums of people nearby, leading to permanent or temporary impaired hearing or deafness.  In rock terms, “melting faces”.

Royal Thunder is a face melting band from Atlanta, Georgia and formed back in 2004. The band has gone through several lineup changes over the years and it is today a power trio led by frontwoman Miny Parsonz (vocals, bass), Josh Weaver (guitar) and Evan Diprima (drums). Their previous release was Wick in 2017 by Spinefarm Records, and after this break they are back with a music video for their new single “The Knife”, a bluesy riffed and soulful vocal track that re-introduces listeners to the visceral and spirited unique sound of the band.

Royal Thunder is thankful to be back doing something that has been lacking in their lives for the last few years, and their fans are stoked to finally get their minds blown away by the shock waves coming through from this tight magical trio.