Rufus Wainwright began his series of Friday livestreams with his self-titled debut - and some Hollywood friends.... 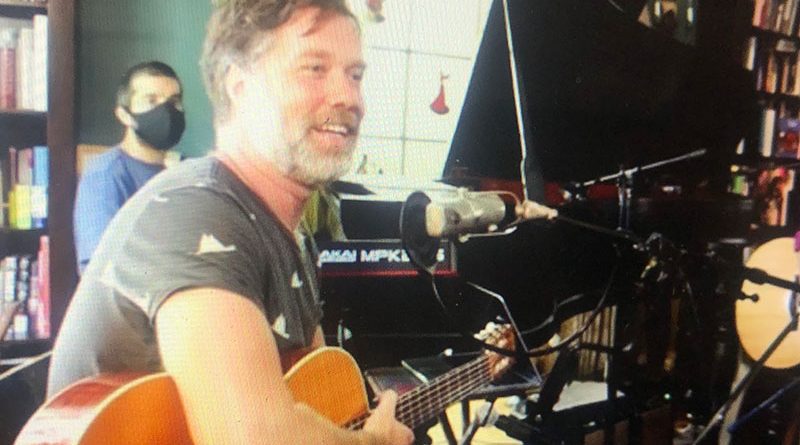 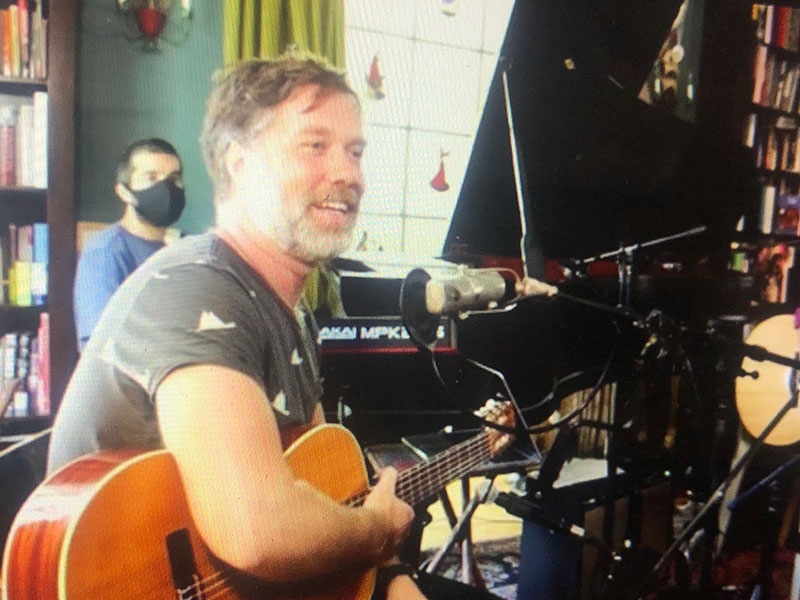 When the coronavirus lockdown began and all live music ended, artists slowly explored other ways to perform for audiences, mostly online.  Livestreams have gone from free Instagram solo performances on iPhones to more professional one-off events to promote a new record or raise money for charity/getting rid of Trump to today’s full-fledged big ticketed livestreams – BTS has done it, Billie Eilish will be doing it.  The one-and-only Rufus Wainwright already did a free livestream show, Unfollow the Rules: The Paramour Session (QRO live review) to celebrate his new record Unfollow the Rules (QRO review), but now he’s coming into your home every Friday afternoon, doing his entire catalog (QRO preview), “Rufus-Retro-Wainwright-Spective”.  He started with the first side of his 1998 self-titled debut on October 9th, along with a special post-show “fireside chat.” 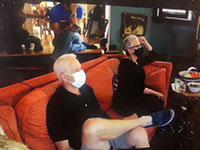 The series is being filmed at Wainwright’s house, where he plays a side of each record every Friday.  He was backed by Brian Green and Jacob Mann, and his ‘audience’ on the couch was none other than husband-and-wife Hollywood royalty Jamie Lee Curtis and Christopher Guest, a.k.a. the woman who the fish was named after in A Fish Called Wanda and Nigel Tufnel of the loudest band in the world.  Because of course Wainwright would have awesome Hollywood friends/fans, with Curtis the happiest she’s been on a couch since selling Activia Yogurt, lamenting that her singing along couldn’t be seen behind her mask.

Doing the first side of Rufus Wainwright, that included early classics of his like “April Fools” and “Foolish Love” (someone in the chat said the former was her wedding song – thankfully not the latter…), but also pieces that he’s rarely, if ever, done live, such as “Baby”, which Wainwright remarked that he hadn’t played live since the tour for Wainwright.  And he closed with a fan-requested cover, Prince’s classic “Raspberry Beret”.

Of course, there were also some great stories.  Curtis & Guest have known Rufus practically since he was born, as they’ve been friends with his father (and noted musician/actor in his own wright, Loudon Wainwright III) since the seventies in the West Village (Curtis remarked that she took Quaaludes once back then, so has no memory of that decade…).  The best story was the first time Rufus met Curtis, in Hollywood while Guest was making Princess Bride, the boy age eleven, not quite sure if he was gay, and upon seeing Curtis open the door, Rufus thought, for the first and last time about a woman, “She has amazing tits!”  Yes, Curtis laughed, Rufus blushed, and Guest added, “That’s a lovely sentiment.  I think I’ve seen that on Hallmark cards more than once…”

The live show was followed by a separate “Fireside Chat,” with Rufus Wainwright literally beside a crackling fireplace.  There were audio issues at first, which forced reboots and eventually shifting of equipment, but it all was worked out (and thankfully didn’t happen during the concert).  Wainwright took fan questions, about everything from early song “Danny Boy” (about his first, mostly straight, love) to the antique taxidermy deer that was “humping the piano.”

Rufus Wainwright will be doing his live performances every Friday at 2:00 PM PST/5:00 PM EST, with live fireside chats every other Friday at 3:00 PM/6:00 PM.  So far, it is scheduled through November/2004’s Want Two, with more to follow.  And not only will he be playing every song on each record – so some, like “Baby”, that he hasn’t played live (or played at all) in forever – but also fan-request covers.  Buy tickets here to make your pandemic quarantine more livable.