<img src="https://www.qromag.com/wp-content/uploads/2010/05/rufuswainwrightallthese.jpg" alt=" " />Rufus Wainwright's first studio album in three years revolves around two main themes: the romanticism of the past and the deterioration of the present.... 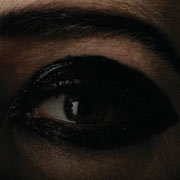 Rufus Wainwright’s first studio album in three years revolves around two main themes: the romanticism of the past and the deterioration of the present.  Though the album goes under a single title, it is a separated one, and for good reason.  All Days Are Nights is a passage from Shakespeare’s Sonnet 43, which along with his Sonnet 20 and Sonnet 10, Wainwright covers for this latest effort.  Songs For Lulu meanwhile, references a certain darkness that resides inside all of us.  This second theme brings a certain gravity to the album, which is likely related to the death of Wainwright’s mother, Kate McGarrigle, earlier this year.  For a performer whose road to stardom was paved by covering Leonard Cohen and The Beatles, as well as by his well known family, Wainwright shows at times that his own material is equally worthy of acclaim.

All Days Are Nights: Songs For Lulu sees a stripped down version of sound present on previous Wainwright recordings.  Instead of thriving in an airy orchestral environment, the album features solely Wainwright and his piano.  Though this arrangement perhaps lessens some of the magnitude of his sound, Wainwright is entirely capable of producing powerful emotion.  In this case, that emotion is for the most part sorrow, rooted deep in his sad crooning and dark chord progression.  A song whose title says it all in "So Sad With What I Have", and a conversational number called "Martha" – about Wainwright’s sister (QRO photos) – are the best examples of this, and they anchor the album early on.

Technically All Days Are Nights is very well put together, but at some points the emotion is blatantly overbearing.  Thankfully, Wainwright switches gears in the middle of the three sonnets, as he turns from downhearted to pensive.  "What Would I Ever Do With a Rose" provides a contemplative look at natural beauty, while a glimmer of relative happiness is ironically visible on "The Dream", when Wainwright talks about how his dreams have gone away.  By the end of All Days Are Nights you start to identify with Wainwright’s pain.  This is not surprising, considering the strong tone of sadness on the album, but it is interesting, in that he absorbs all of the pain, shielding the listener.  Wainwright seems to meet some sort of acceptance on "Zebulon", which showcases perhaps the most powerful vocals on the album.  His voice holds wonderfully on the thought provoking line "But who’s ever been free in this world?", then fades like the album, on a thoughtful request for company.