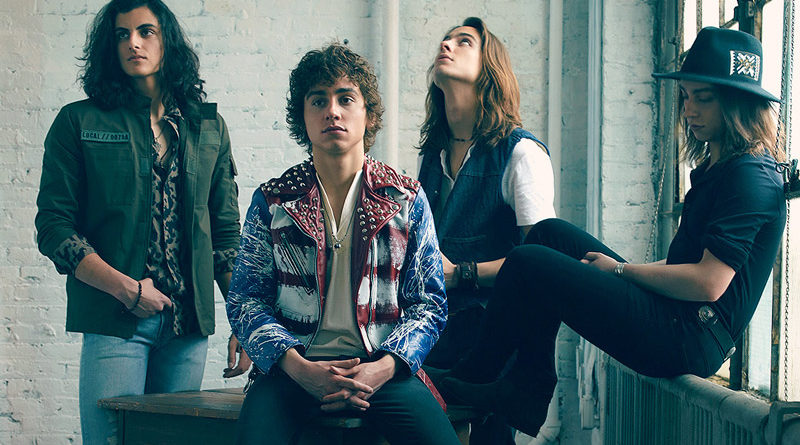 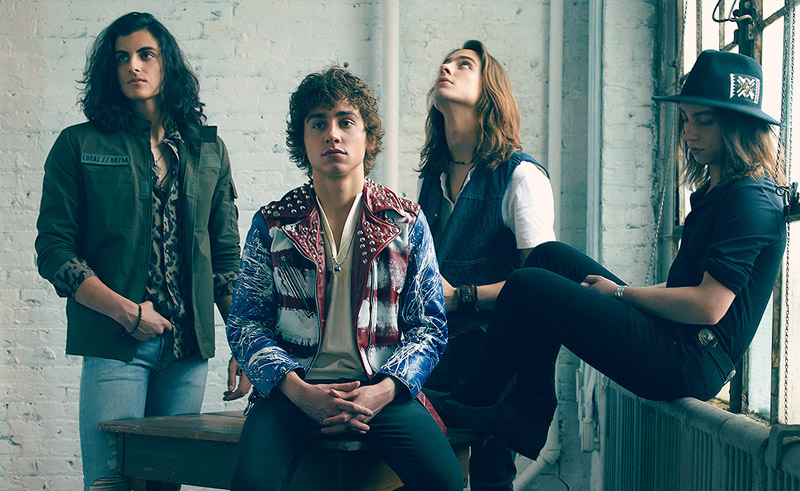 While at Shaky Knees Festival (QRO recap), Sam Kiszka of Greta Van Fleet talked with QRO. In the conversation, the bassist discussed forming the band with his brothers Jake & Josh, going from playing to 30 people to playing to 30,000, music he & his brothers agree on, music they don’t, overcoming stage fright, and more…

QRO:  Tell us about what you’ve done so far.

Sam Kiszka: Well, I play bass and keys. Must have been when I was 12 or 13… Jake was always playing and Josh would come out and sing sometimes. Jake would bring different drummers ‘cause he wanted to play all the time. I thought this was cool, and our mom thought we should get into it. She kept saying I look like a bass player. So, I tried it out and I was quickly inspired by all the Motown music, which was what I was heavy into at that time. You listen to that stuff and it’s the bass that makes that music, makes it move, makes it boogie, makes it jive, ya know. That’s where I come from.

QRO: You played at Hamburg, in England, even Johnson City, Tennessee. Have any good stories from playing different audiences?

SK: No. Everywhere we go, the hospitality was great. Our tour manager speaks five languages. So, everywhere we go, Josh would learn the dialect and learn to say, “Good evening,” ”Thank you,” and stuff like that.

QRO: It’s been a rapid transition from Fichers Hall or White’s Bar to playing festivals. Is there a difference preparing to play for 30 people and playing for 30,000?

SK: For festivals, it’s different. It’s stress free, because you’re not the only performer. There are so many people to help out. You go in the morning, check your stuff, hang out and stuff, people to talk to, lots of musicians, so it’s very relaxed and it’s a shorter set. We play 45 minutes instead of an hour and a half.

QRO: With all the places you’ve traveled and played, is there any place you personally want to go, maybe take the music to another country?

SK: ABSOLUTELY.  I want to go to Africa. We have some Asian dates on the calendar. I really want to see everywhere there is.

Everywhere we go, Josh would learn the dialect and learn to say, “Good evening,” ”Thank you.”

QRO: As a music fan, do you each get into some different music, while your brothers (and everyone else around) don’t appreciate or understand the interest in that band. Do you or your brothers have a band like that?

SK: I do! It’s very painful, but I’ve accepted that I just have to listen to it alone. It’s a band out of Rockaway Beach. They released a record two years ago. Name is Lewis Del Mar. I just think that stuff is so great. I think it goes to show that we don’t just like old things – there’s new things that are great. They make percussion like a lead – the melodic drums – it’s fantastic stuff.

QRO: What about the keyboard there on stage?

SK: That’s a Hammond SK2. It’s an imitation of the Hammond B3. We’re not going to tour with a B3. It’s just impossible. Maybe when we have multiple busses and trucks on tour – like the Allman Brothers. They gross the weight of a big refrigerator, and they break. Every night, every day, something will go wrong, touring with a machine like that. It’s a massive beast. So I tour with the imitation one. That’s the best one on the market.

It’s the difference between someone who wins a show like The Voice versus someone who worked their way playing crummy bars in Saginaw, Michigan.

QRO: Any advice for those musicians starting out?

SK: Yeah. Keep playing. Do things that you love. Experiment. Try to find your own sound. Be yourself. Be your own musician. Find your passion, find what you do, and make it your own.

QRO: [looking at the audience] That’s a lot of people. How do you tell a young aspiring musician how to overcome that first moment of stage fright?

SK:  I think if you’re there, then you have the power to own it. It’s the difference between someone who wins a show like The Voice versus someone who worked their way playing crummy bars in Saginaw, Michigan. You start doing small things, playing for ten people sometimes, even two people. Then it starts moving up for you, and I think when it gets to this point, you’re ready for it. That’s why you can’t put a band in front of 30,000 people right out of the get-go. Yeah, we have worked for it from the 500 rooms through the thousands, and now we’re playing bigger venues, the theaters and stuff. I think we’ve worked our way toward where we are. You get used to seeing more and more people. If you’ve made it that far then just do it. Don’t hold back.