Intimacy in art, particularly music, has long been a tricky act to pull off.... 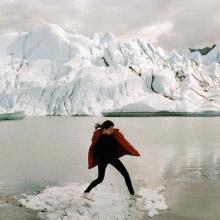 Intimacy in art, particularly music, has long been a tricky act to pull off, as the second that one sounds less than 100% personal, all connection is lost. Lots of artists come up on the back of intimate breakthroughs, only are never to be able to repeat it (often because they got so big, so quick, that they’re not relatable anymore). The approach in music also tends to become repetitive, as it’s hard to marry with sonic experimentation. But Sasami Ashworth sound like only herself on debut SASAMI.

A quiet record throughout, that does not mean that it lacks power. “Not the Time” is fuzzy and sweet, while still having an undercurrent, something that is also beneath the more indietronic following “Morning Comes”. Ashworth’s personal, confessional sadness comes through whether she’s resigned to “At Hollywood” or the tech finish “Turned Out I Was Everyone”.

SASAMI obviously isn’t going to be for everyone. But for those it touches, it touches deep.