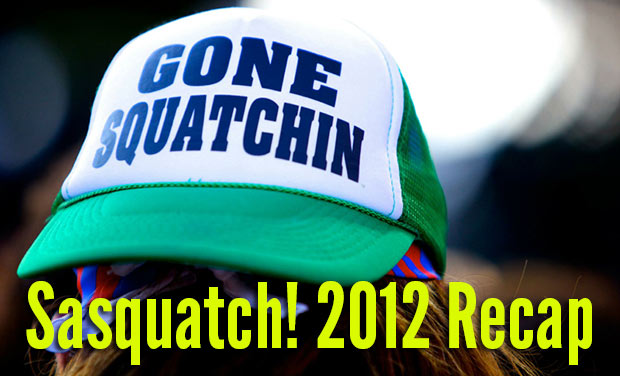 Click here for photos of festival sights from 2012 Sasquatch! Festival in the QRO Concert Photo Gallery

Every summer for the last four years I make my journey to the great North West from Southern California for what I feel is the best music festival around.  The Sasquatch! Music Festival is special, and this year, May 25th to 28th, was no exception.  I drove for three days camping with my life long best friend and my Husky puppy Pocahontas.  It’s a journey I look forward to every year.  At the end of the road is a large grass field waiting for me with some of the greatest music fans around, sprinkle in half of Canada & you have one hell of a goodtime. 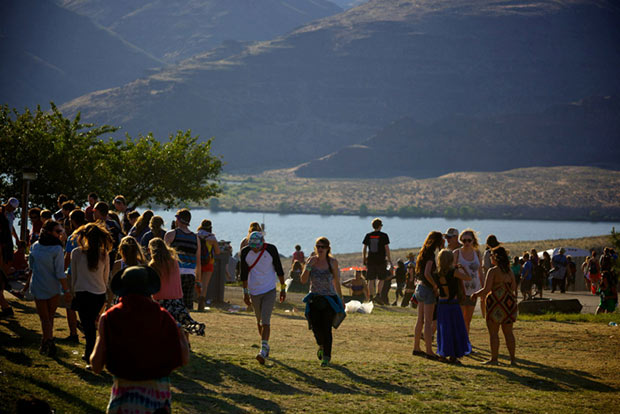 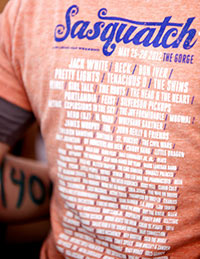 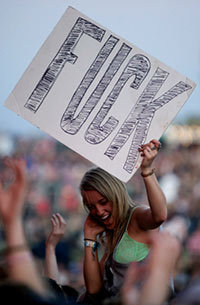 Once again the opening Thursday night camping party went off as planned or not planned my most.  A Red Bull DJ booth in the middle of the grounds and most people waking up saying, “I didn’t mean to party that hard last night.”  You’re not going to find too many ‘media’ people out in the campgrounds.  It’s too awesome and crazy for them.  But for me, it’s all about camping and having a good time with your neighbors. 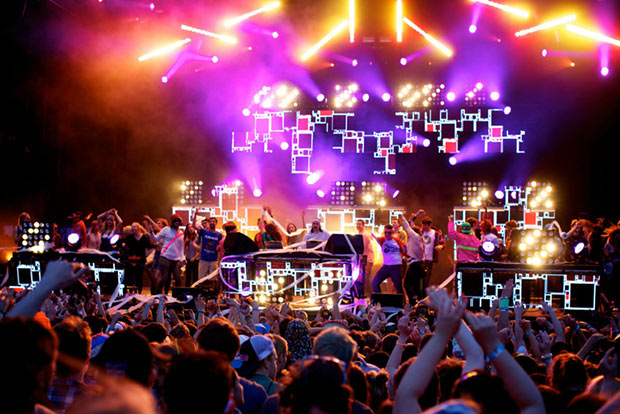 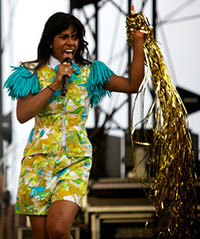 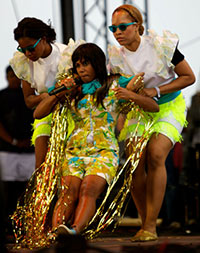 The venue is always the real headliner at Sasquatch!.  The music just brings in the background.  Santigold was amazing.  Such the true artist and performer.  The opening Friday night dance party with Girl Talk & Pretty Lights kicked off the weekend music to perfection.  Everyone danced and raged at the campgrounds all night.  One of the highlights for me every year is seeing how stoked the bands are to be playing at the Gorge.  Everyone is bringing there ‘A’ game. 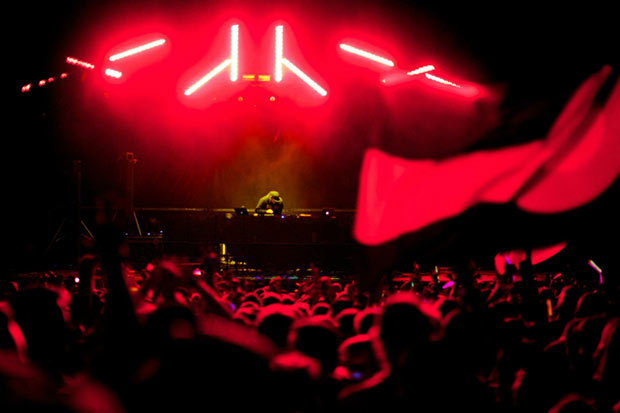 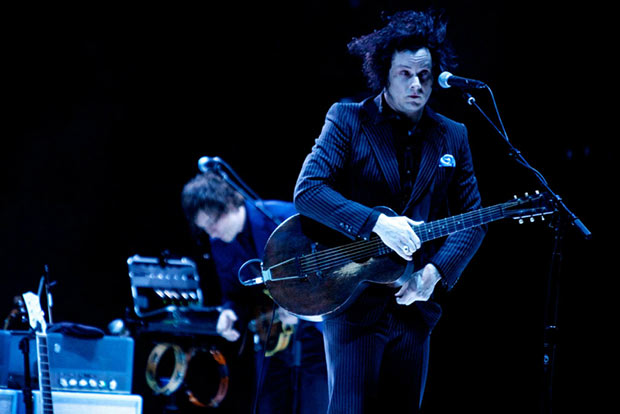 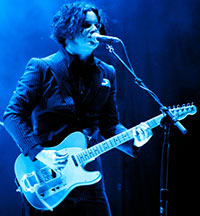 Jack White is the man.  Jack White is now Legend at Sasquatch!.  The “Did you see that shit?” performance of the weekend by far.  Even the music snobs in the media area were talking about it.  I know personally it was one of the radest things I’ve ever seen.  Opening with “Black Math” from his White Stripes, you knew it was on at that point.  I loved watching Meg’s cute body hit the drums in the stripes, but she has nothing on this new dude.  The man can play some drums.  The performance and the photography aspect for me, made it a real spirtual moment for me.  I feel blessed to have seen this.  It’s why I do, what I do. 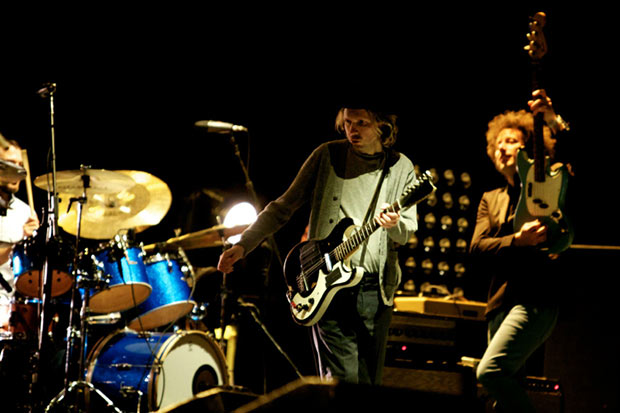 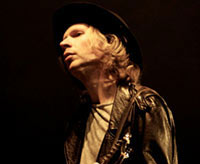 Being from Los Angeles, Beck is a real inspiration and hero to me.  I have the up most respect for this dude.  I was beyond excited to see him play again.  Tenacious D with my old schoolmate Brooks Wackerman on drums crushed some metal licks warming up the stage for the Beck man.  Opening with “Black Tambourine”, looking smooth as ever with his Sasquatch! smile, I was in rock ‘n’ roll heaven.  He’s the greatest musician of my generation.  He’s my Neil Young.  He can do it all.  He’s a talented son of a bitch. 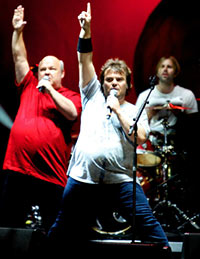 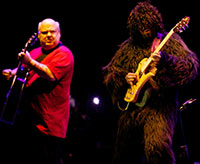 The encore and closing of Sasquatch brought out Tenacious D & the Sasquatch on guitar.  Just clap your hands and jump, that’s what everyone was doing.  It’s just another amazing weekend at Sasquatch!.  There’s 30,000 stories floating some where else, as we all have our own experiences at the festival.  That’s what makes it so fun and special.  When you go to Sasquatch! make sure you don’t fall for those pretty girls from Vancouver, Canada.  Little heart breakers are everywhere. 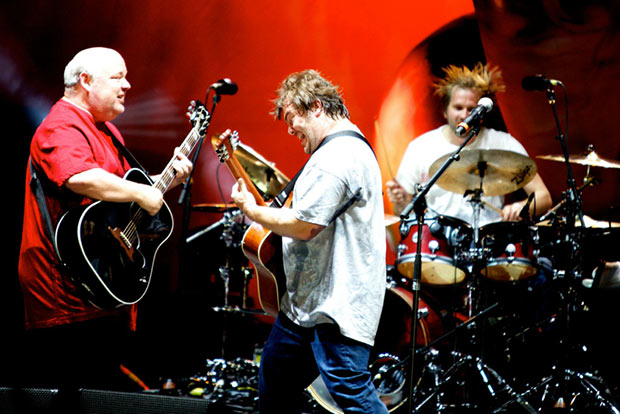 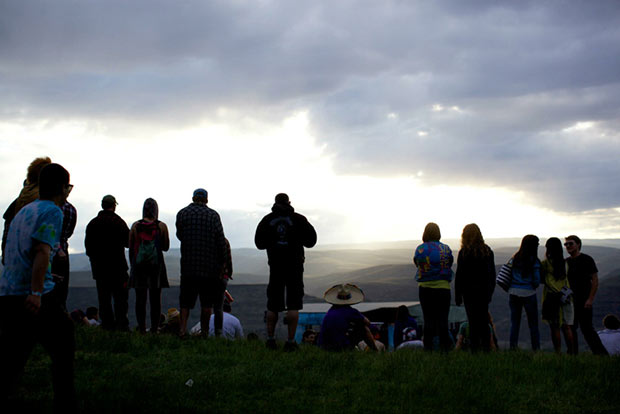