Savoir Adore : In the Wooded Forest 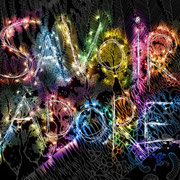 Two of the biggest trends in alternative music over the past few years have been seemingly diametrically opposed, Americana/alt-country and indietronica.  One relies on old sounds, done with a fresh take, while the other uses new sounds, but to more traditional ends.  However, both styles have had the flaw of a built-in limit to what they can do, which is why it’s so nice, as well as surprisingly natural, to hear the two put together on Savoir Adore’s debut, In the Wooded Forest.

Click here for photos of Savoir Adore at CMJ 2009 in New York, NY in the QRO Concert Photo Gallery

Click here for photos of Savoir Adore at 2009 Northside Festival in Brooklyn, NY in the QRO Concert Photo Gallery

The Brooklyn band (where else?…) certainly brings a ‘natural’ feel to Forest, doing it not just in Deidre Muro’s sweet vocals, but also fine synthesizer work.  The bright uplift of such tracks as "Sarah’s Secret" and "Honestly" easily charm, and there’s a catch on numbers like "Space Travel" & "Bodies".  Sometimes Savoir Adore go a little more indietronica ("We Talk Like Machines"), other times more Americana (the following "Early Bird"), but mostly nicely marry the two.

At fourteen tracks, In the Wooded Forest is a few songs too many.  Some pieces near the end like "Take Hollow Lane" are more than a touch forgettable, and both the ultimate & penultimate "The Garden" & "Wonderlake" feel like airy finishes (and the less said about the disco-mistake "Merp", the better).  But Savoir Adore have married indietronica & Americana to produce a record that is sure to charm.