While not quite the music of the 199’s stereotype, Elliott Smith is easily one of the more superlatively technical, tentatively artsy, and unique artists of them.... 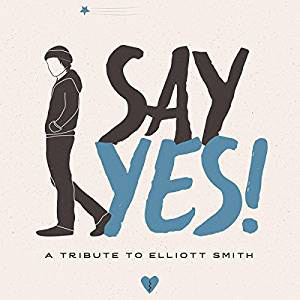 While not quite the music of the 199’s stereotype, Elliott Smith is easily one of the more superlatively technical, tentatively artsy, and unique artists of them. Up front with interesting piano, and, guitar based mostly in alternative artists. This collection is not quite perfect, and he was overall a very varied musician, but the artists do really clean renditions over all, and when he died, they were mostly there for the music scene. Somewhat familiar artists kicks off a wide range of artists, “The Ballad of Big Nothing” is a Julien Baker, rendition and solid guitar work.

While in other songs the rhythms are less jaunty, and the familiar J Mascis of Dinosaur Jr, cover is way better than the original, Smith, was at times really, depressing, and at times really enlightened, a drug, and music filled lifestyle, emotions are key to some of theses songs because of this, “Say Yes”, covered by William Fitzsimmons, etc., and he died in a brutal way it seems, but left emotions behind for these songs on Say Yes! A Tribute to Elliott Smith.

The first track, is a good ups and swinging opener, “Between the Bars“ done by Tonna Donnelly. Baker’s “Ballad of Big Nothing” and “Pictures of Me” from Amanda Palmer, follow this up nicely. This is the type of packaging with familiar names most music fans will like, and the songs are good for newcomers of course. “Needle in the Hay” done by another familiar Juliana Hatfield, “Bled White”, from Yuck, which is actually somewhat truer to folk-rock and decent, “Miss Misery” and “Oh Well, Okay”, follow up in more mood.

Some of the songs are performed oddly, but maybe to appeal to Smith’s mood still. “Condor” done by Jesu is trippy and brief in this fashion. In “Angeles” is somewhat uniquely performed electro rhythm by Waxahatchee. “No Name #3” is pretty good piano mood melody relaxing almost always is the approach of Elliott Smith’s music, so this is more fitting than some of the electro stuff. Lou Barlow of Dinosaur Jr’s “Division Day” is another solid movement, as he was known in The Folk Implosion as like what people say about Elliott Smith, eccentric, weird, “‘90s” stuff. Good on him for staying true to form here.

There is clearly a large portion of the Elliott Smith catalog not here, at least in terms of his proficiency, but most fans will like these renditions, some might not, but hey, tribute albums are weird in this way of particularity.