<img src="http://www.qromag.com/wp-content/uploads/2012/07/scissorsistersjul6.jpg" alt="Scissor Sisters : Live" />Scissor Sisters can always be counted on for a good time, and the first of two shows at New York's Terminal 5... 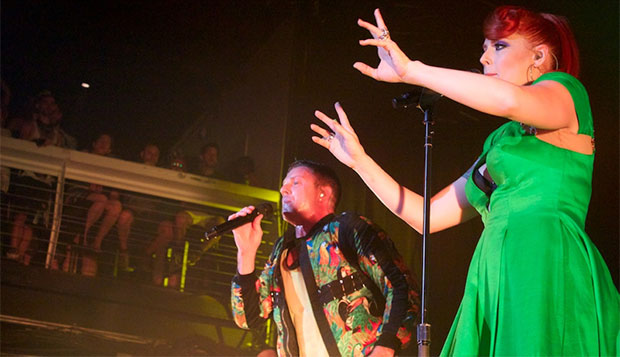 Scissor Sisters can always be counted on for a good time, and the first of two shows on Friday, July 6th at New York’s Terminal 5 was no exception.  Opening their set with "Any Which Way," a high-powered single from 2010’s Night Work, the good vibes were running high for the rest of the night.

It’s always interesting to see whether or not a band’s new material can immediately be accepted by longtime fans, and "Let’s Have a Kiki", from the just-released Magic Hour, has clearly been welcomed.  It may be new, but the song garnered more enthusiasm than older hits like "Take Your Mama".

That being said, an act with a fan base as devoted as Scissor Sisters’ gets a 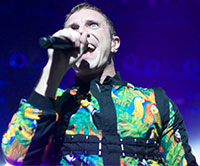 positive reaction for pretty much anything, and it’s well deserved.  Vocalists Jake Shears and Ana Matronic cut formidable presences, and they’re clearly still in love with performing and were made to fill a stage the size of Terminal 5 (QRO venue review). 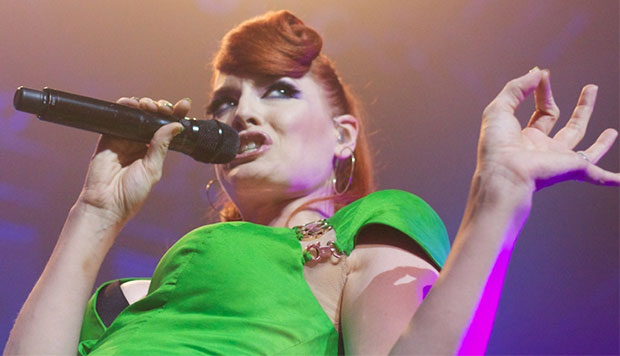