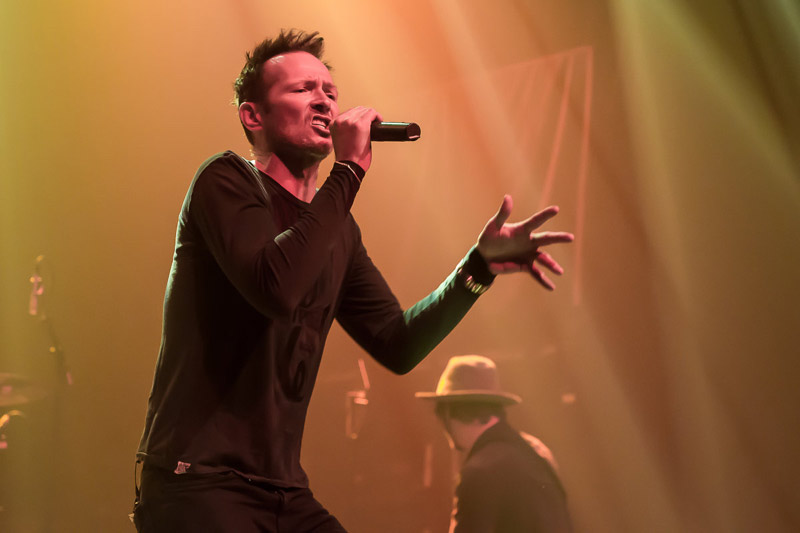 Singer Scott Weiland has had his ups & his down, from breakthrough in the nineties grunge heyday with Stone Temple Pilots, to the demise of that band, fronting all-star band Velvet Revolver with the likes of Slash, to that group’s demise, to the STP reunion & self-titled record (QRO review) in 2010, to STP once again breaking up, to now his new solo outfit, Scott Weiland & The Wildabouts. But Weiland brought it when he came to New York’s Gramercy Theatre (QRO venue review) on Tuesday, March 10th, with a new band & new album. 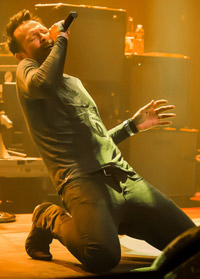 That new album is Blaster, making this the ‘Master Blaster Tour’ (think Mad Max: Beyond Thunderdome), and the show was mostly devoted to the new record (including filming the performance). New songs such as “Modzilla” and current single “Way She Moves” have that dirty seventies rock style, updated for today, that Weiland is known for, though the opening to the new “Amethyst” sounded a little too like that decade’s “Won’t Get Fooled Again” in its open, especially when the roadie played the start to soundcheck just before the show. Meanwhile, “Parachute” was like an STP love song (on the “Interstate” or not). 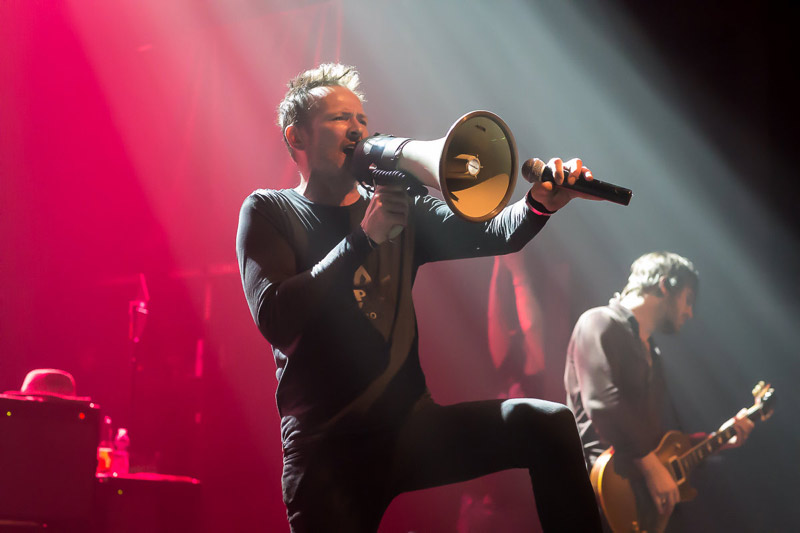 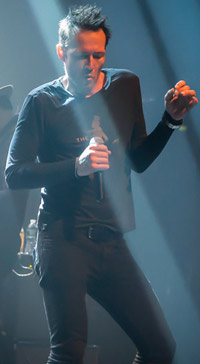 Weiland & co. did play some Stone Temple Pilots songs, though interestingly nothing from Velvet Revolver or his prior solo work – as they were aware that the crowd didn’t know most of the new songs, the others had to be classics. The evening opened with Weiland on distorted megaphone for “Crackerman” from 1992’s Core, and included hit STP singles like Core’s “Dead & Bloated” into the encore break, and “Vasoline” from 1994’s Purple two songs before that. And in between, The Wildabouts played a choice cover, David Bowie’s “Jean Genie”, an excellent artist to cover, and an excellent song of the Thin White Duke’s to cover, the piece from his (also seventies) glam best that most fit this group.

For the encore return Weiland & The Wildabouts sat down for an acoustic-y version of the new “Circles”, before getting “Unglued” with the song off of Purple to close out the night. They next head to Austin for South-by-Southwest (QRO preview), where Weiland’s one of the headline draws, as he always is, in whatever form. 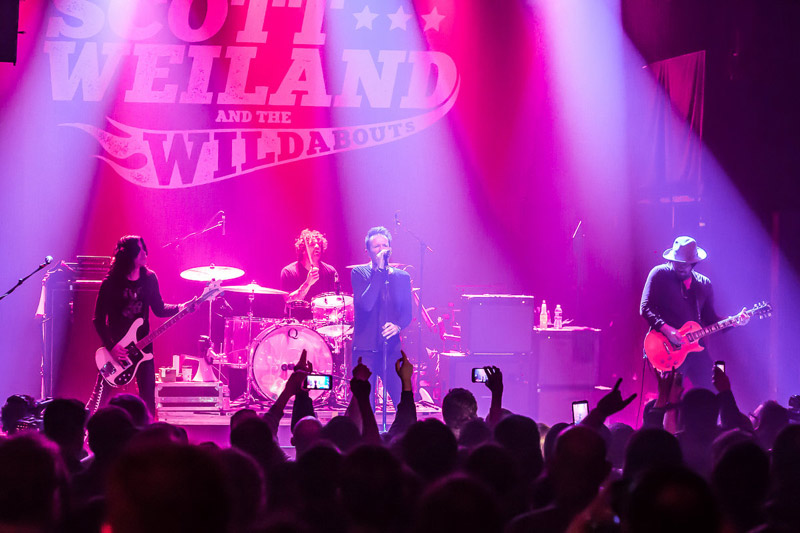