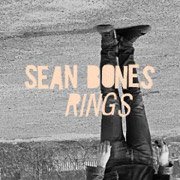 While he was awaiting the long-delayed release of Heavenly Bender (QRO review), Sam Champion (QRO spotlight on) guitarist/keyboardist Sean Sullivan took some studio time for himself – and out came Sean Bones, his own reggae side.  Since then, the Bones have only grown, from starring alongside Norah Jones in independent film Wah Do Dem (winner of ‘Best Narrative Feature’ at the 2009 Los Angeles Film Festival), to making his own Bones full-length, Rings.  The reggae rhythms are sweet & catchy, if sometimes over-simple.

Click here for photos of Sean Bones at CMJ 2009 in New York, NY in the QRO Concert Photo Gallery

Click here for photos of Sean Bones at Piano’s in New York, NY on May 6th, 2009 in the QRO Concert Photo Gallery

First off: while Sam Champion married seventies-rock with modern indie freshness, Sean Bones is reggae, and if you can’t stand reggae, this is fair warning.  But, to paraphrase Michael Dawson on Lost, “Who don’t like reggae?” (he actually said ‘Bob Marley’…) And Sullivan freshens up those sun-drenched sounds on pieces like “Act So Casual”, the following “Sugar In My Spoon”, and single “Dancehall”.  Yes, the reggae-catch is there, but it isn’t one that you’re going to get tired of.

The main fault people find in reggae is its simplicity, and Rings does sometimes fail in the way, especially in its back half with songs like “Smoke Rings” and “Visions”.  Not everything Bones adds works out as well as “Casual” – the slower “Instigator” is a bit too smooth, and the preach/plead of penultimate “Captain Tying Knots” doesn’t add to the simplicity.  But then there’s the nice send-off of “Turn Them”, with Jones guest-spotting, or the relaxed, sweet flow & catch of openers “Easy Street” & “Cry Cry Cry”, to brighten up your summer.