After the summer of 2009, events seem to no longer be happening at @Seaport. @Seaport is located on 219 Wall Street, Manhattan, at the corner of Water & Beekman... 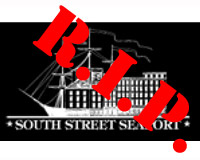 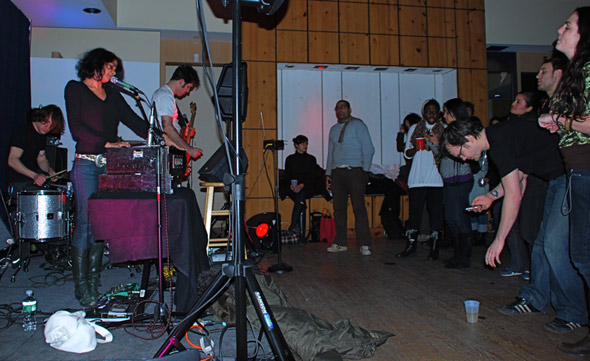 After the summer of 2009, events seem to no longer be happening at @Seaport.

@Seaport is located on 219 Wall Street, Manhattan, at the corner of Water & Beekman Street.  It just a block north of the ‘mainland’ section of the South Street Seaport tourist location, one block away from the East River, but can be a bit difficult to find, thanks to being positioned on Water Street, right after the street switches from being a major thoroughfare and into a back alley.  Events there are run by Seaport Music, who also holds the free summer concerts at nearby Pier 17 as part of the River-to-River Festival.  The venue is very new, having only opened on Friday, February 22nd, 2008, with a performance by Beat the Devil.  Later that year, East Village Radio held its fifth anniversary music festival there and at South Street Seaport, and the venue has served during CMJ.

The folks at Seaport Music have to rely on gifts from the Wall Street community, making @Seaport an unusual mix of high-class and makeshift.  It looks far nicer than your run-down DIY locales in Brooklyn, or even some paid venues on either side of the East River – more a loft converted into an art gallery than any sort of house party or bar (it’s amazing what putting gels on lights can do).  However, that does mean some rather odd lines of sight, with the band playing virtually on the floor and the balcony rather high up – but also a unique pseudo-‘mezzanine’ in the mid-staircase landing.  The donated sound system is excellent, good not just for the band but also for movies and stand-up comedians that play – but people watch on folding chairs (those are, however, easy to remove when the band comes on).  While Seaport Music doesn’t have a permanent liquor license for @Seaport, they have proved able to offer drinks there during events.

Seaport Music is limited by their self-declared “no budget” in what they can book, but they certainly have connections to larger acts, thanks to their much larger shows at South Street Seaport over the summer (maybe akin to how Mercury Lounge has a stronger hook than its size would indicate, thanks to it being part of the ‘Bowery Presents’ circle of venues) – opening night act Beat the Devil played South Street Seaport the summer prior.  Like the summer shows, Seaport Music events are on Fridays at 7:00 PM, for after-work crowds (though, like pretty much everything on the southern shores of Manhattan, it’s a bit of a trek from the closest subway stop, and the area gets pretty dead late at night).  While far more limited in scope than the Pier 17 shows, it should hopefully keep the fires burning, down by the docks, over the cold winter.