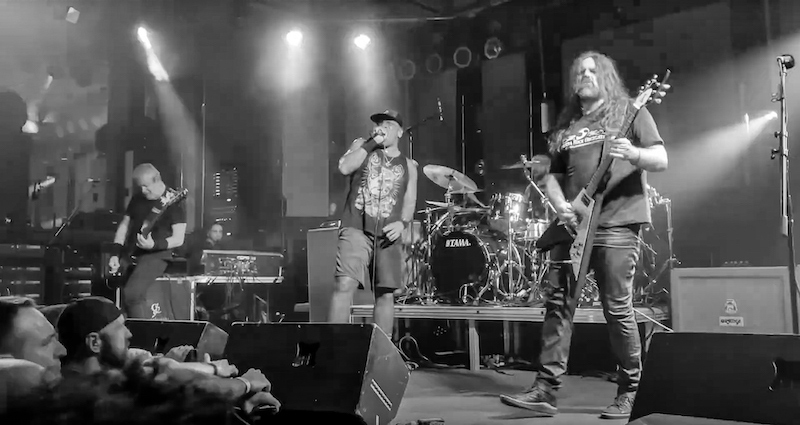 Following two false starts due to COVID-19, the foursome are finally deep into the North American leg of their Quadra world tour. Joining them are Sacred Reich, Crowbar, and Art of Shock.

With plenty of detuned riffs and an underlying Brazilian rhythm, the band was in tight form all evening. From the slow-burning opening of “Isolation” to the chaotic closing of “Roots Bloody Roots”, the evening was one metal masterpiece after the next.

The setlist leaned unsurprisingly, on material from Quadra, the latest album of new material. Not to be upstaged by the new music, the band ran through tracks spanning six other albums, the best of which was the encore songs “Ratamahatta” and “Roots Bloody Roots” from their best Brazilian influenced Roots. No doubt the boys saved the best for last. That says a lot considering the relentless shredding of “Means To an End”, the crowd favorite, that featured a seamless connection between Paulo Jr. and Andreas Kisser.

This is one of the best, well-formed metal bands to ever grace a stage, even after nearly forty years of playing, when most of their contemporaries are phoning it in.