Touted as Seven Handle Circus’s big, local farewell show before an indefinite hiatus, it turned into a real blowout at Atlanta’s Terminal West.... 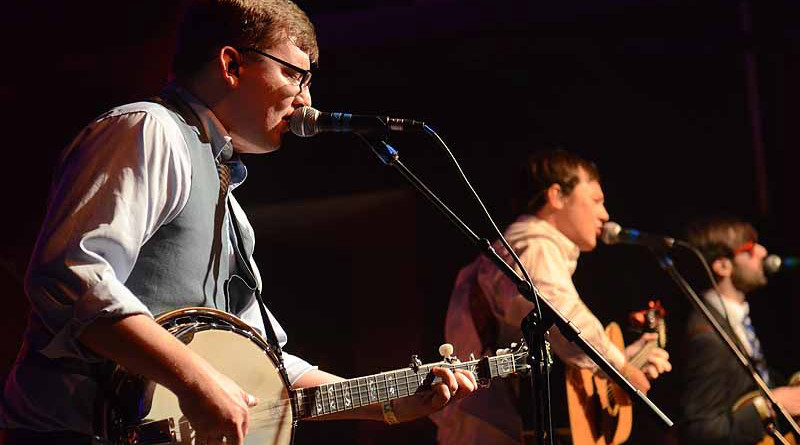 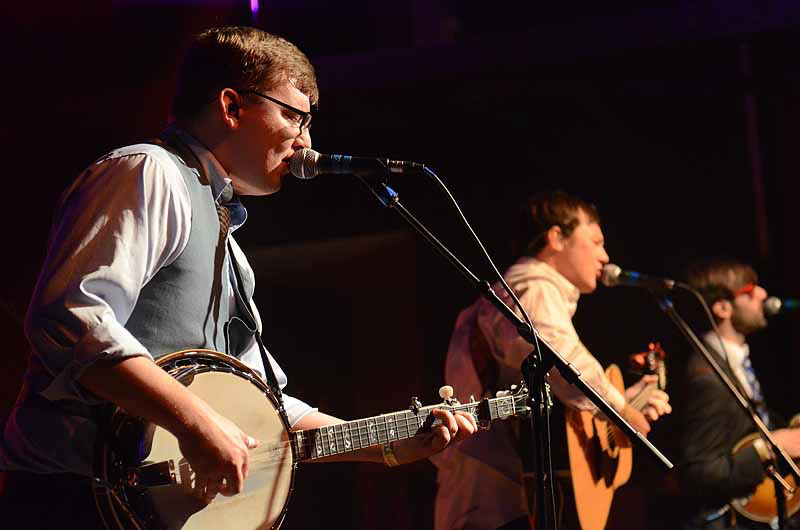 Touted as Seven Handle Circus’s big, local farewell show before an indefinite hiatus, it turned into a real blowout at Atlanta’s Terminal West on Friday, August 28th. There were five members since violinist Richard Burroughs wasn’t performing. The band’s outfits were color coordinated white, grey, and black outfits that varied between ties, jackets and vests. The audience hooted, hollered, sang along, and danced throughout the entire set of “grass ‘n’ roll.”

The band’s sound ranged from bouncy dance music with bluegrass beats and perfectly tight, warm, light three-part harmonies, to slow interludes of solo vocals by tenor Shawn Spencer and tight playing by the band, with dynamic volume and tempo contrasts. Spencer played synchronized electric acoustic guitar. Spencer, banjo player Colin Vinson and mandolin player Steve Bledsoe created three-part harmonies. All acoustic instruments were mic’d. Heavy rhythm was laid down by bassist Troy Harris on either acoustic bass or electric bass, and Jeff Harrison on drums. Harris wore a floppy hat, was the only longhaired member, and got funky with his dancing once on electric bass. Guest violinist Pete Stuart joined in mid-set during an instrumental solo breakdown. Harris’s father, Jimi Harris, played electric guitar later in the set and was said to be the one that taught the band bluegrass. 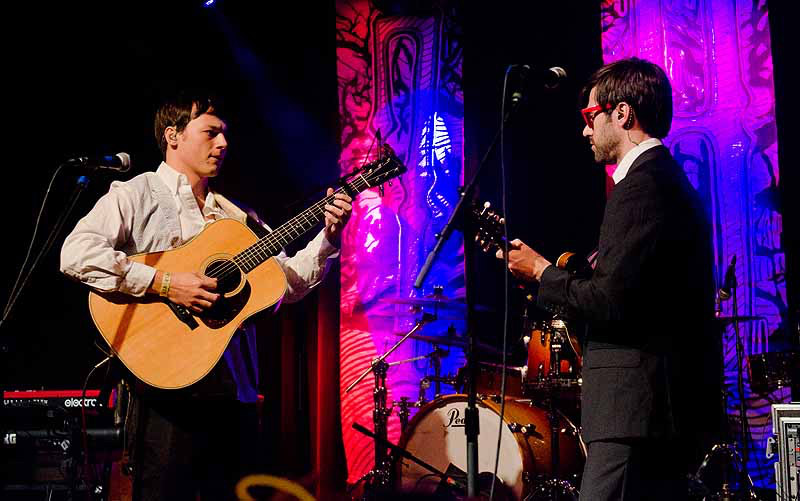 “We like to go for a ride, play a lot of different stuff, jam a little bit, and sneak in some eclectic covers that the audience doesn’t expect, exactly where they least expect them,” stated Harrison in a press statement that rang true. Some songs were obvious jams as members watched soloists. The encore consisted of covers of rap/electronic songs, “Clint Eastwood” by Gorillaz and “One More Time” by Daft Punk.

Audience ages were mixed, with a noticeable quotient of people over 40. When the band uttered mention of it being the last show, the audience responded with “Boo” and “One more year!” chants. Band merchandise was sold at name your own price, glow bracelets were given out: some made headbands out of them, and some were thrown in the air. Roses were given or thrown out at some point late in the show and ended up onstage with the band. 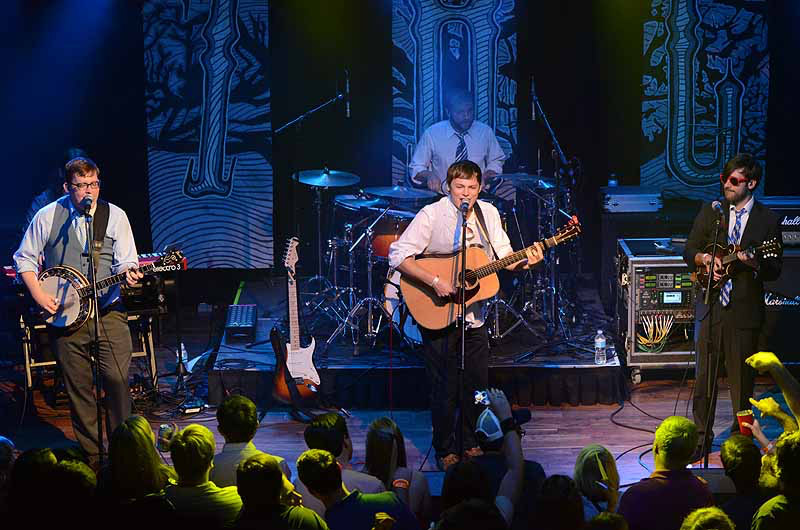