<img src="http://www.qromag.com/wp-content/uploads/2011/12/shabazzpalacesblackup.jpg" alt="Shabazz Palaces : Black Up" /><br /> <i>Black Up</i> is hip-hop from a different time, but it's unclear whether that time is in the future or the... 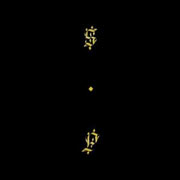 Hip-hop comes in many different shades.  Contrary to what the radio might have you believe, it can be more than cookie cutter hooks drowned in a sea of 808‘s and hashtag rap.  The genre certainly started off quite differently, with groups like A Tribe Called Quest, Pete Rock and CL Smooth, and Digable Planets arguably bringing it to its funky best in the ‘90s.  Long overdue, one of those founders is back.  Shabazz Palaces, hailing from Seattle, is multi-instrumentalist and beat maker extraordinaire Tendai Maraire + Palaceer Lazaro, formerly known as Butterfly of the aforementioned Digable Planets.  After releasing Shabazz Palaces and Of Light, Black Up is their first studio album.

Click here for photos of Shabazz Palaces at 2014 Project Pabst in Portland, OR in the QRO Concert Photo Gallery

Click here for photos of Shabazz Palaces at 2014 Middle of the Map Fest in Kansas City, MO in the QRO Concert Photo Gallery

Click here for photos of Shabazz Palaces at 2012 Sasquatch! in George, WA in the QRO Concert Photo Gallery

Click here for photos of Shabazz Palaces at 2011 Music Fest NW in Portland, OR in the QRO Concert Photo Gallery

It’s hip-hop from a different time, but it’s unclear whether that time is in the future or the past. It is the polar opposite of Watch the Throne (QRO review), music made from a different perspective. Rather than boasting about getting trashed in Paris, Palaceer Lazaro waxes about how it feels when you make a beat so good you can’t get it out of your head. Tendai Maraire slides back and forth between grooves as mysterious and bohemian as they are crisp and sharp-edged. It’s music to provoke, rather than prevent thought. It’s a feeling.

Black Up is that kind of hip-hop album.  It can’t be called experimental, because what’s happening is so basic.  Shabazz Palaces isn’t reinventing the hip-hop track – they’re just repurposing it.  And doing it in a way that keeps the head bobbing to stuttering grooves from a mountainside somewhere in the Himalayas.  This is an album that a sheepherder would share with his cousin in Brooklyn.

Black Up is funky hip-hop at its best.  Digable Planets once said “Planets pledge allegiance to funk in all its forms,” and Lazaro is keeping that pledge.  Shabazz is lit using darkness.  Shabazz is new, and Shabazz is old.  For best results apply directly to ears.