Shaky Knees returned for year six at Atlanta’s Central Park, with four stages and nice open spaces with trees so people could chill and enjoy the festival atmosphere.... 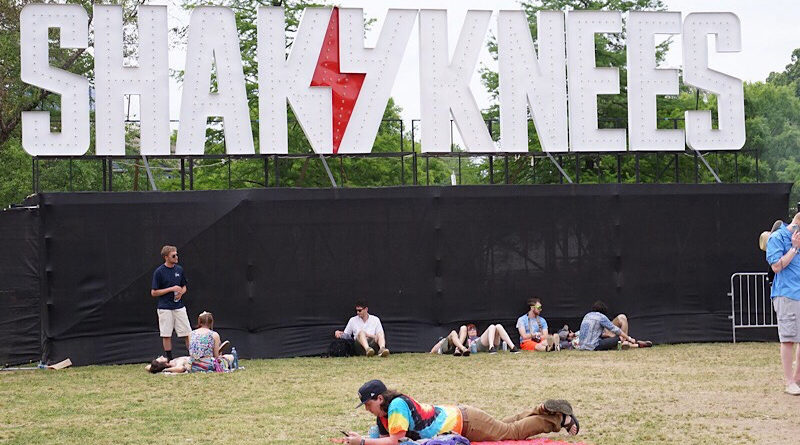 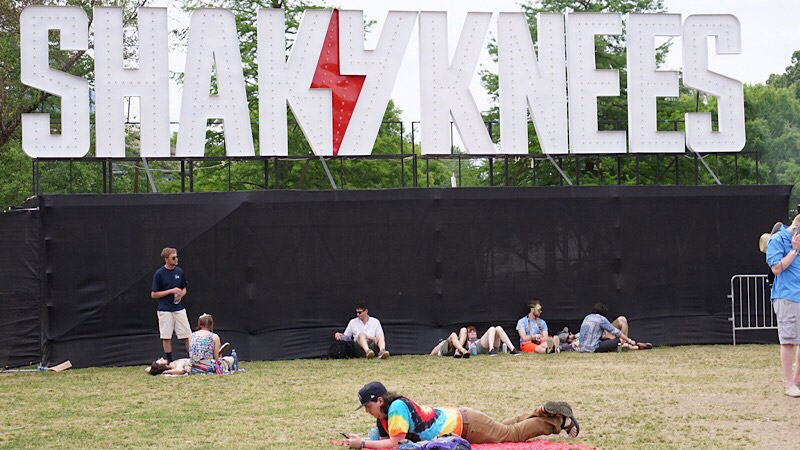 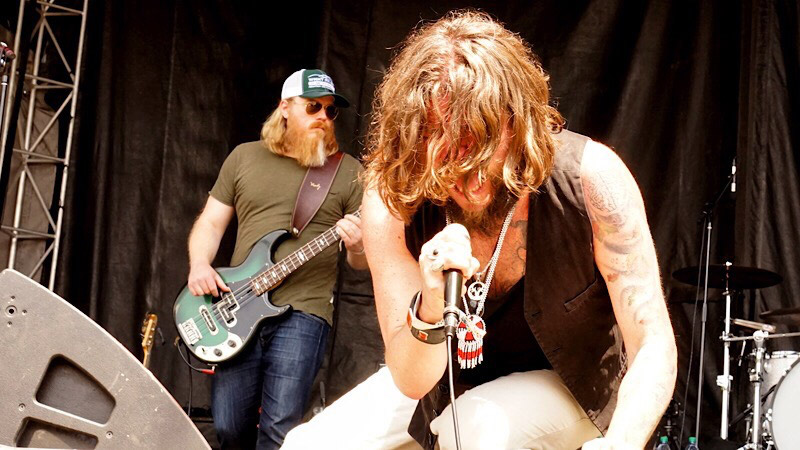 The spaghetti western style music was a novel prelude for the Rival Sons. They came onstage boisterously and played “Electric Man”, taking the audience by surprise with their heavy testosterone-fueled blast of 1970s hard-edged rock.  They were tough and loud and had songs with dueling guitars and hooky riffs. The day’s rendition of “Secret” was representative of singer Jay Buchanan’s best clear, deep vocals. But he had to take it easy since he said he blew out his voice recently in Kentucky. The set was full of energy and it was difficult to look away from Buchanan’s excellent performance skills. 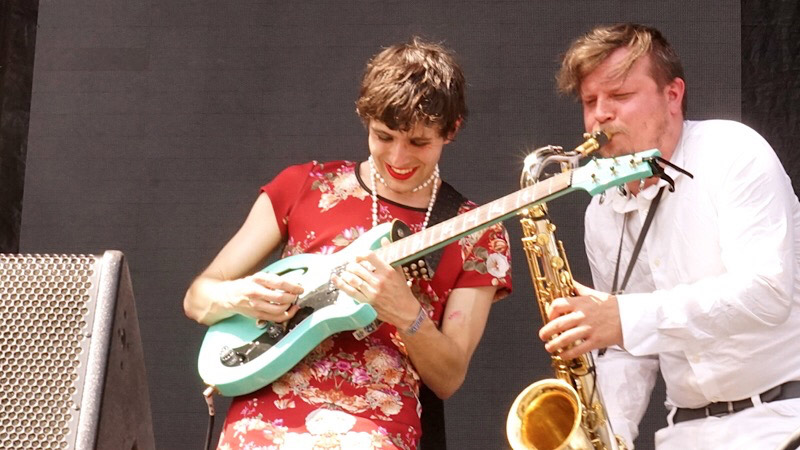 Ezra Furman was decked out in a floral dress and red lipstick while singing in solid tenor vocals. There were rapid, lyrical bursts answered by frantic guitar riffs. Lyrics about teen angst and identity issues were delivered in anthems at a rollicking pace. Some oddly placed sounds via saxophone and strange, unconventional harmonies added a vaudevillian feel. The bassist played a nice Hofner and sang lead on occasion. 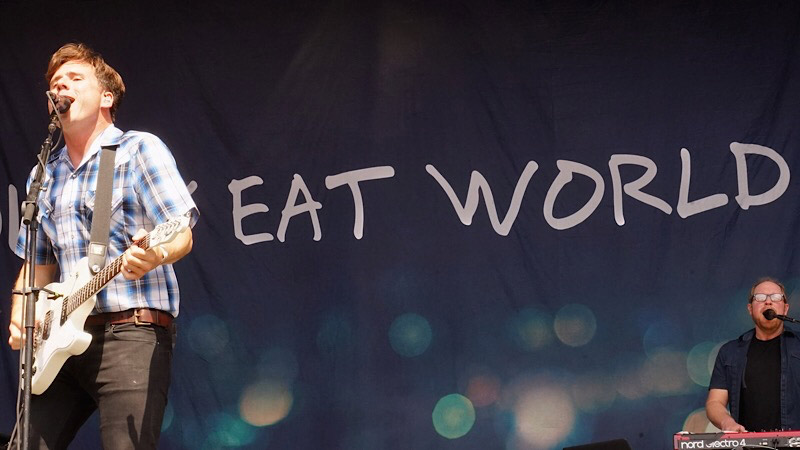 Always quick to the draw, Jimmy Eat World ran onstage and charged into “Praise Chorus” with abandoned glee. Singer Jimmy Adkins led the band in happy, bold deliveries that had a sense of urgency but playful unpredictability. He beamed smiles to the audience throughout the 15-song set. There were two new songs, ”Love Never” and “Half Heart”. Rhythm guitarist Tom Linton seemed to take the lead introducing the band’s hits. After many, many shows and a huge catalog of dextrose rocket fueled tunes, Jimmy Eat World’s set list is like a buffet – the menu is never the same, but always very satisfying. 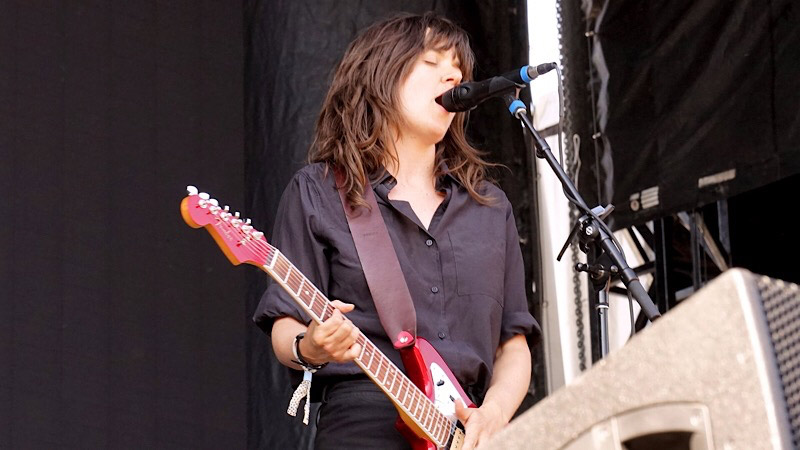 Courtney Barnett, the first of several Australian acts during the festival, eased out on stage and gave a smile to the audience that shined like the red, left-handed Fender she played. She started in a laid back fashion with her charming whine on “City Looks Pretty” and “Small Poppies”. After strolling through her growing catalog, with each song, her enthusiasm grew, and she brought out more sinister guitar work. Her band was perfect accompaniment, particularly Katie Harkin on keyboards. Highlights were “Pedestrian at Best”, “History Eraser”, “Depreston”, and the final songs, “Need a Little Time” and “Nobody Really Cares if You Don’t Go to the Party”. 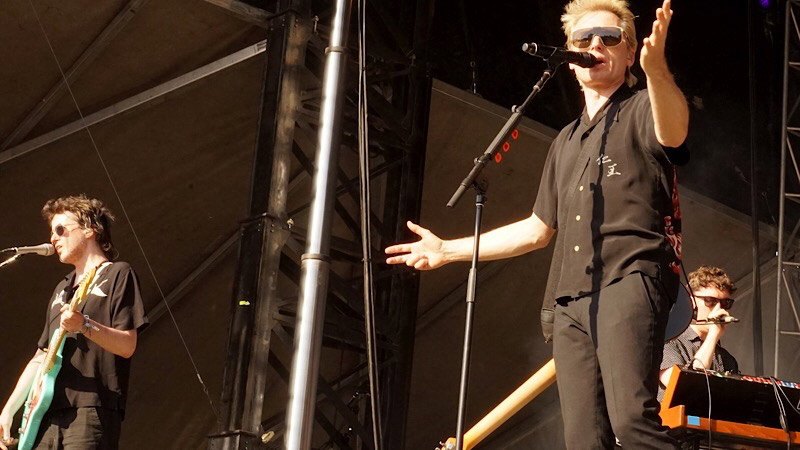 Scottish band Franz Ferdinand has consistently been guilty of delivering live shows that are like lightning in a bottle, and this was no exception, despite the heat of the day. There’s always the effervescent persona that Alex Kapranos radiates, with his truly wonderful audience-engaging moves, which he took no time in demonstrating fully during opener “Always Ascending”. That title song of their new album (QRO review) was an appropriate choice, considering Kapranos’ escalating energy as the set progressed. His baritone vocals were more clear and enunciated than ever before, and by the chorus of the second song, “Dark of the Matinee”, the audience was fully engaged, dancing and singing along. There was no escaping the infectiousness of the ditties full of catchy chord progressions, guitar melodies that alternate lower and higher notes (aka angular) and lots of time signature changes. Original members singer-guitarist Kapranos, drummer-backup vocalist Paul Thompson and bassist Bob Hardy played tightly, as always, fully in sync with new members guitarist Dino Bardot and keyboardist-backup vocalist Julian Corrie. As with all Franz Ferdinand shows, people left sweaty and smiling. 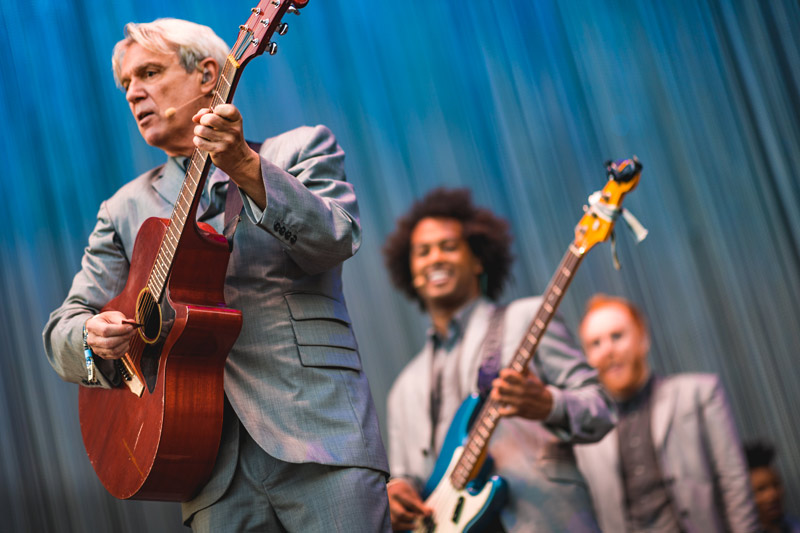 The former Talking Heads singer David Byrne and his band were fashionably dressed and finely choreographed. But what was with the brain on the keyboard? Immediately, it was obvious that David Byrne knew how to capture attention with his odd, brainy ways. His new album, entitled American Utopia (QRO review), was what a possible outsider view of American dreams could be from the perspective of those left behind in the wake of progress. New songs played from the concept album included “Everybody’s Coming to My House”, ”Every Day is a Miracle” and “Lazy”. He also sang “Toe Jam” which was a Brighton Port Authority collaboration with Fat Boy Slim and Dizzee Rascal. Fans were delighted when he started into a set of Talking Heads songs, featuring “Zimbra”, “Slippery People”, “Blind” and “Burning Down the House”. A highlight was “Once in a Lifetime”, where he copied almost exactly those staggering moves and peculiar gestures and dance moves that were featured in the music video from around 40 years ago. Amazingly, people in the audience were copying the dance also. The surprise end of the set was a cover of Janelle Monae’s “Hell You Talmbout”. Kudos to Byrne’s coolness and current concern for America. 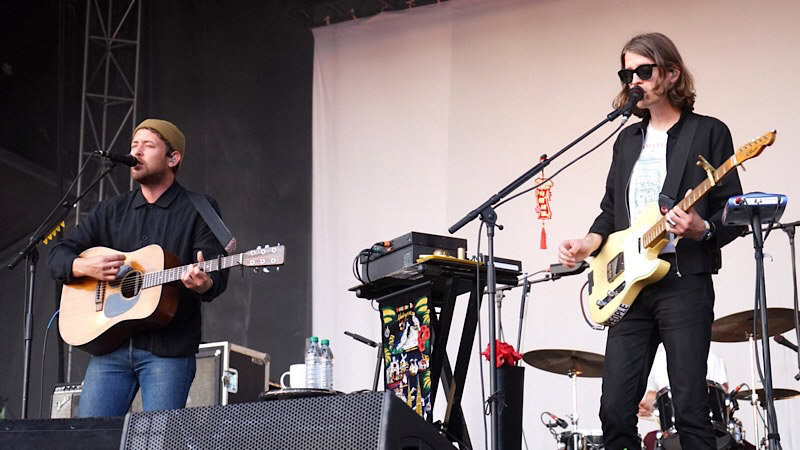 The tightly woven five-part harmonies and artful singing and musical melodies, which harkened back to classic rock bands America and CSNY, soared throughout all of the Seattle-based alt-folk Fleet Foxes’ songs. A revolving mixture of acoustic guitars, electric guitars including a hollow-body, percussion, drums and keyboards kept their sound interesting. Songs played included the laid back tremolo-filled “Grown Ocean”, the canon style, Shins-like “White Winter Hymnal”, the calm, building hit “Mykonos”, and their set ended with “Helplessness Blues”. 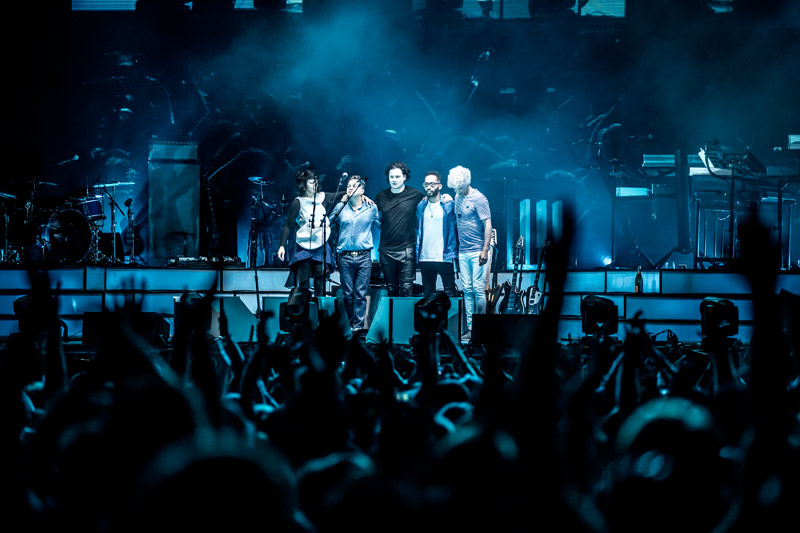 In complete blue lighting and his “III” symbols, the former White Stripes singer turned artiste Jack White pulled a huge crowd. He exuded great confidence and charisma, and his guitar solos were impressive. His stage performance skills were energetic, as he moved and jumped around the stage with cat-like reflexes. He made his way through about 45 minutes of material before taking a 20-minute break, and then finished his set. It was obvious he would return, because the large video display behind the stage was still active. New songs played included “Over and Over”, “Boarding House Reach”, “Corporation” and “Why Walk Like a Dog?” Old favorites included The Dead Weather’s “I’m Cut Like a Buffalo” and The Raconteurs’ “Steady as She Goes”. But the White Stripes songs got the best crowd response. He revisited “Dead Leaves and the Dirty Ground,” “Hotel Yorba”, and “The Hardest Button to Button”, which included a snippet of “Psycho Killer”. The set-ender was The White Stripes’ biggest hit, “Seven Nation Army”.

Wye Oak – The Louder I Call, The Faster It Runs