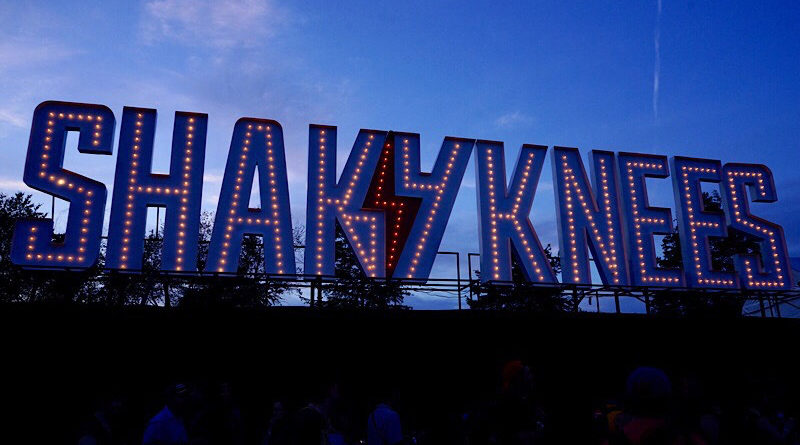 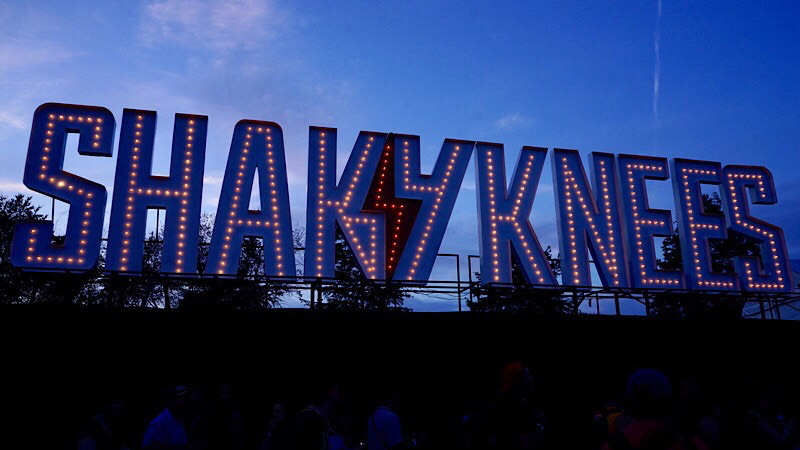 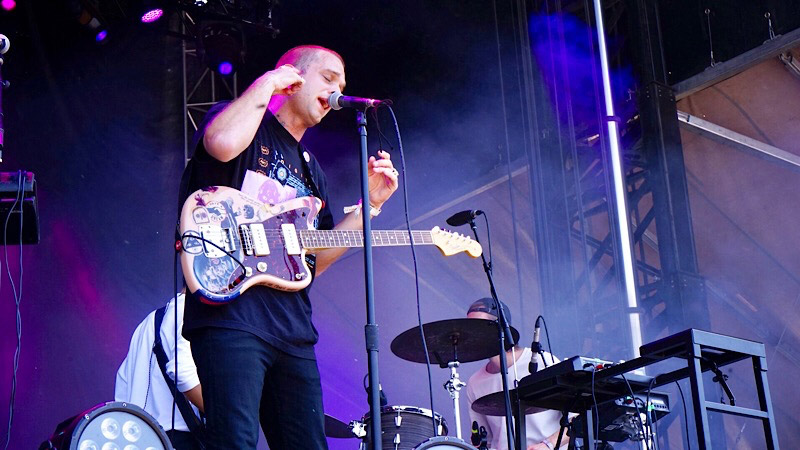 While delivering songs, Landon Jacobs of Sir Sly stood, or sometimes maybe stammered by the mic, making rather odd gestures with his face arms and body. No, we’re not talking about calculated pop star moves. His stage presence would be more akin to someone from a mental ward. Adding to the effect may have been Jacobs’ shaved down summer cut – his long locks were gone. There was a quirky charm about his singing, especially on “Astronaut”, “High” and “&Run”. After a few songs, Jacobs opened up about being at his brother’s wedding yesterday, and flying in on the red-eye, and how he was still emotional about his mom passing from cancer. The story tugged at the heartstrings of many, and he received a warm response from the audience. It was a convincing and sensitive performance, and the catchy music and the band offered unexpected surprises. Like when Jacobs climbed the pole of the stage, then explained that when asked about touring by his family, he said, “It’s fun to climb different places.” There were catchy bass lines and dual vocals with a toe-tapping beat. Sir Sly’s slightly dancey pop beats and Californian feel have definitely created elements that can stick around. 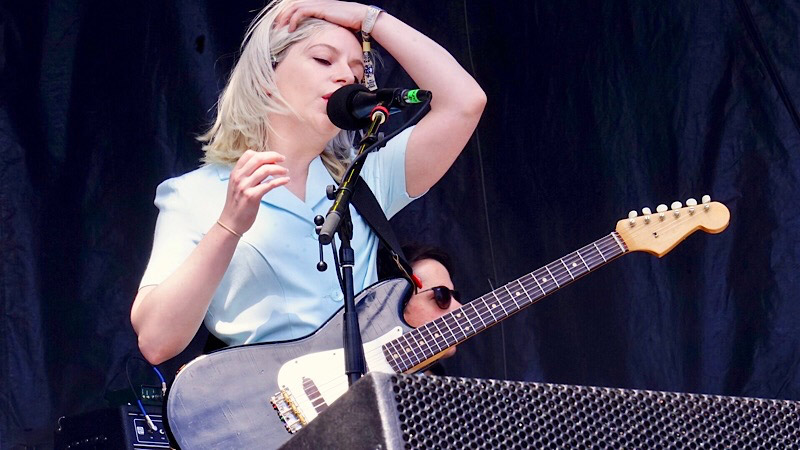 While the band originates from Toronto, singer Molly Rankin of Alvvays enunciated more like Scottish singers Tracyanne Campbell (Camera Obscura) or Elisabeth Fraser (Cocteau Twins). Rankin’s vocals also tended to be mopey and ethereal, channeling Nico (Velvet Underground) and Hope Sandoval (Mazzy Starr). However, her range was impressive. The band’s songs were positive, but there was an arty touch to the instrumentation that hinted of a more atmospheric sound, and the minimal backing music that makes the music more intriguing. That’s the beauty of alternative music – it’s full of all kinds of moods. People stood around, danced a little, and enjoyed the occasionally bouncy jangly guitars.

Funk is finally back in style! The second band from Australia (Byron Bay), but now based in Berlin, Germany, the young lads of Parcels had grooves for miles. Never boring, they knew how to mix it up and funk it out. Bouncy keyboards, arty harmonies, jazzy guitar, soulful bass: How did all these unrelated musical characters end up in the same band? Somehow, it fit together so nicely that the fusion works. “Overnight”, their 2017 hit song produced by Daft Punk, was played, as well as “Tieduprightnow”, which was released just a week or two before the festival. The band’s performance involved dancing with their instruments in hand and hair flinging by Noah Hill on bass. Jules Crommelin, whose haircut and mustache were completely from the ‘70s, similar to the musical style of the band, played guitar and sang about half the songs. 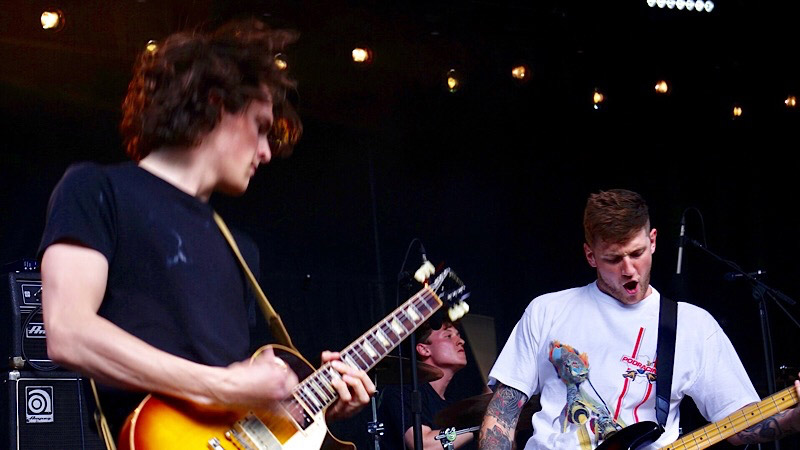 Basement played aggressive Sub Pop style punk that somehow landed on the friendly shores of Suffolk, all delivered with a dash of pizazz. Singer Andrew Fisher and his brother, drummer James Fisher, were the core of the garage rock band. The guitarists showed gnash and crunch, while the singer was the proper, polite Briton. The miscasting made for a remarkable live set. Quite a bit of crowd surfing commenced and a happy crowd celebrated the British band that played more like Americans. 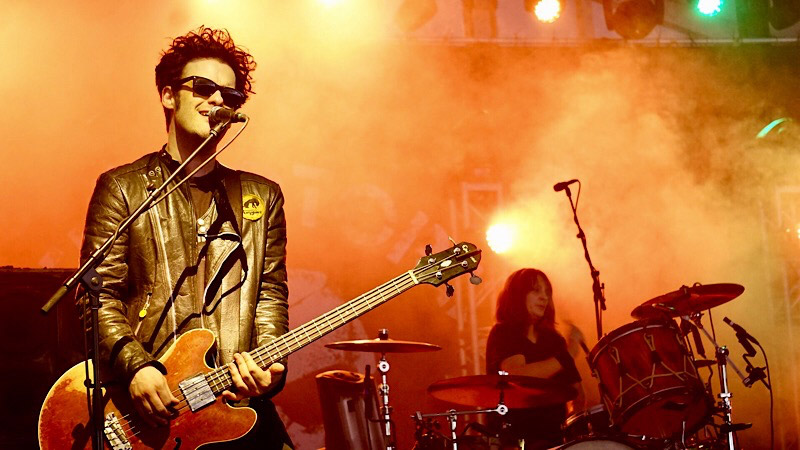 San Franciscans Peter Hayes and Robert Levon Been (QRO interview) of Black Rebel Motorcycle Club did what they do and did it well, playing their laid back 1960s and psychedelic style rock for 20 years now. Jennifer Leah Shapiro, the drummer since 2009, held her own in the alternating dark and bright lighting. The musical mood was a bit somber, and sometimes all-out gloomy. Hayes was the master at posing with his guitars. The big man held up his big guitar, way up when he played, reminiscent of Johnny Cash, and also copied his guitar down when not playing and then placing it on his back. He also used the guitar as percussion a few times. He swapped to acoustic guitar for “Beat the Devil’s Tattoo”. Other songs played were “Six Barrel Shotgun”, “Little Thing Gone Wild”, and “Whatever Happened to My Rock ‘n’ Roll?”. 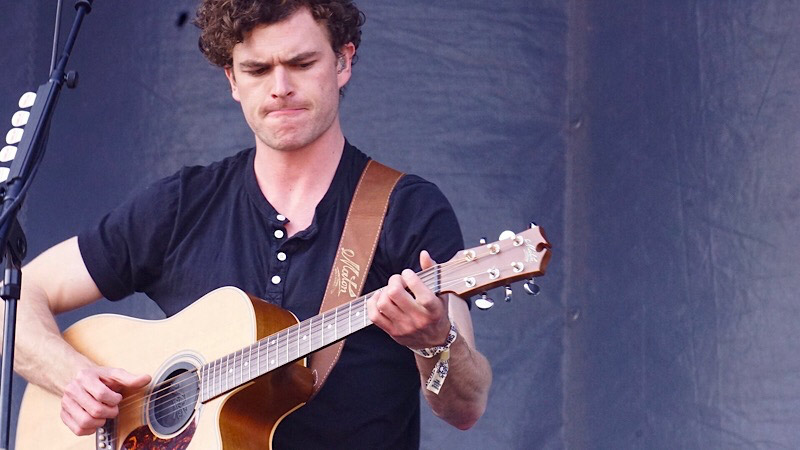 This third Australian act, Vance Joy, was one of the more curious main stage artists, because of the mix of his being a solo act, and an acoustic singer-songwriter who also sang like a pop star. Media attention has accelerated for him since his huge 2015 hit “Riptide”. He was backed up by a backing band that included a trumpeter and saxophone player, which added more texture to his live show. His voice diverged from the record version of “Mess is Mine” and “Wasted Time,” but the crowd seemed pleased with his new interpretations. He let the band take the lead for “Call If You Need Me.” 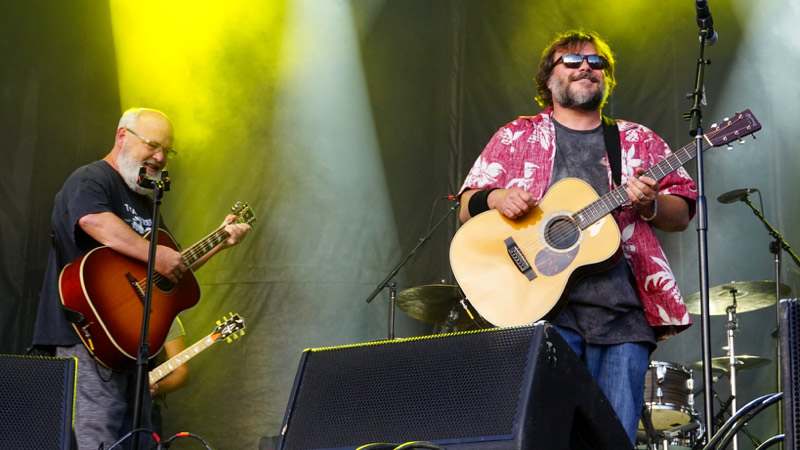 There was a huge crowd when Jack Black and Kyle Grass, a.k.a. Tenacious D, took the stage with a gaggle of band members who joined the big D. The guilty members probably were John Konesky, John Spiker, and Scott Seiver. They played some big, large, meaty, fun guitar hooks and countless hard rock trademarks. However, they also digressed into a very spirited cover of Lionel Richie’s ‘s “All Night Long”. Did I mention they two main members were only playing acoustic at first? Between every song there were discussions, arguments, jokes, staged conflicts, and while the performance seemed chaotic, the events were well-crafted comedy routines. The highlight for many audience members was the infamous “Beelzeboss (The Final Showdown)”, and of course the big D embellished the set with their impressive repertoire of rock music and Black’s lightning fast improvisational skills. 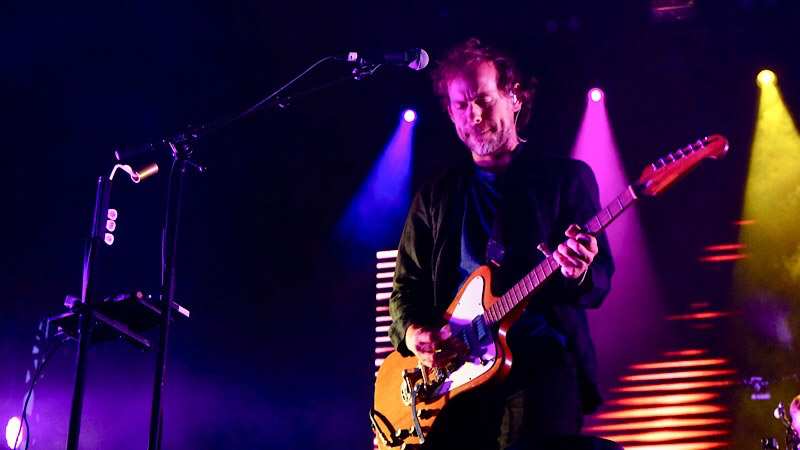 Touring again after last year’s Grammy win, The National took the stage first with just a spotlight on Matt Berninger, whose deep vocals resonated. After a minute, the music kicked in. The Dessner brothers (Aaron and Bryce) played guitars while the Devendorf brothers (Scott and Bryan) held down the rhythm section. Berninger was powerful as a frontman, tilting his head while he sang, and using expressive and emotional arm gestures. At one point, he spent a while singing directly in front of the audience at the security barrier. The band played in front of a large video screen with abstract multi-colored images, which added a lot to the presentation when the band were playing slowly. After a whopping 18-song set, the band closed down the festival with an acoustic, sparsely instrumented rendition of the sing-along “Vanderlyle Crybaby Geeks”.