Storms shortened, but did not dampen, Day Two at Shaky Knees.... 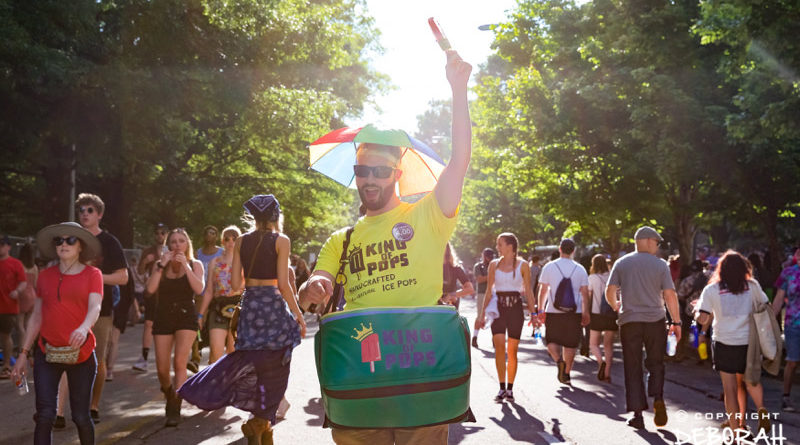 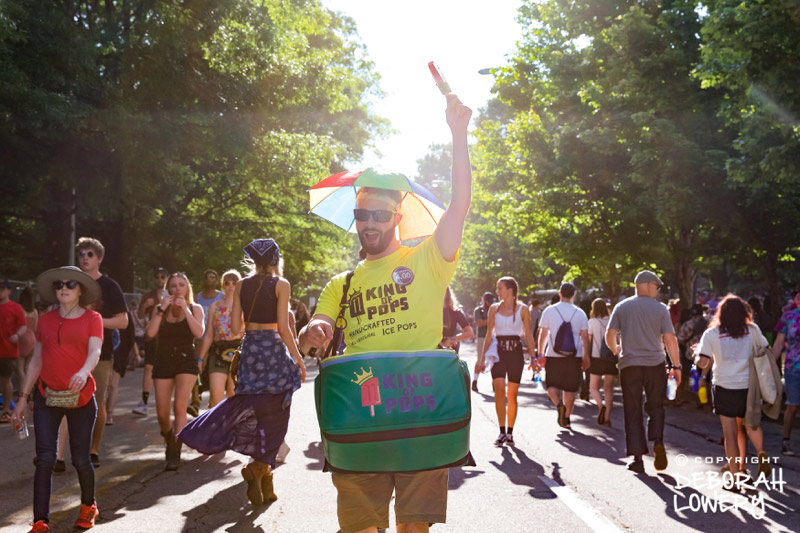 The weather has become more & more of an issue for outdoor music festivals. No longer does one just worry about it raining, or even storms cancelling a performance. Now there’s a longer lead on worries, and a day’s event can be pushed forward or even pre-cancelled just due to what’s seen coming on the Doppler Radar, as everyone from festival organizers to local authorities play it safer & safer & very safe. Thankfully nothing was cancelled, as the rains came late enough to get in a shortened Day Two at Shaky Knees. 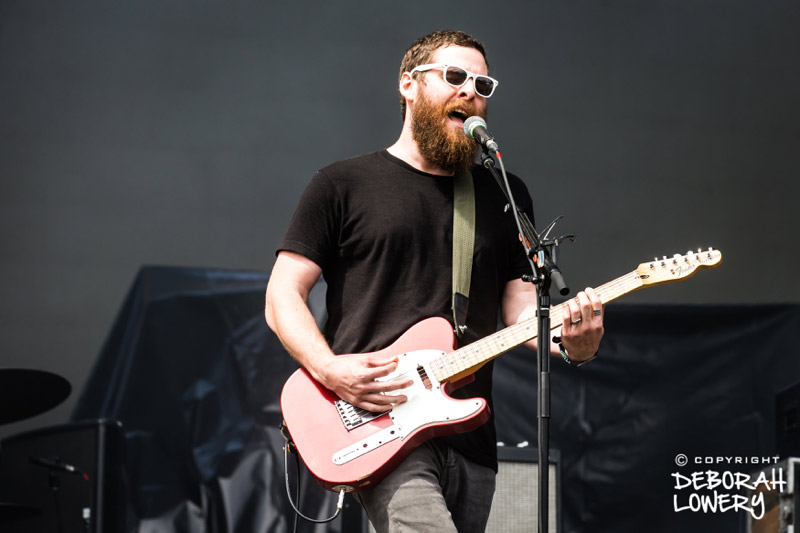 “Okay, we haven’t played a show in seven years,” thus started Bad Books at the Peachtree Stage.  The team-up between Kevin Devine and Manchester Orchestra’s Andy Hull & Benjamin Homola, the time away from their reading material didn’t slow down their laid-back set.  Out-of-nowhere awesome was Jade Bird on the Ponce de Leon Stage, the young Brit was excited to be “Hot-Lanta,” because that’s what all her American friends call it.  She felt right playing in the south, with a bit of a honky-tonk sound in there. 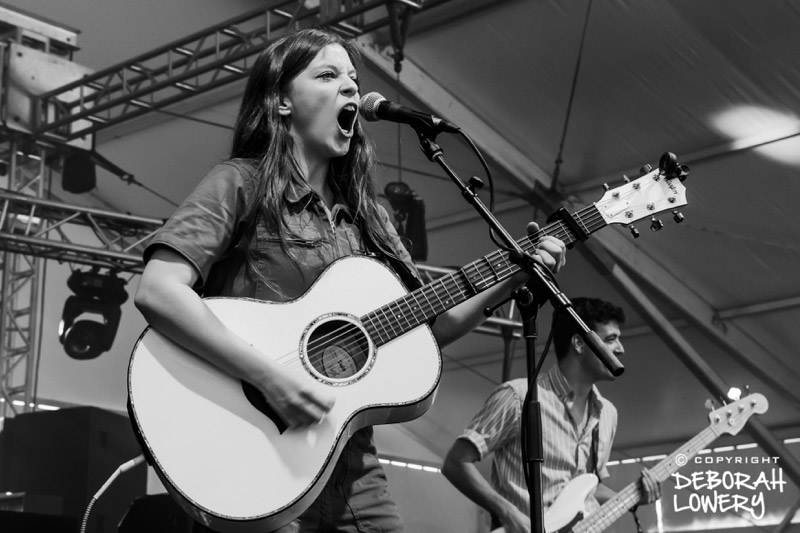 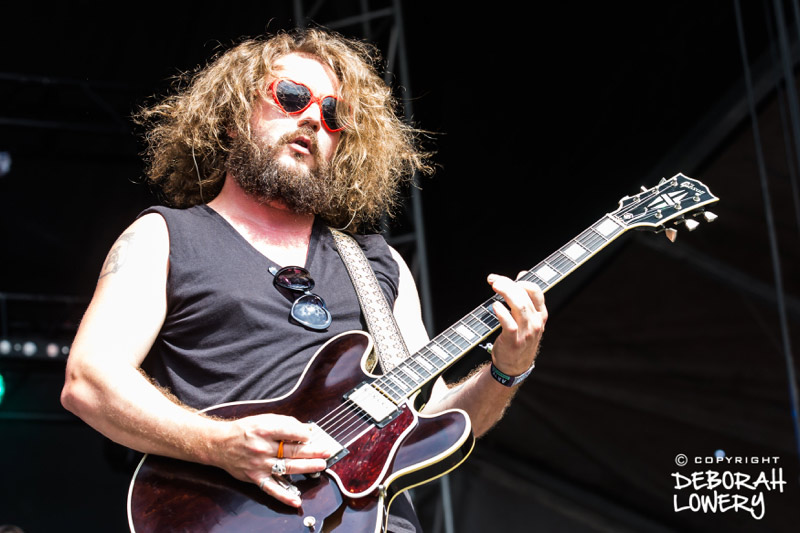 While Jim James is of course best known as frontman for the highly successful alt-country outfit My Morning Jacket, he’s also forged his own side-solo career, and was nicely rocking at the Piedmont Stage (but you knew that already). 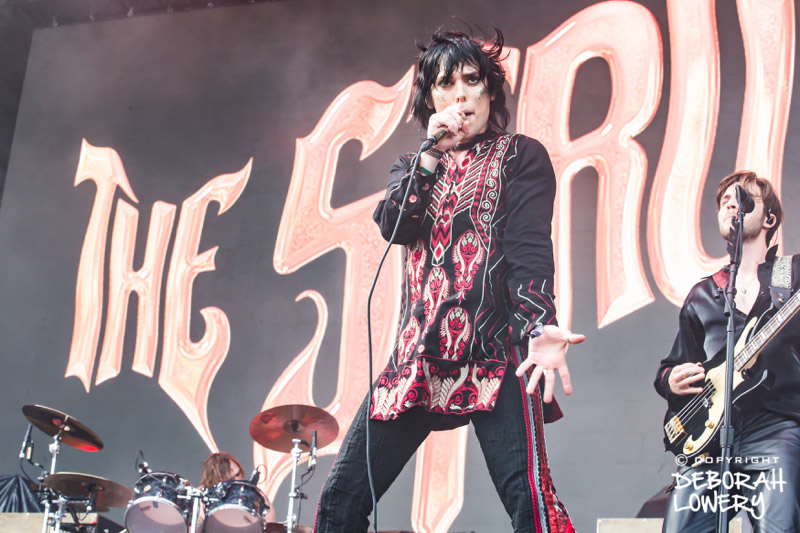 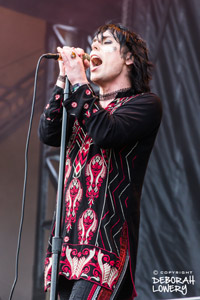 With a name like The Struts, you kind of know what you’re going to see going in, but they were that & more at the Peachtree Stage. Yes, they were strutting around, “Rocking your American asses!” Singer Luke Spiller did make like Mick Jagger, but also introduced the band, and they were all there to have fun, because yes, retro, and yes, fun. There was particularly good interaction with the audience, from hands in the air to, “We don’t have fireworks because we spent it all on my outfit,” so instead had “human fireworks” of the crowd literally getting down (unless very pregnant or would break a leg, “You’re in America and you have to pay for that shit…”), then jumping up. If you don’t remember their songs, you do remember The Struts. 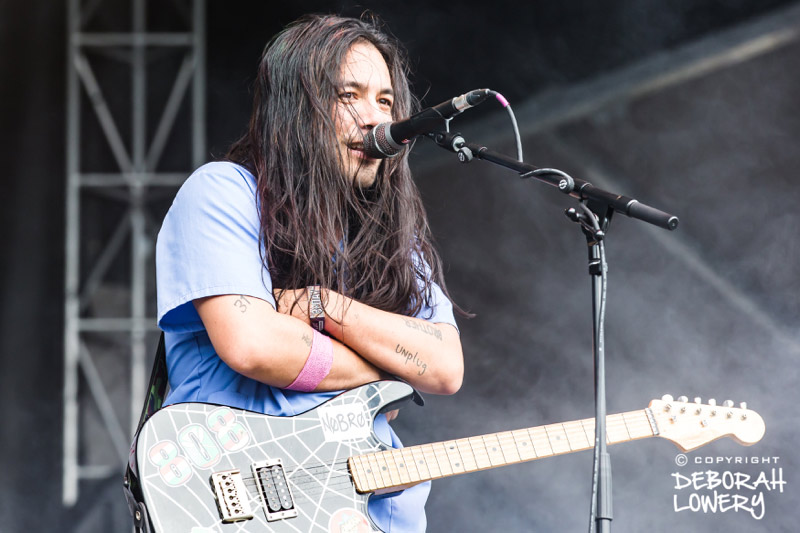 Another act having fun on Day Two was FIDLAR at the Piedmont Stage, but these Los Angeles punks always have fun. Of course they started with a song about alcohol, but didn’t play their classic, “Cheap Beer” (perhaps because no beer is cheap at a festival…). They made a great one-two with The Struts, and yes, there were crowd-surfers. 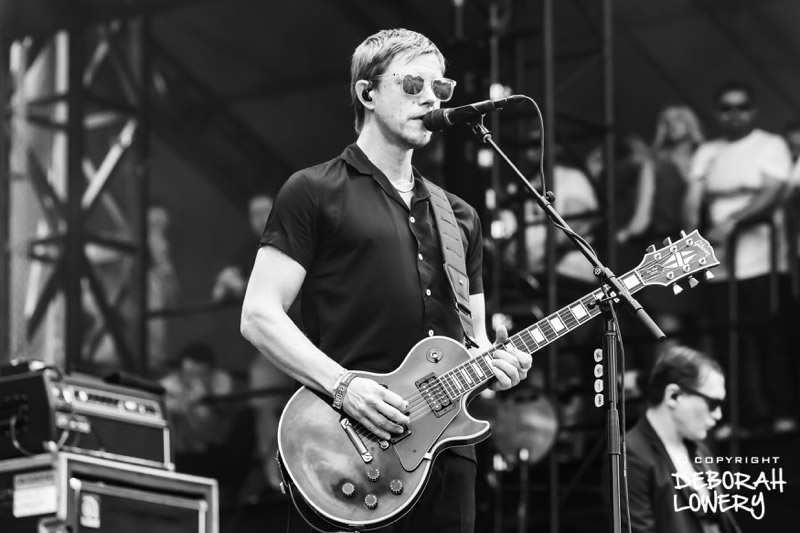 It was a surprise when Interpol started playing almost a half-hour early at the Peachtree Stage, but that stage & Piedmont had been pushed forward due to storm threat, so that the whole festival would end by 9:30 PM, not 11:00 PM as originally planned. It even seemed like Interpol were playing faster, and playing more of their Lower East Side early-2000s break-out songs to fit into the shorter set, and while they’ve definitely got great newer material (and redeemed themselves for poor major label record Our Love To Admire – QRO review), it’s the old ones that are still the sweetest, especially at a festival [and/or if you’re a New Yorker of a certain age, away from home…]. 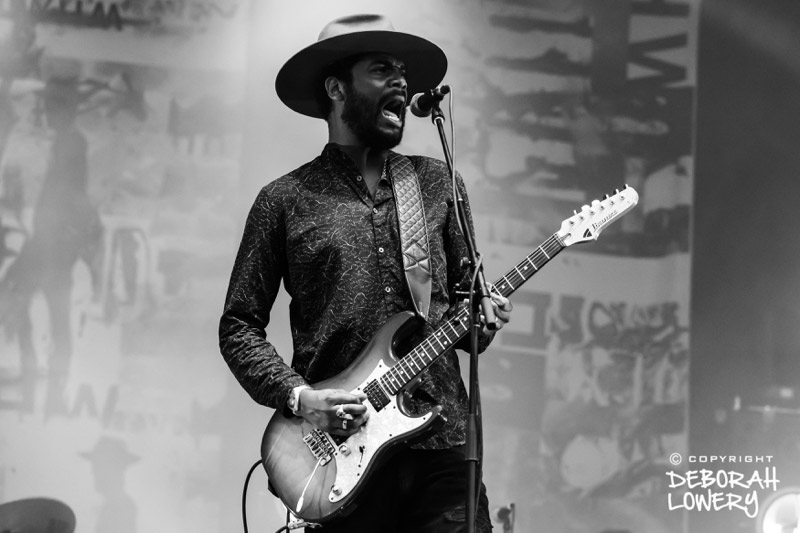 Also pushed forward on the Piedmont Stage was Gary Clark Jr. Unfortunately, blues don’t lend themselves of speeding up the way that indie-rock or punk does, but guitar man Clark was still holding it down up there. Not pushed forward were The Dandy Warhols on the far Ponce de Leon Stage, but now the alternative veterans were playing against the headliner, and in the rain, lowering their draw (QRO photos from the night before in Atlanta). 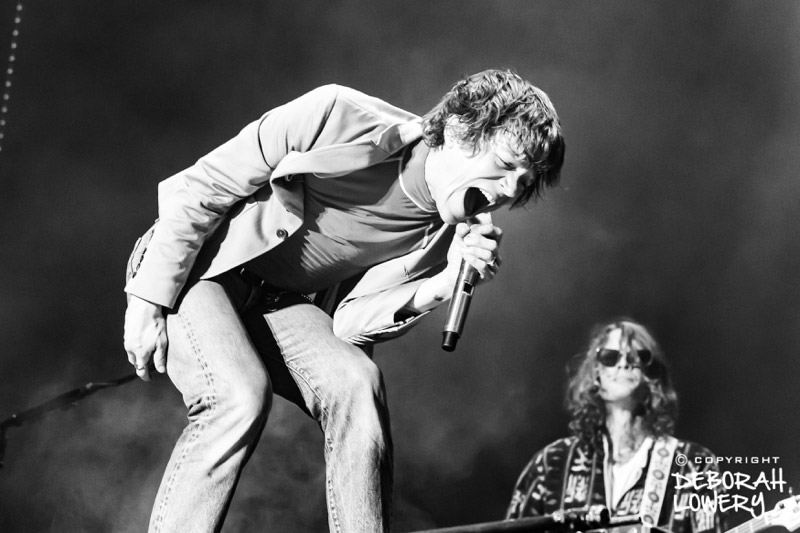 Yes, it was raining as bill-toppers Cage the Elephant went on the Peachtree Stage, but if there’s a band to play in the rain and not slow down, it is Cage the Elephant. The group has long impressed at festivals, moving up the bill chain to the point where they’re well deserved headliners at Shaky Knees. Coming to Atlanta after the recent release of Social Cues, they had extra oomph. 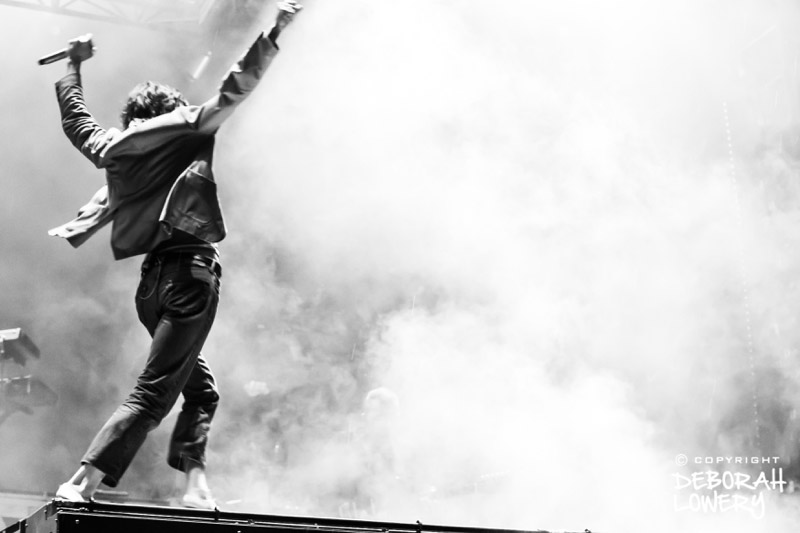